Tesla Model Y prototype makes it all the way to Michigan, watch it zip by cars

Tesla appears to be conducting long-distance driving tests of Model Y prototypes on public roads as one prototype has been spotted all the way in Michigan.

Watch it zip by cars in a new video.

Over the last month, Tesla appears to have started its Model Y test program on public roads, as several sightings have been reported.

Most recently, we reported on a Tesla Model Y prototype being spotted with its hatch opened next to a Model 3.

Most sightings have been in the Bay Area near Tesla’s headquarters and Fremont factory, but one prototype was also sighted in Washington state.

Now we’ve seen a Model Y prototype going even further – all the way to Michigan.

Redditor ‘detroit_kp313‘ filmed the car zipping by him in Bay City, Michigan yesterday:

The red Model Y prototype appears to have been doing a lot of driving based on how dirty it was.

It was also spotted at the local Supercharger station:

Interestingly, Model Y prototypes have been spotted with a variety of different wheels and this time, the vehicle is featuring yet another design.

It appears to be the same as the Slipstream wheels, which are available in 19″ and 20″ for Model S and Model X.

We can also see a major gap on the driver’s door: 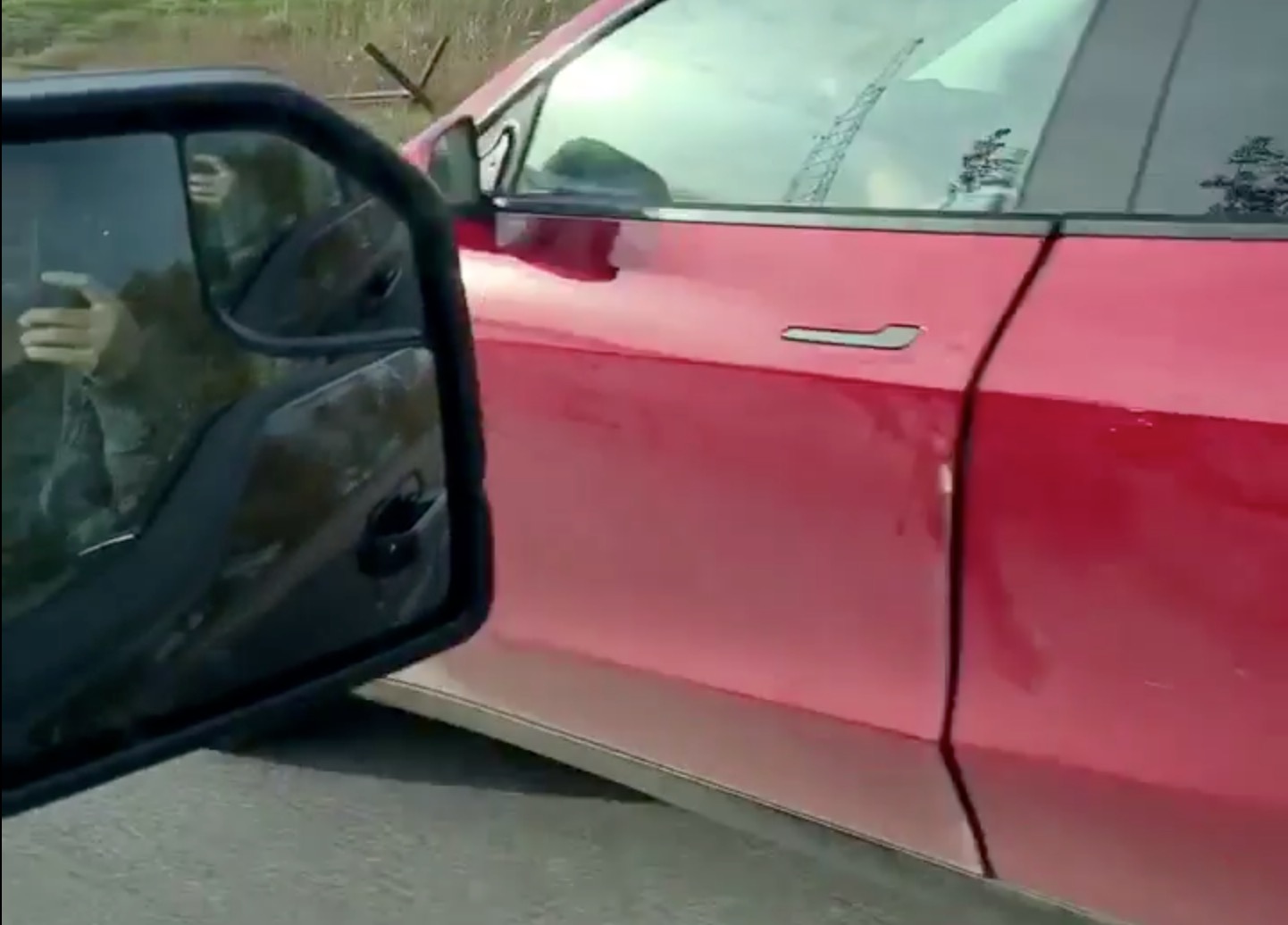 It’s unclear if the door is not closed properly or if it’s an alignment issue, but it’s not alarming to see panel gaps at this stage in testing.

Tesla had some alignment issues with early Model 3 prototypes, but the situation was resolved early in the production process.

Earlier this week, Tesla announced that Model Y production is ahead of the original timeline and they are now aiming for summer 2020.