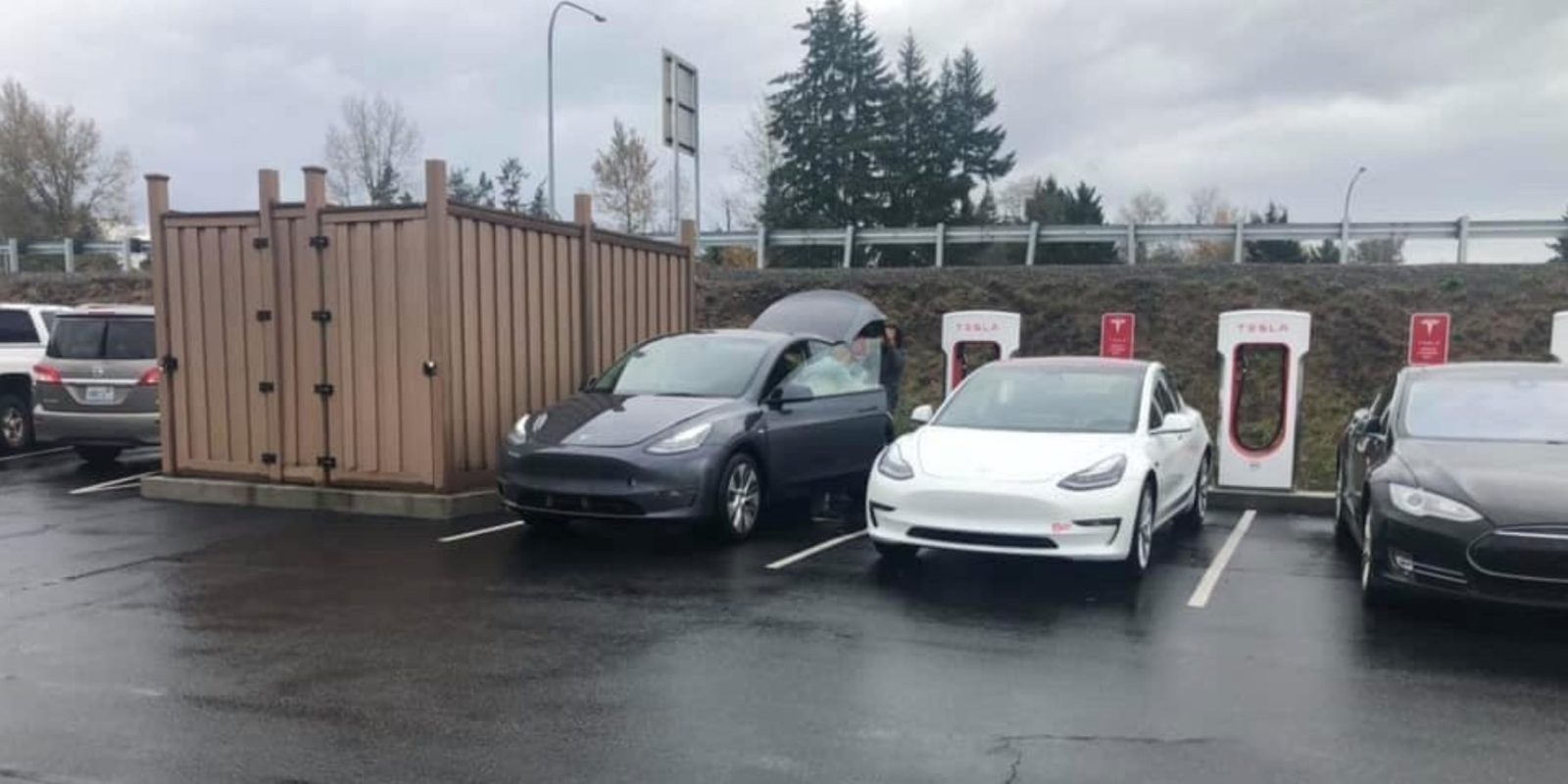 Tesla Model Y prototype sightings are ramping up and now one Model Y was spotted next to a Model 3 giving a rare perspective on the difference in size between the electric cars.

As for the size difference, it is definitely bigger, but we don’t have all the dimensions just yet.

Now with Tesla Model Y prototypes undergoing testing on the road, we are starting to have opportunities to see the crossover next to the Model 3.

A beautiful new Model Y Midnight Silver prototype was spotted traveling north from Fremont and it has now been seen twice in Washington state.

The second sighting was next to a Model 3 at a Supercharger station (via Mario Borisov on Facebook):

It is resulting in a rare look at the two vehicles side by side and it’s clear that the Model Y sits a little higher than the Model 3, but not by a lot.

We also get a look at the large hatch door opened, which might be a first – albeit not a great view of the opening.

At the launch event earlier this year, even though Tesla offered test rides, it didn’t let attendees open the trunk.

The Model Y’s trunk is going to offer some significant cargo space depending on the configuration.

Tesla also said that it plans to offer a third-row seat configuration, which is going to enable 7 seats but it will reduce cargo space.

As for the size comparison, some people have tried to use overlaid images to get an idea (via sreams on TMC):

Tesla says that the Model Y production program is going to require a much lower capital investment than Tesla’s previous programs due to efficiency improvements and the new crossover SUV sharing 70% of its parts with the Model 3.

We expect to see more Model Y prototype sightings in the coming months as Tesla tests the electric vehicle ahead of the start of production.