Several Tesla Model Y pre-production vehicles with new wheels were spotted on a carrier near Tesla’s Fremont factory ahead of production.

In March, Tesla unveiled the Model Y, an all-electric crossover with up to 300 miles of range.

Tesla plans to bring the vehicle to production in fall 2020.

The automaker has achieved an annualized production rate of about 400,000 cars at the factory, and it has talked about raising the capacity to 500,000 units per year.

CEO Elon Musk previously mentioned that he sees potential for Tesla making up to 1 million cars per year at the Fremont factory.

With this potential for higher output, Tesla considered the Fremont factory as a location to produce the new Model Y.

After about a year of debating it, the automaker confirmed in July that it will build Model Y in Fremont.

Less than a year away from production, we recently learned that Tesla is working on a fifth assembly line at the Fremont factory ahead of Model Y production.

Now several Model Y pre-production vehicles have been spotted near the factory (via Francis Tang on Instagram): 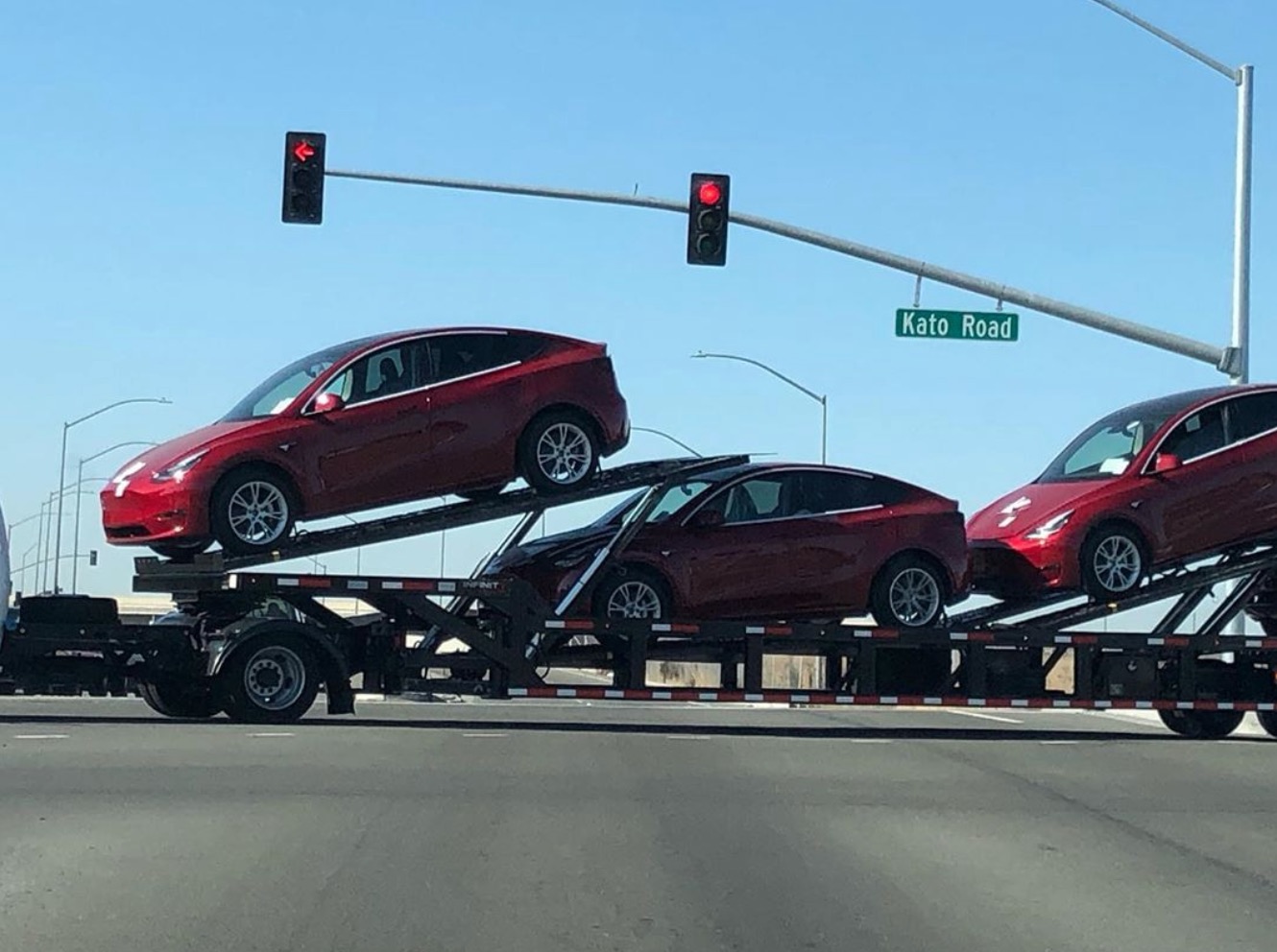 Two Model Y prototypes were previously spotted being tested around Tesla’s headquarters in Palo Alto, but it’s the first time that so many vehicles have been spotted together.

The fact that it was spotted near the factory is also interesting, as people are wondering at what stage of preparation of Model Y production Tesla is currently working on at the factory.

This new Model Y appears to be equipped with new wheels that we have never seen:

It’s not clear if those wheels are supposed to have aero caps on them, but it’s a possibility.

It’s also the first time that we are seeing red Model Y vehicles.

These Model Ys don’t have a full chrome delete like previously spotted prototypes. There’s chrome trim around the windows, but the door handles are still the same color as the body.

There have been some rumors that Tesla is ahead of schedule on Model Y and could release the vehicle sooner.

I would be surprised if that’s the case.

I also wouldn’t say that this spotting is necessarily evidence of it either, but it’s nice to see more Model Y pre-production vehicles.

Tesla never released the reservation numbers for the Model Y, but I think the demand will be high, especially as production gets closer and people start to feel like the new electric crossover is ready.

I expect Tesla will start talking about it more next year, closer to production.

It will be interesting to see how much Model Y production capacity Tesla can squeeze in at the already busy Fremont factory.