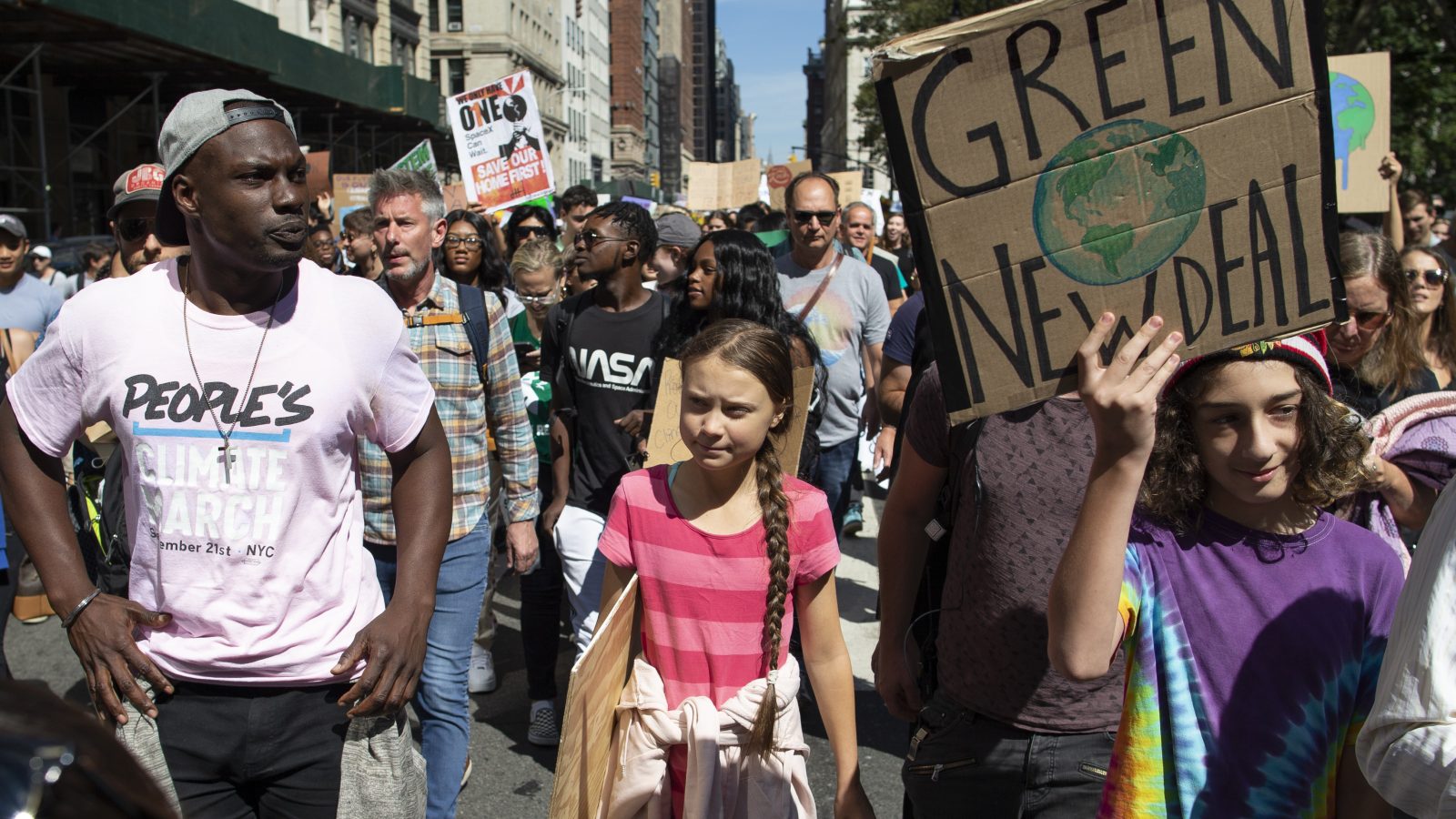 The Global Climate Strike took place yesterday, and turnout across the world was monumental, from millions in big cities to small groups in villages. Electrek put together a roundup of photos and videos from marches around the world — check them out here.

We also wrote on Wednesday about the lead-up to the strikes, in which over 3,500 events were planned on six continents and 117 countries. The marches’ hashtag is #ClimateStrike, where you can find out more about yesterday’s marches on Twitter. The marchers want three things: to protect, restore, and fund natural climate solutions.

Even my small Florida city of St. Petersburg got busy yesterday:

Millions across the world want governments and businesses to address climate change, but there’s one head of state who blatantly refuses to even acknowledge that climate change exists, much less today’s global protests. Guess who?

Donald Trump will not be attending the United Nations climate summit on Monday, according to the Guardian. Instead, according to a senior UN official, he has booked a room at the UN in New York so that he can address a group on religious freedom.

Representatives from about 60 countries are expected to address the UN on Monday on the further commitments they are making to slash greenhouse gas emissions and deal with the flooding, storms, and other impacts of global heating.

It’s most importantly a snub to the young people pleading for action on climate change. Donald Trump has made very clear internationally and domestically he has no interest in the science or this issue. It’s up to the rest of the world to get on with its business.

It’s a tragedy that the United States isn’t participating — and even more so that many US leaders aren’t listening to so many of its citizens.

The US’s northern neighbors care. A lot. In a poll of nearly 1,600 Canadians, according to Canada’s National Observer:

77% of respondents said they either strongly or partially agreed with the statement, “The world is facing a climate emergency and unless greenhouse gas emissions fall dramatically in the next few years global warming will become extremely dangerous.”

Further, half of those polled said the Canadian government had not done enough to address climate change. And 43% felt strongly that politicians put the interests of big oil companies ahead of communities.

Inside Climate News profiles Nolan County, West Texas, where wind farms are prolific. The first wind farms were built in the area in 2001.

If Texas were a nation, it would be the sixth-largest wind energy producer in the world. The bulk of that power is coming from the Nolan County region. And so the reddest parts of Texas are responsible for supplying upwards of 12% of the state’s energy needs every month with clean, green kilowatts.

But the people of Republican West Texas (75% of voters there voted for Trump) aren’t driven by climate change — they love wind power because it brings jobs, income security, and energy independence that moves them away from oil, which workers say is dirty and dangerous. The article describes the thinking of Scott Maxey, 31, who works in wind power:

Protecting the environment is not his motivation for getting involved in the industry. Sure, he said, it’s important to be “responsible stewards” of the earth. “There’s no reason to pollute rivers. There’s no reason to go down and just mow down environments just because we can. Totally not okay.” But he went into this field for one reason only: job security.

Hey: Whatever it takes. Because while the climate crisis is an emergency, jobs and flourishing communities are also crucial, and if wind power causes those positive outcomes, then everybody wins.

Meanwhile, hurricane season continues with a vengeance. Last week, we highlighted the Environmental Defense Fund’s explanation of how climate change makes hurricanes more destructive. We also included a video from Vox that explains it visually. So have a revisit with the link above and then keep those in mind as we review this week’s damage.

Hurricane Humberto hit Bermuda as a category 3, leaving 80% of the island without power:

And in Texas, Tropical Depression Imelda smacked Houston and surrounding areas with tornadoes and heavy rains:

Journalist Stephenie Livingston writes an op-ed in Bustle’s “What’s Missing” column about the importance of including rural women in the conversation about climate change. She grew up in rural Florida. Here are excerpts:

The realities of rural life in America are too often shrouded by stereotypes, and the biases people have against the places rural women inhabit threaten to render our climate change-induced plight invisible.

Stereotypes that paint rural women as backward and ignorant lead to roadblocks that then make it even harder for them to be heard.

We need women who truly understand rural life talking about the problems climate change causes and the solutions, too. Those solutions include consuming less, using what we have more efficiently, and living closer to work, which are ways of life rural people know better than anyone.

Our voices can speak solutions into being. Our voices are both vulnerable and strong. Our voices can reach beyond small towns and farms. It’s time to break down the stereotypes and bring women from rural areas into the mainstream conversation, because if we don’t, we risk silencing the perspectives of more than 19 million potential warriors in the climate crisis.

What’s greenwashing? Bloomberg TicToc explains the term in a video. Basically, it’s “when a product or company appears to be more environmentally friendly than it actually is.” Watch below:

Greenwashing is when a product or company appears to be more environmentally friendly than it actually is.

Have you ever fallen for it? Tell us in the comments 👇#CoveringClimateNow: pic.twitter.com/kvjQ4qXf1L

Yoder served on Trump’s agriculture committee and chairs the North American Climate Smart Agriculture Alliance. He grows corn, soybeans, and wheat on about 1,500 acres. Here are some of his thoughts about farming and climate change from AG Insider‘s Q&A with Yoder:

My philosophy is, let’s forget if climate change is man-made or natural. The climate is changing, and it’s time to put aside all the politics and say, “How do I adapt and remain profitable?” So at least we’re talking about it, even the far-right wing, the ones who claim climate change is a hoax. They are realizing something is happening on their farm.

The only way farmers will agree to change what they’re doing is if there is an economic incentive to do it. They’re interested in surviving, because so many things are going against them right now. That said, farmers are finally willing to talk about climate change in a new way. They understand that the climate is changing and we have to adapt to whatever the climate is going to be.