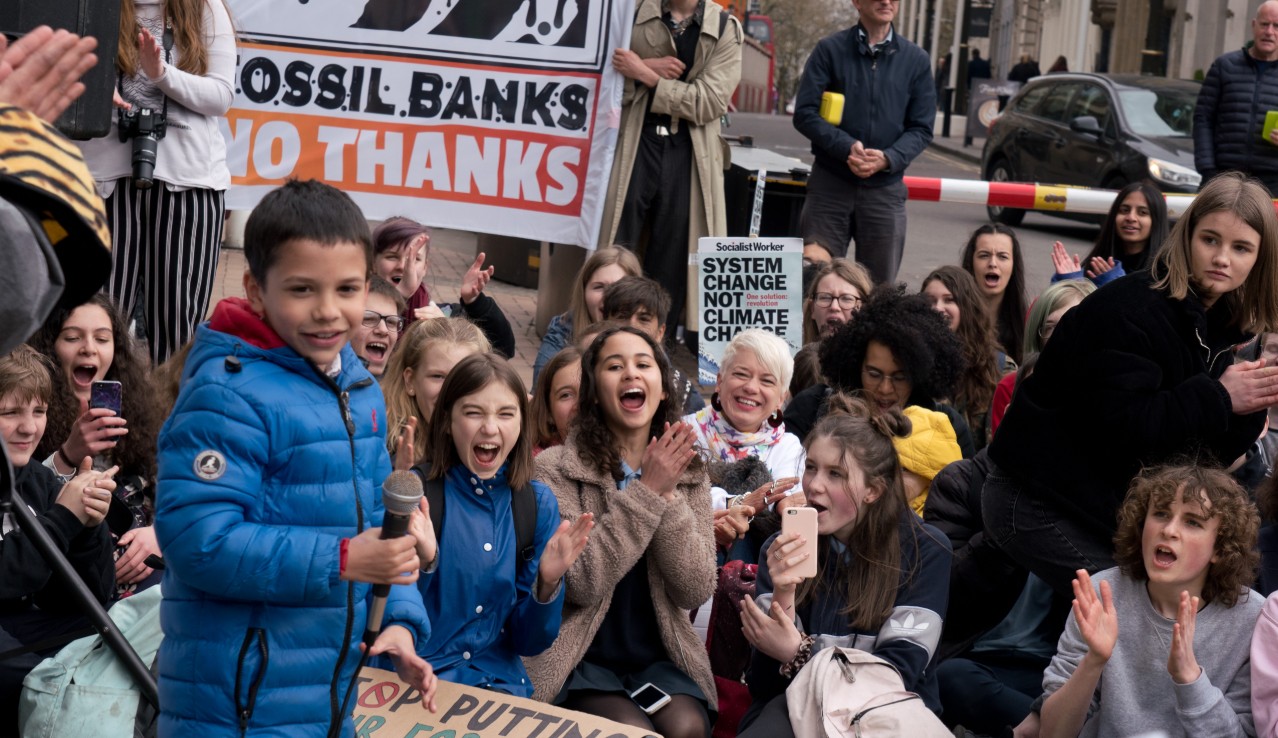 The youth climate strikes are set for this Friday, September 20, and it’s going to be huge. School Strikes/Fridays for Future is set three days ahead of the United Nations Climate Action Summit. Swedish climate activist Greta Thunberg, 16, is the global strike’s pioneer and is leading the event. There will also be a walkout on September 27.

Here’s Thunberg speaking at George Washington University on September 16, where she was made Amnesty International’s 2019 Ambassador of Conscience:

GlobalClimateStrike.net says there are “over 3,500 events planned” on six continents and 117 countries (and around 800 events in the US). For example, New York City, the US’ largest school district, is excusing students from school to attend the march, and Seattle City Council urged public schools to allow students to take part in the event.

Young climate strikers are hitting the streets and demanding “an end to the age of fossil fuels,” according to their website, which gives information about the marches, and how to organize more events or take part. (Adults are welcome, but young people are leading this movement.)

School Strikes/Fridays for Future describes itself as “an organic grassroot mainly youth-led mobilization, which has sparked what is one of the biggest (if not the biggest) global climate mobilization to date.” The marches’ hashtag is #ClimateStrike.

SunPower has launched Equinox Storage, a new battery for residential customers. Equinox Storage is made specifically for the company’s Equinox Solar solution, a fully integrated system. SunPower calls it “the only home solar and storage solution designed by one company.”

SunPower had previously used Sonnen and Tesla batteries with its residential systems.

Eligible SunPower Equinox Solar customers in California can preorder Equinox Storage, which has up to 12 kWh of storage capacity, in November. That’s enough power to run lights, essential appliances, and Wi-Fi.

Installation is expected in the first half of 2020. Availability will be expanded across the US through 2020.

Bill Gates: how we should invest in green energy now

Philanthropist and Microsoft co-founder Bill Gates told the Financial Times that those who want to support green energy would be better off investing in technologies that slow carbon emissions, not divesting in fossil fuels. He said:

Divestment, to date, probably has reduced about zero tonnes of emissions. It’s not like you’ve capital-starved [the] people making steel and gasoline.

When I’m taking billions of dollars and creating breakthrough energy ventures and funding only companies who, if they’re successful, reduce greenhouse gases by 0.5%, then I actually do see a cause-and-effect-type thing.

Activists don’t necessarily agree with Gates; they feel that divestment makes it easier for governments to act on climate change and that it breaks the lobbyists’ hold on politicians.

Further, Gates said in an interview with Bloomberg Television that wind and solar have been established sufficiently that they no longer need government subsidies, and that those subsidies should be given to emerging technologies instead, according to Fortune. He includes energy storage, which is still expensive, in the emerging technologies sector.

Do you agree with Bill Gates? Let us know in the comments below.

GE‘s Haliade-X — the world’s largest wind turbine — is set to start turning offshore near Rotterdam in the Netherlands, reports Recharge News. GE expects to have the prototype up and running in October.

GE is spending $400m over “three to five years” to fund engineering, testing, and supply-chain development of the machine.

GE calculates that the Haliade-X will translate into $35 million to $50 million more revenue per unit over the life of a wind farm compared to its “ultra-large-class” rivals.