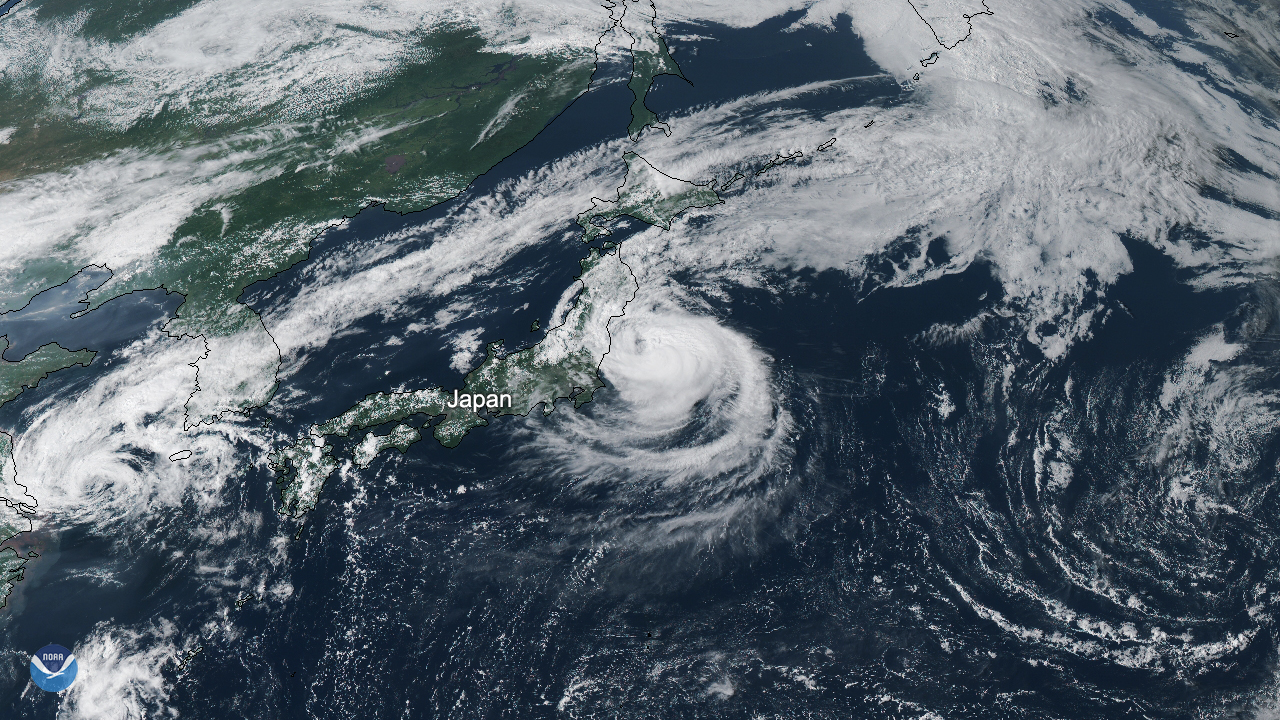 2019 has not been a good weather year — and that’s an understatement. It could be one of the most disastrous in 20 years before we move into 2020. According to the Internal Displacement Monitoring Center in Geneva, extreme weather events displaced a record 7 million people globally during the first six months of this year.

There was Cyclone Fani in May in Bangladesh and India (3.4 million evacuated), and Cyclone Idai in southern Africa in March, which killed more than 1,000. There was flooding in Iran in March and April that affected 90% of the country, and massive flooding throughout the US Midwest and South in the first half of the year.

And that was before Hurricane Dorian battered the Bahamas, parts of the US Eastern Seaboard, and Nova Scotia last week. Typhoon Faxai (pictured above) hit Japan on Monday. Faxai was one of the strongest storms to hit Tokyo in a decade, with record-breaking winds. (FYI, the only difference between a hurricane and a typhoon is the location where the storm occurs.)

With the impact of climate change, in the future these types of hazards are expected to become more intense. Countries that are affected repeatedly like the Bahamas need to prepare for similar, if not worsening, trends.

And we’re not done yet, as we’re still in storm season. “The monitoring center estimates that the number of disaster-related displacements may grow to 22 million by the end of the year.”

Michelle Bachelet, the UN high commissioner for human rights, addressed climate change in her opening statement on September 9 during the global update at the 42nd session of the Human Rights Council.

She made five major points that she thinks should guide the world in climate action:

Bachelet said, “the world has never seen a threat to human rights of this scope.” Her entire speech can be read here.

As we’re at the height of storm season, the Environmental Defense Fund spells out very clearly and simply how climate change makes hurricanes more destructive on their website. In a nutshell:

And for those of you who prefer visual learning, Vox made this video in 2017 that explains how climate change makes hurricanes worse:

The British National Farmers’ Union says that farming can become climate neutral by 2040 without cutting out beef consumption. Agriculture causes about 10% of carbon emissions in the UK. (Farmers say they want to combat climate change; they work outside, and it affects their crops.) Their plan? Here’s a paraphrase from the Guardian:

Germany is planning to spend up to €75 billion ($83 billion) by 2030 to combat climate change, according to a proposal from the Transport Ministry.

Proposals call for tax breaks and subsidies to bolster electric car purchases, the construction of new cycle paths, improving public transportation, promoting alternative fuels, and overhauling the railway network, among other measures, to tackle the destabilization of Earth’s climate system.

The German government is expected to present a program by September 20.

Anchorage retailers will no longer be allowed to hand out plastic bags to customers. This also includes biodegradable bags, because the Alaskan city-states that they don’t biodegrade well in their climate.

“Sellers may provide non-plastic bags, such as paper, at a minimum cost of $0.10 per bag up to a maximum of $0.50 per trans action,” according to the Municipality of Anchorage’s website. Produce and meat bags have unfortunately escaped the ban. Weirdly, so has plastic bags for newspapers or an unfinished bottle of wine. (People, finish your wine and skip the bag.)

The Alaskan city is rightly pushing reusable bags. But while the single-use ban is welcome, perhaps it could have been a bit more stringent.

The Global Commission on Adaptation released a report on September 10 that details the ways in which the world needs to adapt to climate change in order to become resilient.

Commissioners are made up of world leaders in such sectors as government, business and NGOs, from Bill Gates to Ban-ki Moon to Paris mayor Anne Hidalgo and Kristalina Georgieva, CEO of the World Bank.

The 5 areas the commission recommends we invest in are:

The commission states that if these five areas were implemented, total net benefits would be worth $7.1 trillion. The commission recommends paying for it with public sector, private sector, and international financial support in developing countries.

For those of you who are educators and want and/or need to teach their students about climate change, Yale Climate Connections provides a handy list of nine climate-change books to use. (Or hey, maybe you just want to learn more about it yourself.) You can peruse the list of nine by reading their article, but here are three books to start with: