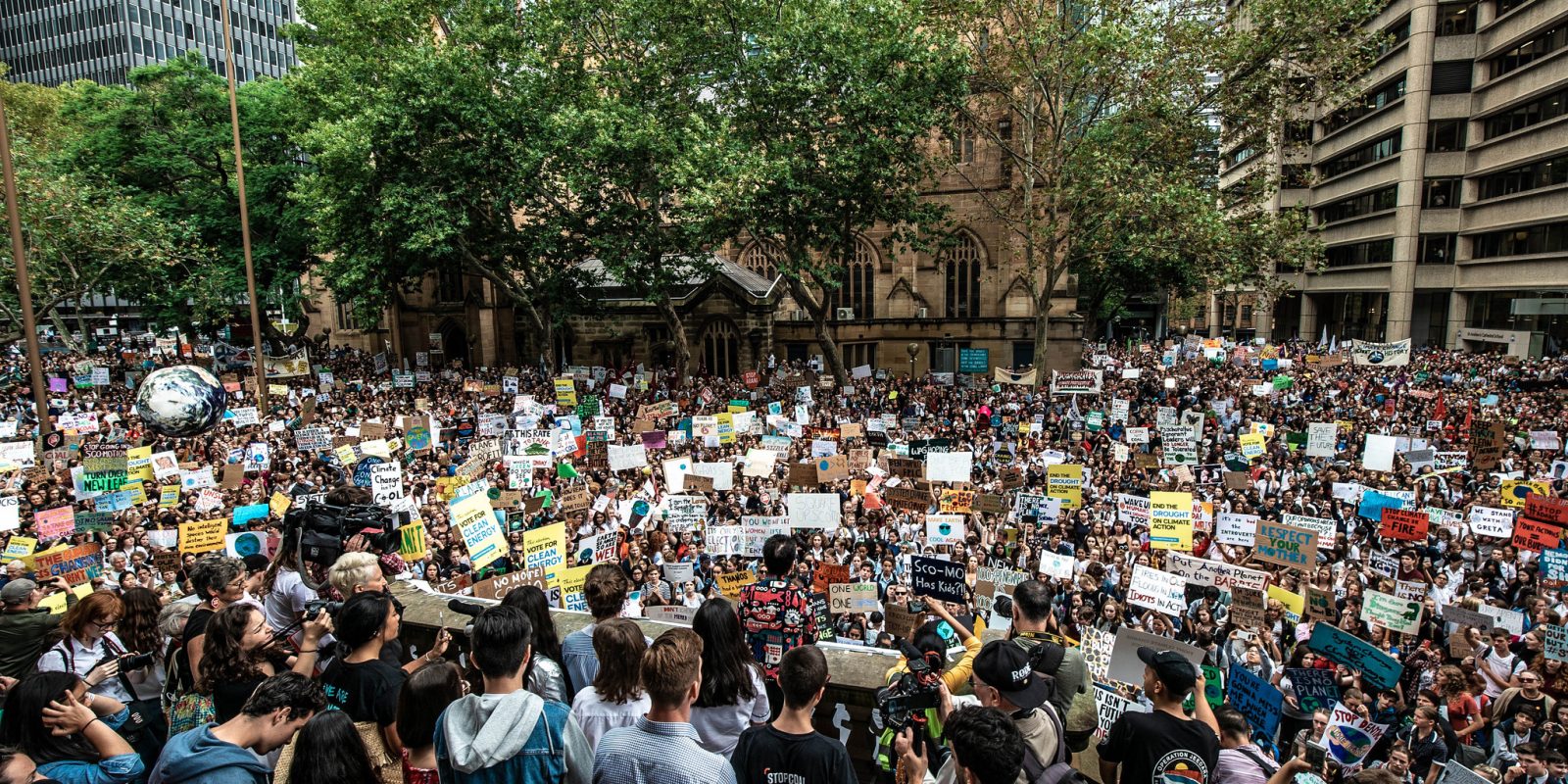 Six months after youth took to the streets around the world demanding climate action, more climate strikes are scheduled this coming week. The strike events are mostly planned for Friday, September 20 and 27, but several more will take place in the interim.

There are a total of over 3,500 events happening in 117 countries, with 800 events planned in the US alone. The events are largely organized and led by youth, but anyone who desires climate action is welcome and encouraged to walk out and attend your local demonstration.

The September 20 event comes three days before an emergency UN climate summit in New York, and some of the events for the week are planned for September 23 to coincide with this summit.  September 27 coincides with Earth Strike, an organization advocating a global “general strike to save the planet.”

This article will crib from our coverage of the March strike and will cover the genesis of the movement, why it’s necessary, resistance to the protests, and how we can move forward.

Genesis of the movement

Both of the main dates — the 20th and 27 — are Fridays. The inspiration for many of these strikes has been the “Fridays for Future” movement, started by Swedish activist Greta Thunberg, 16.

In August 2018, Thunberg began to sit in front of Swedish parliament every schoolday, advocating for climate action. Her reasoning was: Why bother going to school to secure your future when those with political and economic power are currently acting to dismantle that future? 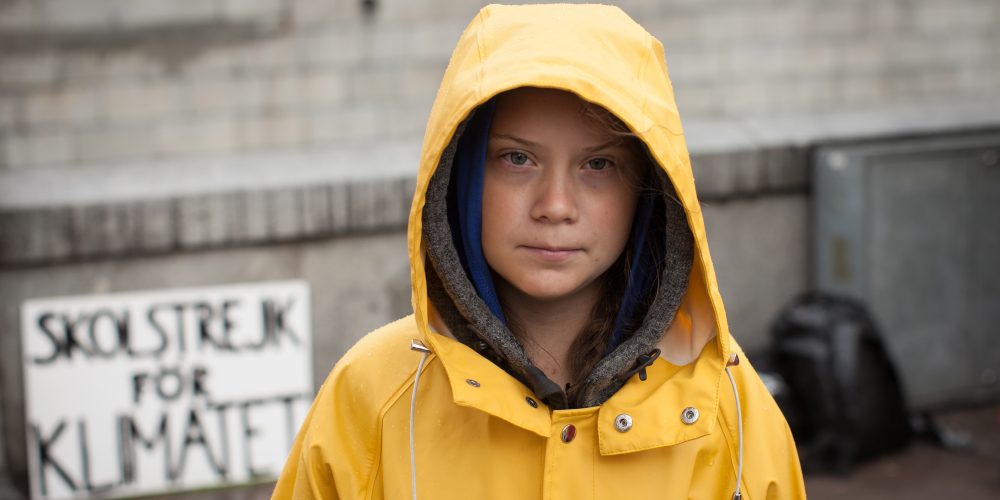 Since then, she has continued to strike every Friday and encouraged other youth to do the same. And they have, as over the course of the last year and a half, there have been many youth protests around the world over climate inaction.

In addition to these protests, she made international headlines when she confronted the world’s elites at the World Economic Forum in Davos. Her message in Davos was that children do not have the wealth or political power to effect change themselves, so it is the responsibility of those who do have that power to act sensibly and not ruin the living systems that these children’s future relies on.

Many applauded her precociousness, including those who she confronted, though commitments toward action were noticeably absent.

Thunberg echoed this attitude yesterday as she addressed US Congress, stating, “Please save your praise. We don’t want it. Don’t invite us here to just tell us how inspiring we are without actually doing anything about it.”

She plans to attend the strikes in New York City and the UN climate summit, after traveling to the US by boat to curtail her own travel emissions. New York schools have excused their students who wish to attend the march on Friday.

Climate change is different from other problems because we cannot negotiate our way out of it. On the other side of the negotiation table is physics, and physics is not known for budging when asked politely to do so. It has set a time limit, an ultimatum, and we humans have no choice but to respect that ultimatum and act accordingly.

Scientists largely support the cause of these youth. An article in April’s issue of Science magazine was titled, “Concerns of Young Protesters Are Justified,” and tens of thousands of scientists have expressed their support for these strikes, including in an open letter organized by climate organization 350.org.

We’ve had decades of observational confirmations that this problem is bad and getting worse than we expected. In general, our observations have matched up with worst-case scenarios of predictive models as we’ve continued with action that is largely too soft to solve the problem. Just in the last few weeks and months, we’ve seen more and more record-breaking severe weather of the type that scientists say is likely to increase as the climate changes. 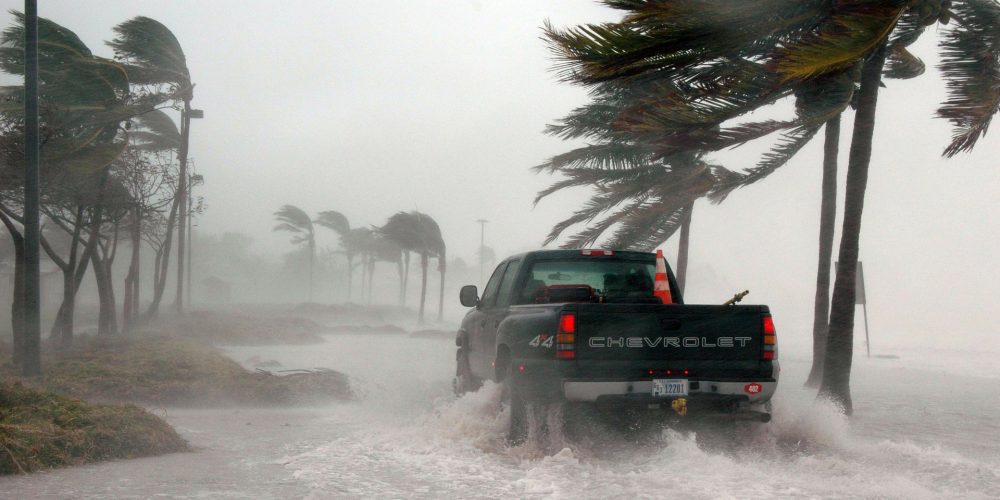 Soft action is not going to solve the problem that we have brought upon ourselves and the planet we share. When mass extinction of species is at stake, drastic and immediate action is called for.

And despite the Paris Agreement and subnational organizations like the US Climate Alliance picking up where their federal government is slacking off, very few countries are taking action. The world needs stronger action, and it needs it now.  Otherwise, these young people will inherit a much worse future from their parents.

Then what are the youth to do?  For the most part, they unfortunately do not have the right to vote on issues that will affect them for the entire rest of their lives — the better part of a century — and are instead beholden to the inaction of the rest of the voting populace.

So they are expressing their voice in the best way that they can. Unfortunately, decisions are being made for them by people who, with the “wisdom” of age, have led us into this situation and seem to have no intention of leading us out. And the younger generations are the ones who will have to suffer the effects of those decisions.

Resistance to the protests

As is the case with many protests, those who are uninterested in responsible action to save the climate or who do not respect the democratic process often write off the message of protests such as this with banal statements along the lines of “they’re just trying to get out of school.”  But this is lazy reasoning.

This protest has a clear message, so engage with that message. To refuse children the opportunity to use one of the few methods they have to express their voice is authoritarian and disrespectful to democratic values.

Those who have failed to act have lost their moral authority to condescend to children on this issue.

In a piece in the Los Angeles Times before the strike, climate communicator Bill McKibben and student climate activist Haven Coleman likened this movement to civil rights protests in the 1960s. Martin Luther King, Jr., called for a student strike and said, “Don’t worry about your children… they’re gonna be all right… For they are doing a job not only for themselves but for all of America and for all mankind.”

King, in his Letter from Birmingham Jail, also lamented those who are “more devoted to ‘order’ than to justice; who prefer a negative peace which is the absence of tension to a positive peace which is the presence of justice; who constantly say: ‘I agree with you in the goal you seek, but I cannot agree with your methods of direct action’.” To deny these youth their method of action is to deny them justice.

Indeed, this action is just and necessary. Opponents of action will say that these kids should spend their time getting educated instead of skipping school. But if these individuals stand against climate action, then perhaps they could gain a little education from these kids.

Again, science has been increasingly certain of CO2’s warming effect on the atmosphere since the 1960s (and some surmised this over 100 years ago). Little has been done in that time to confront the issue. In fact, we’ve only been accelerating. More than 3/4 of humanity’s total global fossil-fuel emissions have happened since the 1960s when we were already sure emissions were a bad idea.

The generation that has been alive all that time and failed to act — or at least those within it who argued in favor of inaction — has lost their moral authority to condescend to children on this issue.

Blame and fault — and how we can fix it

And during all of this, the kids, who are only just learning about the world they’ve been born into, see a bunch of “adults,” who all caused this problem, bickering and pointing fingers instead of taking action.

The long and short of it is that this is everyone’s problem, and we’re not going to solve it without everyone’s action. 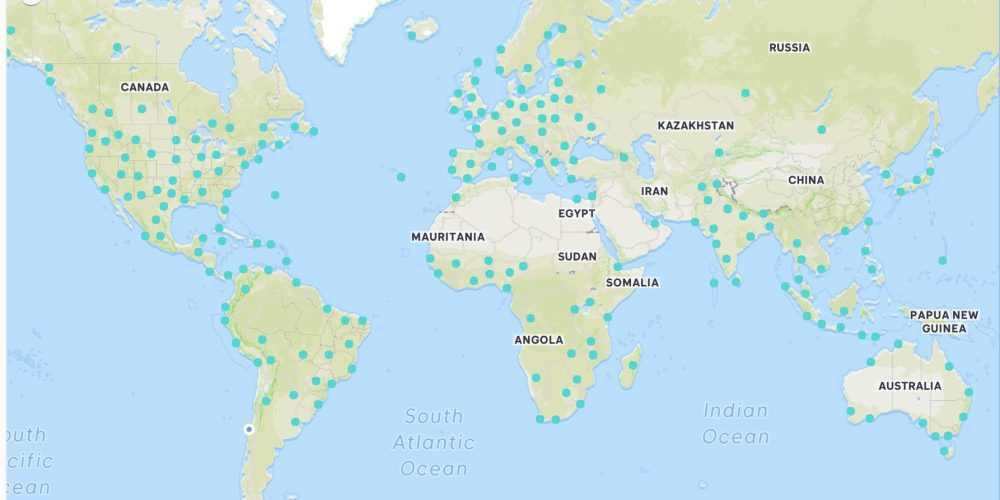 Just a few of the climate strikes planned for Friday

Individuals must act to be responsible in their consumption. Corporations must act in making their products in the least environmentally damaging way possible. Governments must act in aligning incentives such that pollution is no longer ignored, or worse yet incentivized, and to guide their populations toward a sustainable future through large-scale collective action. Media must correctly describe the severity of the problem, give it the appropriate amount of coverage, and stop letting fossil-funded lobbyists who deny science and work to harm the world control the conversation. Older generations must act by sustainably using resources so as not to steal them from future generations, or leave the world in a worse way than they came into it. Everyone needs to consider the planet we all share with every action they take.

And young people must act by holding older generations to task in whatever way they can with the limited power they have.

These strikes are their attempt at action. Thank you, youth of the world. Hopefully, we’ll see even more of this. And maybe adults will finally get it together to solve the biggest, most urgent problem the world has ever faced.

To find a climate protest near you, check the Global Climate Strike website and scroll down to view their map.  Zoom in to see more events happening in your local area. You can RSVP to a climate strike in the US here or by clicking on your country here if you’re outside the US. Events are largely organized by youth, but adults are welcome and encouraged to attend. If you are a scientist, 350.org has asked scientists to support the strike by signing their letter here.