Tesla Pickup truck: could this be the mysterious ‘Blade Runner’ design?

Tesla Pickup truck is supposed to have a mysterious design inspired by ‘Blade Runner’ and Tesla also released a teaser image that has been confusing fans.

Now an artist came up with a render that could possibly be close to what the Tesla Pickup truck actually looks like.

Tesla CEO Elon Musk bewildered many when he said that the Tesla Pickup Truck will have a ‘really futuristic-like cyberpunk Blade Runner’ design without explaining what it means other than saying that ‘it won’t be for everyone’.

On top of the comments not being clear, Musk didn’t really help anyone when he released a very cryptic teaser image for the pickup truck during the Model Y unveiling earlier this year.

Most people didn’t even understand which part of the electric pickup truck was shown by Tesla in the teaser image:

Many people tried to interpret the image with a bunch of interesting renderings that we shared following the release of the teaser.

But later, Musk confirmed that the image is actually showing the front end of the truck, which is going against many of those previous renderings.

People tried again to interpret it, but we now have what we think could be the best one yet: 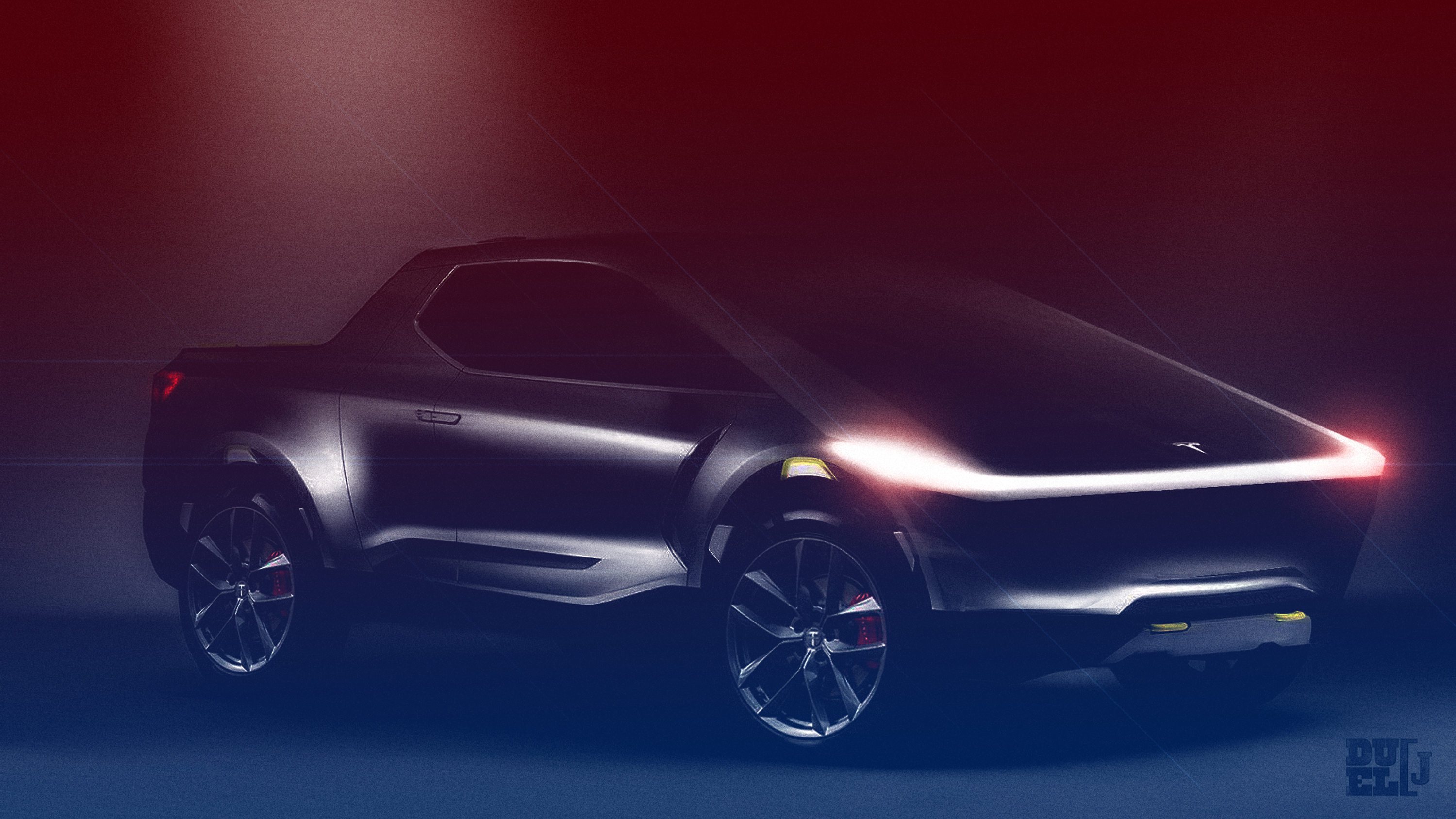 The render is the work of Justin Duel James (aka Duelj) who managed to integrate the teaser image as the front-end of a pickup truck.

In James’ vision, it also appears to feature suicide doors and a relatively small bed.

Last month, Musk said that they are aiming for the Tesla pickup “to be a better truck than a Ford F-150 in terms of truck-like functionality and be a better sports car than a standard Porsche 911.”

Tesla plans to unveil the pickup truck prototype by the end of the year.

I think that’s the best interpretation of Elon’s comments and the teaser image for the Tesla Pickup put together.

To be clear, I like how the render turns the information we have into a visual, but I am not sure I actually like the design.

I think something closer to a regular pickup truck but electric, like Rivian’s R1T, would likely be more successful, but I don’t know.

Maybe Tesla is able to create some much better aerodynamic performance with this type of design and it is resulting in higher efficiency to have fewer batteries for a longer range.

As for the bed, I definitely think it needs to be bigger if Tesla wants to beat the Ford F150 in “truck-like functionality”, but I don’t think James was focusing on that. It’s more about interpreting what Musk meant by Blade Runner-like design and the teaser.