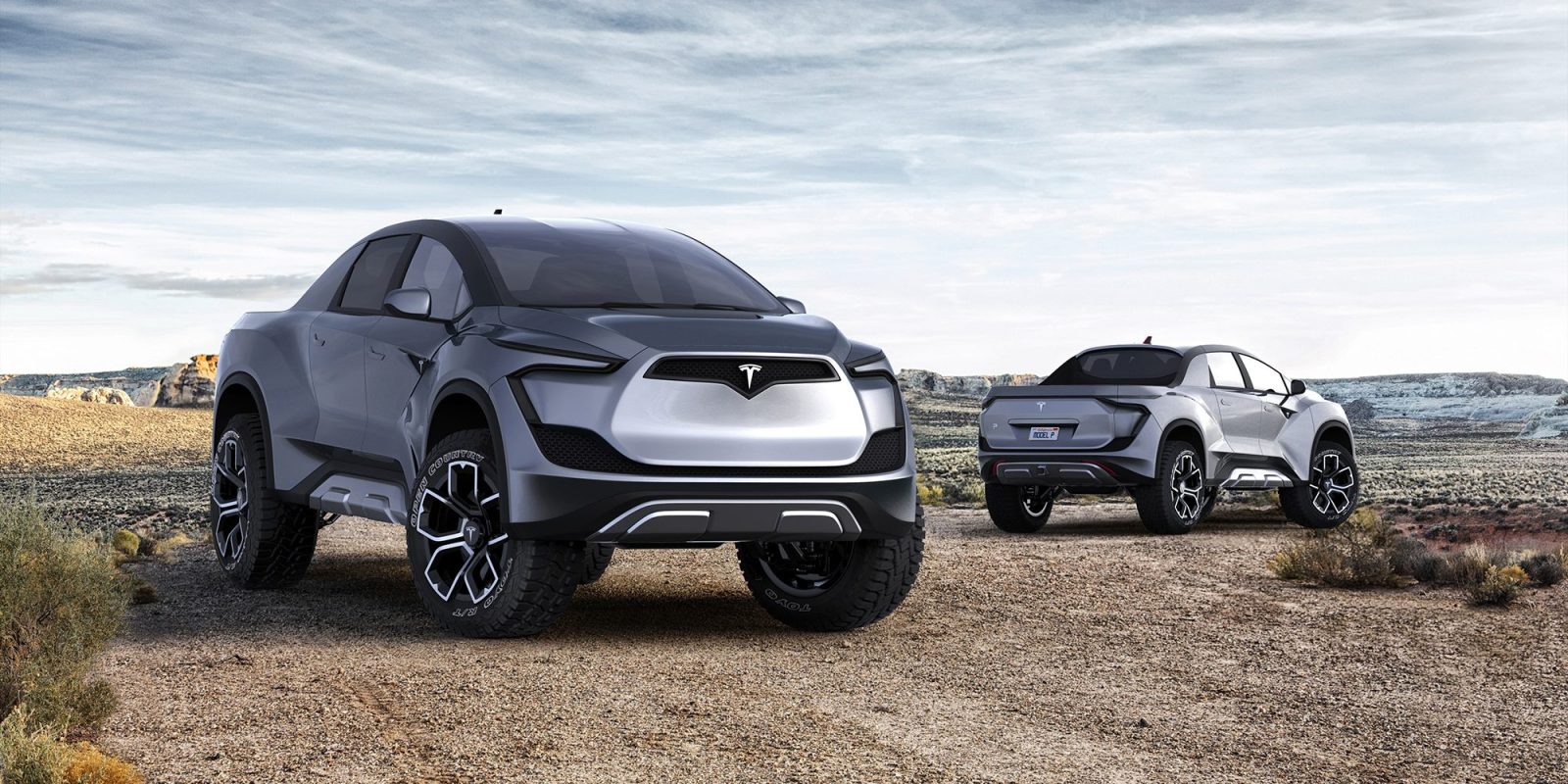 Elon Musk made interesting new comments about the upcoming Tesla Pickup truck, including a first hint at the starting price, which he aims to keep under $50,000, and some of the functionality.

Tesla’s CEO has previously sought suggestions for features to add to the Tesla truck under development and he revealed some planned features, like an option for 400 to 500 miles of range, Dual Motor All-wheel-drive powertrain with dynamic suspension, as well as ‘300,000 lbs of towing capacity’.

During an appearance on Ride the Lighting podcast this weekend, Musk made some new comments about the upcoming electric pickup truck.

He confirmed that Tesla is aiming to keep the starting price under $50,000:

“We don’t want it to be really expensive. I think it got to start at less than $50,000 – it’s got to be like $49,000 starting price max. Ideally less. It just can’t be unaffordable. It’s got to be something that’s affordable. There will be versions of the truck that will be more expensive, but you’ve got to be able to get a really great truck for $49,000 or less.”

Based on previous comments, it sounds like the design of the Tesla pickup truck is going to be quite special.

Musk added about the design during the podcast:

“It’s got to have incredible functionally from a load carrying standpoint, look amazing – but it won’t look like a normal truck. It’s going to look pretty sci-fi. That means that it’s not going to be for everyone- like if somebody just wants to have a truck that looks like trucks have looked like for the last 20 to 40 years, it’s probably isn’t for them.”

He confirmed that the cryptic teaser image released earlier this year was actually the front of the Tesla pickup truck:

People have been trying to interpret the image ever since it was released at the launch of the Model Y and it resulted in many interesting theories.

We gathered some of the renderings that came out of it.

The CEO reiterated that it’s going to be a “Blade Runner-like” truck design – something he has been saying for a while now, but it’s hard to know exactly what he means.

He anticipates that some people will think that “it doesn’t look like a truck.” Musk compared the disruptive design to the transition between the horse and carriage and the automobile.”

As for the capabilities of the Tesla pickup truck, the CEO is aiming for high standards:

“It’s going to be a truck that is more capable than other trucks. The goal is to be a better truck than a [Ford] F-150 in terms of truck-like functionality and be a better sports car than a standard [Porsche] 911. That’s the aspiration.”

Ford recently confirmed that they plan to electrify the F150 pickup truck and they also invested in the electric truck startup Rivian and partnered with them to make another electric vehicle.

Earlier this year, Musk said that Tesla plans to unveil its electric pickup truck around this summer.

I am sure that the $50,000 base version can be a good electric truck, but I imagine that most of the incredible capabilities that they initially teased, like the 400+ range, etc. are going to be reserved for much more expensive versions of the Tesla pickup truck.

Yet, the base version should significantly undercut the base price of the Rivian R1T, which starts at $69,000 with a range of “230+ miles.”

If Tesla can achieve the same range for that price point, they would have something extremely interesting in the segment.

As for the design, I think I am starting to have a much better idea now that Elon says that people might think “it doesn’t look like a truck.”

They are probably going for a much more aerodynamic design, which is, of course, unconventional for a pickup truck.

I can’t wait to see what that looks like.