Elon Musk sent the Tesla community into a frenzy with his cryptic teaser of Tesla’s upcoming pickup truck.

Here’s how people have been trying to understand the teaser image:

Yesterday, Musk released the first teaser image of Tesla’s electric pickup truck, which he describes as a ‘cyberpunk’ truck and inspired by Blade Runner.

The image was displayed on a screen for a few seconds after the Model Y launch but apparently, everyone missed it so he decided to release it on Twitter.

It is difficult to understand what part of the ‘Tesla cyberpunk truck’ we are looking at in the teaser:

A bunch of Tesla detectives set out to try to decode the image and better understand what we are looking at exactly.

Shawn Sparling tried to build a rough 3D model based on his interpretation of the image being the hood of the Tesla Pickup truck and he sent Electrek a few shots:

The part in the teaser image appears to be long for a hood, but it could make sense to have a long hood with a large ‘frunk’ for enclosed cargo space.

Others are looking at it differently and used a previous image of a Tesla Semi-based pickup truck that Musk released two years ago.

They think that the teaser could be at a misleading angle and it could be the front end of that truck (via u/LukeTospace on Reddit): 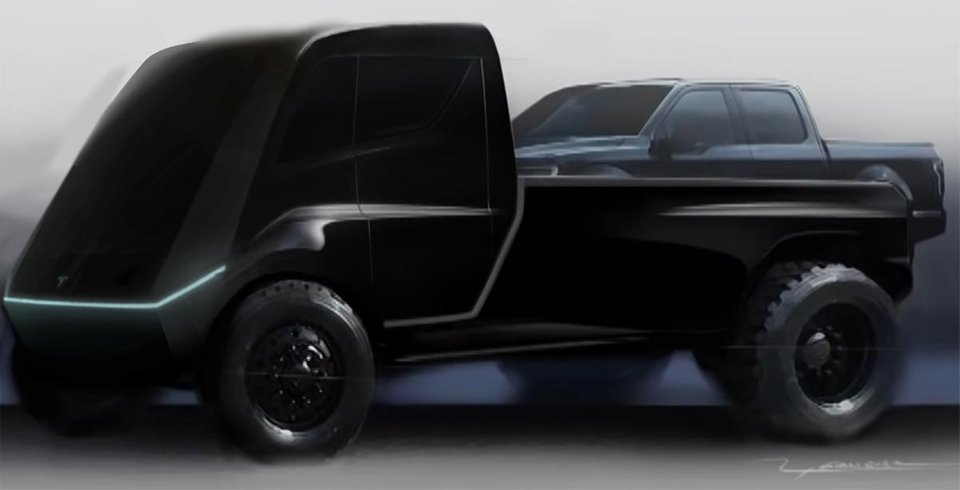 While the original image was officially released by Tesla, it was never clear if a Tesla Semi-based pickup truck would be something that would actually ever come to production.

Here’s another more approach to interpreting the teaser with a more conventional design (via u/TheAmazingAaron on Reddit): 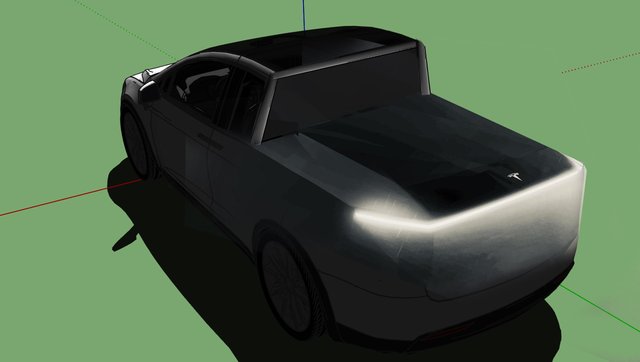 It’s an interesting approach, but it’s not my personal favorite.

Here’s one that is more of an out-of-the-box interpretation of the teaser image, but it’s actually my favorite so far (via waytomuchsparetime on Reddit): 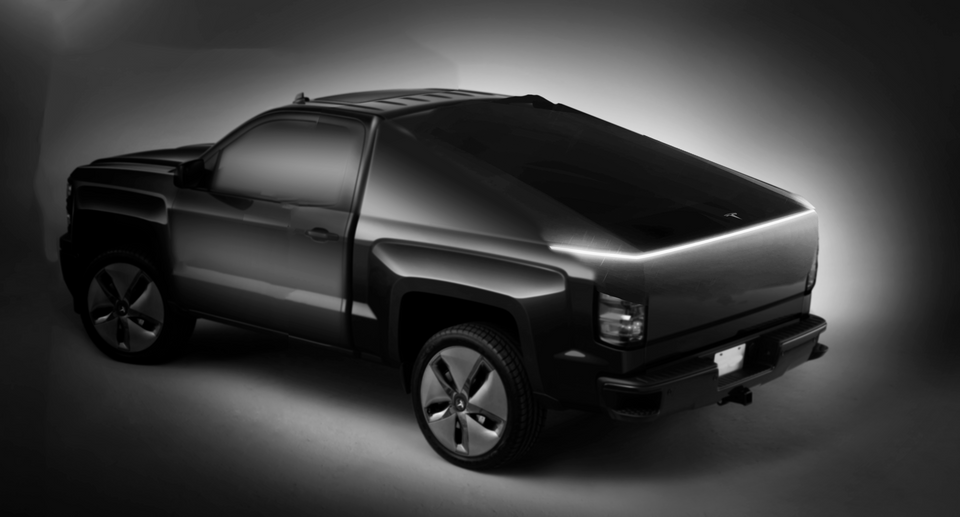 The Redditor believes that it would be a more aerodynamic approach to a pickup truck and it would fit with Musk’s mention of a ‘cyberpunk’ look.

Which one is your favorite? Do you have your own interpretation of the Tesla truck teaser? Let us know in the comment section below.