The hype around the Tesla Pickup truck is bigger than ever and the mystery around the design is certainly helping. Now that we have more information about the electric pickup truck, some people are starting to imagine what it would look like with drawings and renderings.

Tesla CEO Elon Musk bewildered many when he said that the Tesla Pickup Truck will have a ‘really futuristic-like cyberpunk Blade Runner’ design.

It hasn’t been clear what that will mean for the vehicle and Musk didn’t really help anyone when he released a very cryptic teaser image for the pickup truck during the Model Y unveiling earlier this year.

Most people didn’t even understand which part of the electric pickup truck was shown by Tesla in the teaser image:

Many people tried to interpret the image with a bunch of interesting renderings that we shared following the release of the teaser.

Now Musk has confirmed that the image is actually showing the front end of the truck, which is going against many of those previous renderings.

Some of them are giving it another shot with the new information about the teaser.

Here’s one Tesla pickup truck fan drawing that tries to incorporate the front end seen on the teaser image (via u/greenfruit on Reddit): 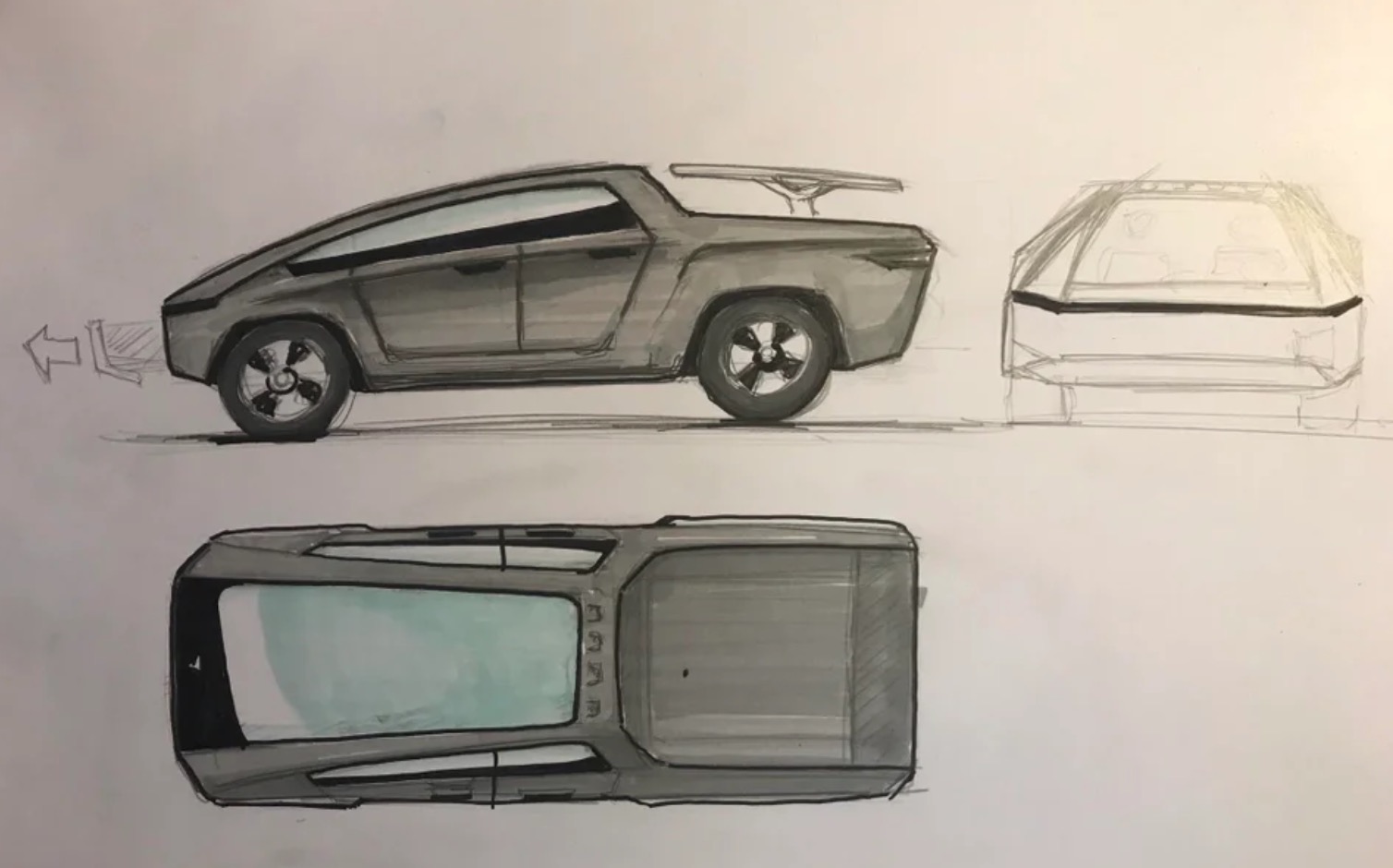 From the top view, you can clearly see the interpretation of the Tesla teaser front end being both the hood and windshield.

Here’s another similar design, which also adopts the continuous windshield from the front-end to the roof of the vehicle (via u/dubsteponmycat on Reddit): 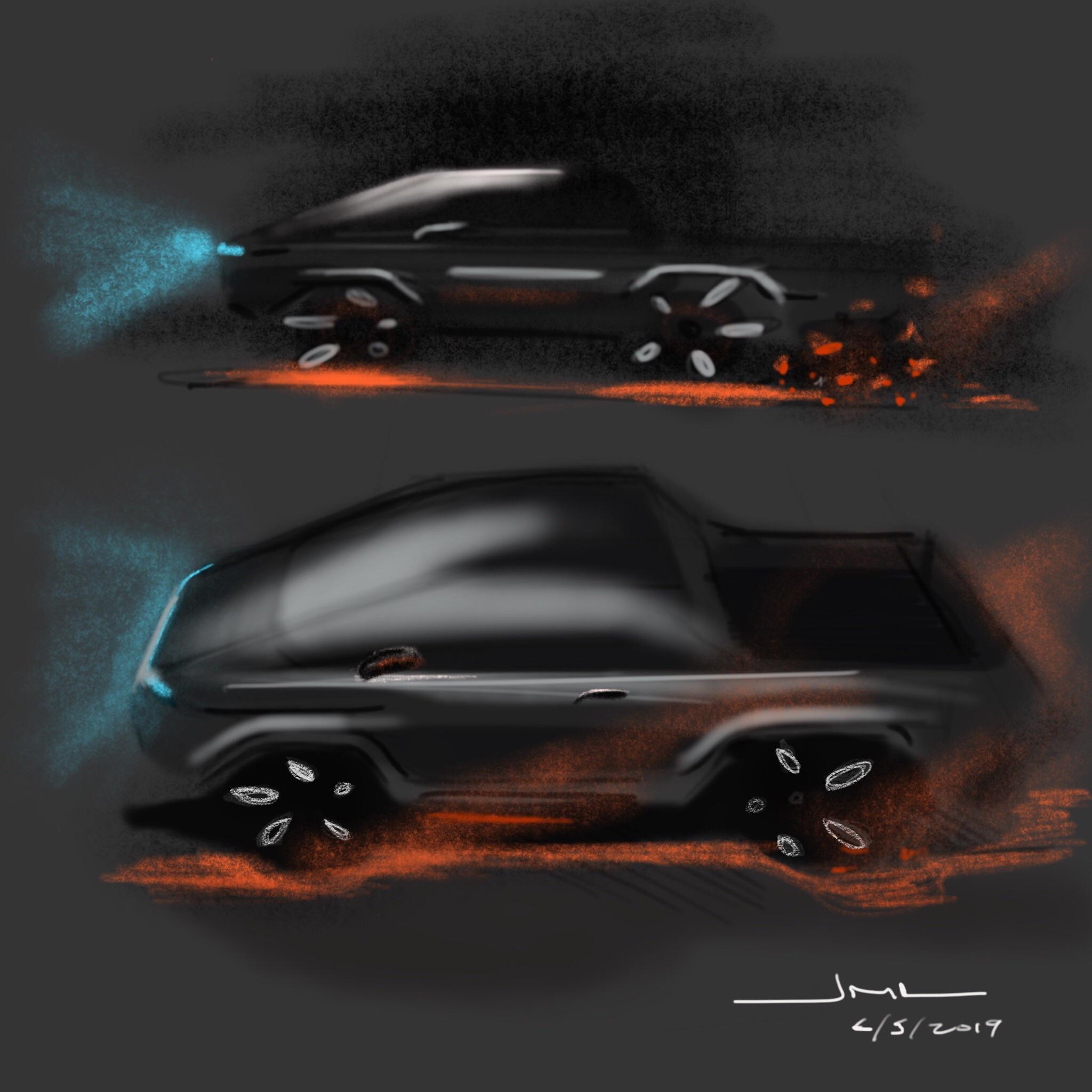 Another Tesla fan went with a different approach and envisioned a design geared toward functionality.

They see the Tesla Pickup truck as having an ultra-configurable bed that could even extend (via u/madmax_br5 on Reddit): 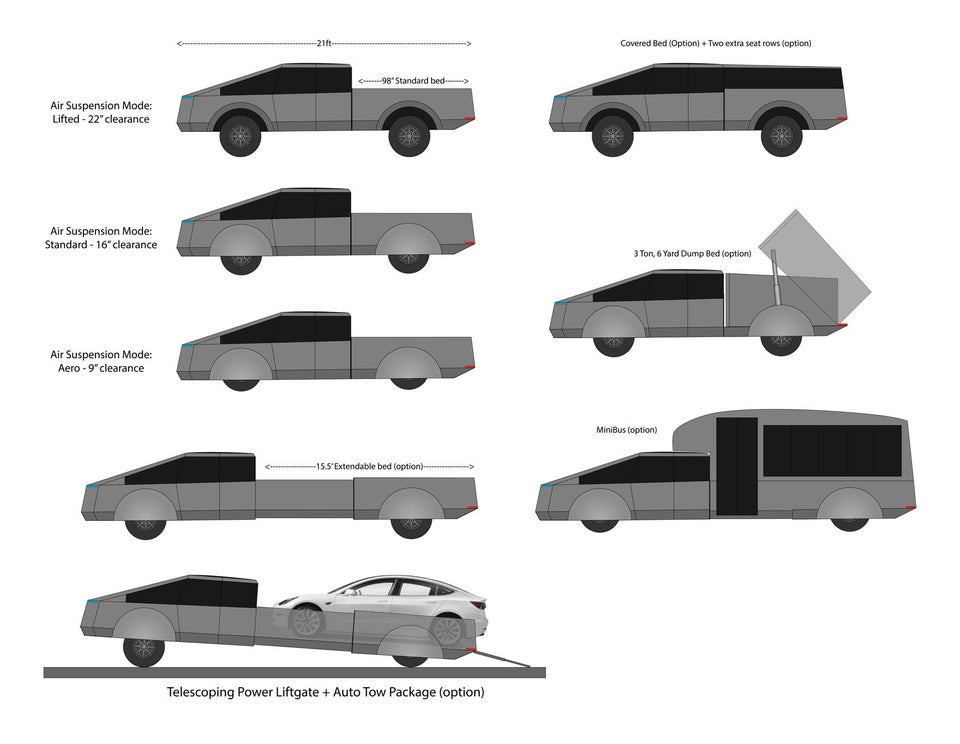 Last week, Musk said that they are aiming for the Tesla pickup “to be a better truck than a Ford F-150 in terms of truck-like functionality and be a better sports car than a standard Porsche 911.”

Tesla plans to unveil the pickup truck prototype by the end of the year.

They definitely need more work, but I think some of these are starting to get closer.

A windshield front-end to the roof would be quite an extreme design feature, but Elon made it clear that it will look futuristic and that will do it.

If some 3D rendering artist wants to work on it, let me know, I’d be curious to see the result.

Either way, it sounds like we are only a few months away from seeing the actual design.