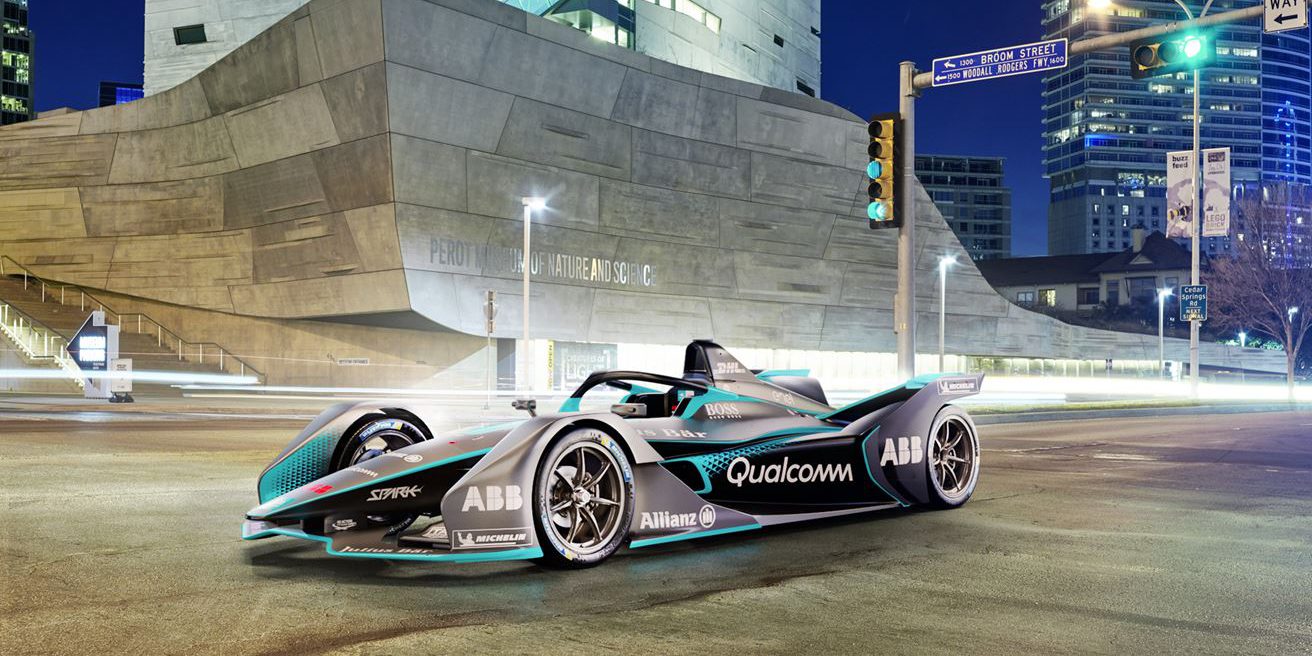 Electric cars have been finding their way into racing success the last few years, and the biggest game in town is Formula E, the FIA’s all-electric open-wheel racing series.  The series’ 5th season starts this weekend with the Ad Diriyah ePrix in Saudi Arabia.

The new season brings new tracks, new teams, new drivers, new rules, and most importantly: a new car which is capable of much more than last season’s.

In 2014, Formula E started as a “spec series” – a racing series in which all the cars have the same technical capabilities and differ only in terms of drivers and minor setup changes like suspension tuning, tire pressures, etc.  Over the years the cars have gradually gained more capability and the regulations have opened up for more development of different drivetrain options between the teams.

But this year that all changes with the introduction of Formula E’s Gen 2 chassis which promises much more power and energy storage, and most importantly the ability to finish a full race without needing a recharge or swap.

In previous years, the batteries in the spec chassis weren’t big enough to last a full race distance.  Also, the races took place in urban environments on temporary tracks without permanent paddock facilities.  If the races were done at permanent facilities, perhaps the series could have set up dedicated battery swap pits to manage this problem, but this wouldn’t be possible on temporary tracks.

So drivers would swap from one car to another mid-race.  This was confusing to viewers, and the optics weren’t great for EVs.  The car-swapping inspired a fair amount of ridicule from traditional motorsports fans.

Thankfully, that’s all done now.  The new Formula E cars have roughly twice the energy capacity thanks to a new battery supplied by McLaren and Atieva (the technology supply division of Lucid Motors).  This means they can work for the full duration of the 45-minute long races without needing any sort of swap or charge – so long as the driver uses it fastidiously, applying regen where possible.

In addition, they have much more power.  The new car is capable of delivering 250kW (335hp) of power – quite a lot for a car weighing around 900kg (or just under ~2,000lbs) including the weight of the driver.  This enables it to reach a top speed of 280km/h (174mph) and travel 0-100km/h (0-62mph) in about 2.8 seconds.  Note that 0-60 is not a very important measure for race cars, since they only start off at 0mph exactly once during each race, so acceleration at higher speeds is much more important.

As a spec series, since the cars are all very close in capability, this ensures closer racing and keeps costs down for entrants.  Due to this the races tend to be close and exciting, with lots of passing and without the same drivers and teams winning every race.  The cars have a little differentiation due to different powertrain configurations, but in general each race is anyone’s to win.

These changes brought more manufacturers into the fold.  Next year’s series includes 11 teams with 9 different powertrain configurations (Venturi and Audi’s powertrains each power two cars).  There are 6 major auto manufacturers with teams in the series – Audi, Jaguar, Nissan, BMW, DS (Citroen), and Mahindra.  The other teams are boutique/startup manufacturers (NIO, Venturi) or race teams (HWA Racelab, Geox Dragon (Penske), Envision Virgin Racing).  Porsche and Mercedes-Benz are on the sidelines this time around, though both plan to enter the series next season.

Along with top manufacturers, some of the best drivers in the world race in Formula E, with several former Formula One drivers and champions from other racing series.  New tracks have been added in Ad Diriyah, Saudi Arabia; Sanya, China and Bern, Switzerland.

Finally, along with the technical changes of the new chassis, some rules have been changed.  Races are now 45 minutes long (plus one lap after the time limit expires), and an “attack” mode has been added, allowing drivers a limited number of activations of an additional 25kW of power to help encourage passing and make races more exciting and unpredictable.

The Ad Diriyah ePrix is on Saturday, December 15 at Noon UTC.  You can find out how to watch on the Formula E website.

Are you excited for the Formula E season?  Do you plan to watch, either as an experienced race fan or new viewer?  Let us know in the comments.