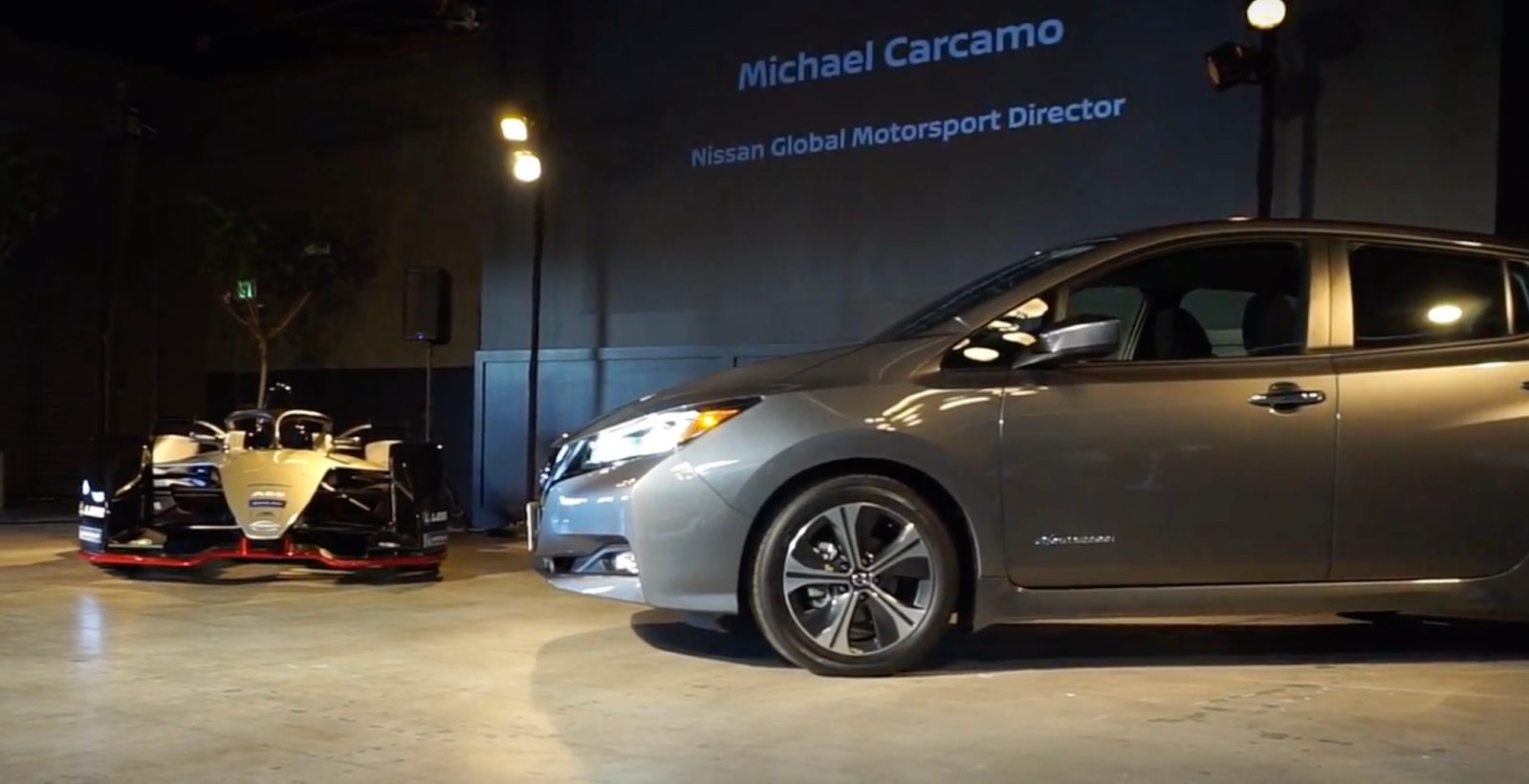 Similar to how Formula One acted as a test bed and helped advance technologies for the automotive industry, Nissan now wants to leverage EV tech development in the Formula E racing championship for its electric cars.

Disclosure: Nissan Europe paid for our trip down to Los Angeles for this event.

Last year, Nissan announced that they will be the first Japanese company to join the Formula E with its own team for the season 5 of the championship, which is expected to start in December.

They have since unveiled their ‘Nissan Formula E car’ in Geneva and taken it on tour in New York and now in Los Angeles this week.

Of course, like other racing championships, it’s a marketing opportunity for automakers and the Formula E is currently gaining a lot of popularity.

But Nissan also expects to see improvements to EV technologies come out of the racing program.

Entering the ABB FIA Formula E Championship gives Nissan a key development platform for our EV technologies. Using the same streets that our LEAF customers also commute on as race tracks has real benefits for customers – we’ll be able to take on real road conditions with our race cars – and we can share what we’ve learned as we tune our latest electric vehicles.

When talking to Electrek at the event, Reginatto added that she believes the efficiency requirements of a Formula E electric powertrain due to their limited size and weight can bring some important knowledge to Nissan’s engineer team.

Here are their presentations from the event:

Here’s a closer look at the Nissan Formula E car:

As we previously reported, the upcoming seasons of the Formula E are going to be even more exciting as the championship is introducing its new battery system that will enable drivers to go a full race without changing vehicles and they will allow teams to work on their own powertrain.

The changes have attracted several major automakers, like Nissan, to join the Formula E starting in Season 5 and Season 6.

The Formula E’s next race is planned for April 28 in Paris.