Jump bikes are available in 10 cities. Now Uber is leveraging Jump to add electric scooter sharing to their portfolio of services, in addition to ride hailing and electric bicycle sharing. 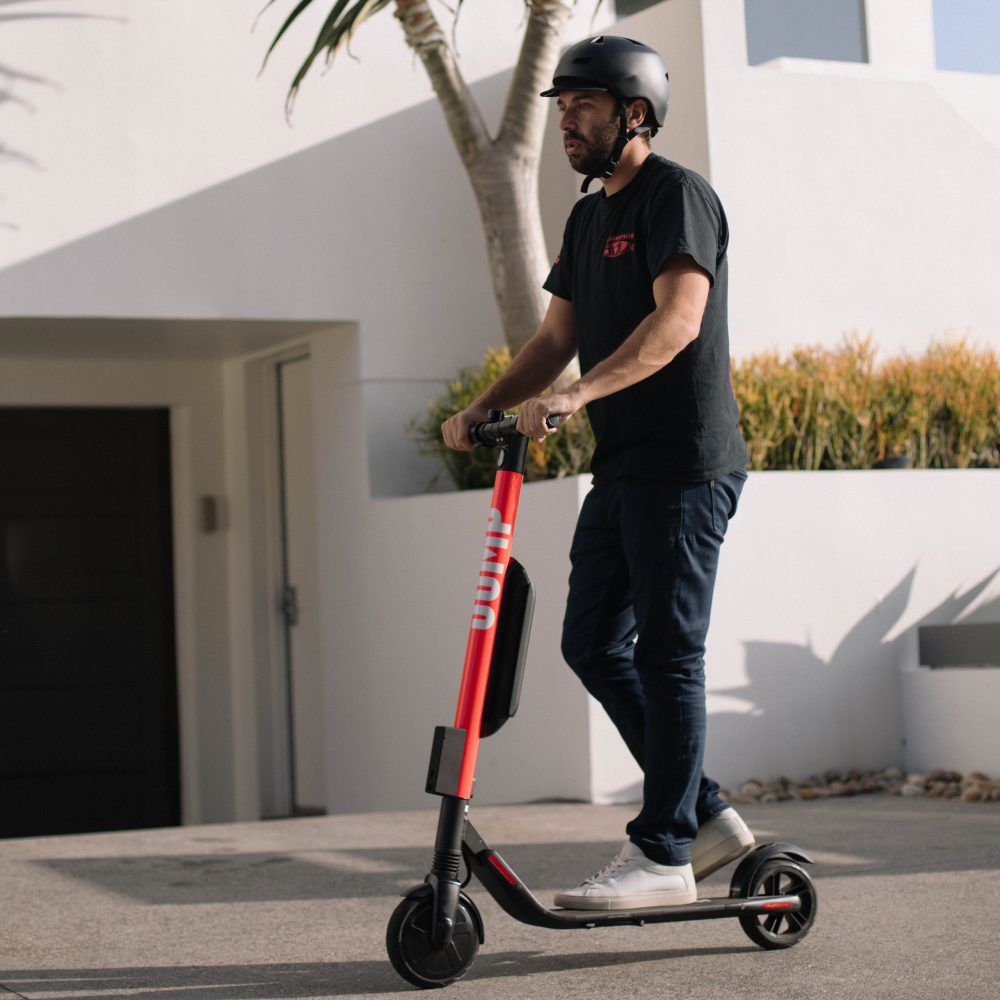 “We want to be the Amazon of transportation. And hopefully, 10 years from now, no one in the audience is going to own a car.”

Those companies have already been operating for around one year, and have had a significant headstart compared to Uber.

In an attempt to cutting into competitors’ market share, Jump electric scooters will be free to use until October 7th, according to TechCrunch. Jump hopes that this will help it establish its electric scooters in a still young industry.

Jump’s electric scooters work very similarly to other companies. The scooters are dockless, meaning they can be parked anywhere in the service area. New riders simply scan them on their phone and start riding the scooters. Rides cost $1 to begin and 15 cents per minute afterwards. Most rides end up costing between $2-$4.

The same Uber app which is used to hail a rideshare is also used to located and claim a Jump electric scooter. 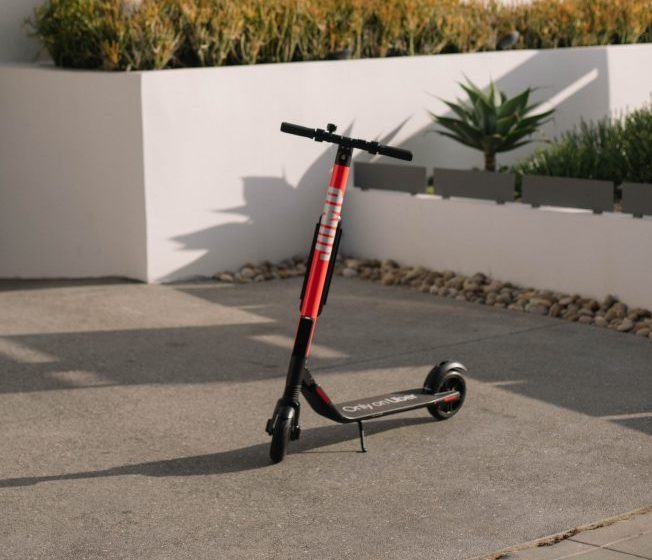 “As we work towards having your phone replace your car, we’re thinking about all the possible times you’d hop in the car and go, and what smart, equally as convenient option we could offer to get you there instead. Whether going that last mile home from the train, to your favorite nearby restaurant, or between offices, scooters are an affordable, environmentally friendly way to get there. We can’t wait to bring scooters to more cities and help people conquer those short trips.”

The electric scooters have not been without their controversy. Many pedestrians are upset with scooters being ridden on the sidewalk. With scooters reaching speeds up to 18 mph (29 km/h), they can pose a serious threat to pedestrians when riders weave in and out of crowds.

Most cities outlaw electric scooter riding on sidewalks, but this doesn’t always deter the practice.

Additionally, scooters are often parked or strewn around sidewalks. This results in tripping hazards to pedestrians and can create significant obstacles for the handicapped.

Long Beach, for example, attempted to solve the problem by requiring scooters to be left in designated “scooter parking zones” on sidewalks. Such zones allow scooters to be parked in areas that don’t inhibit free passage of pedestrians.

Santa Monica recently created a permit program which allowed Uber and Lyft to operate in the city. Bird and Lime originally didn’t receive permits due to their poor track record of respecting city regulations. However, after the pair protested the decision, the city backtracked and allowed their entry.

One of the conditions for Uber’s Jump electric scooters and others to operate in Santa Monica is to educate riders on the proper way to park the scooters in order to avoid inconveniencing the general public.

If Uber’s Jump electric scooters can join the scooter sharing market and improve it, then that would be a great thing.

However, companies like Bird and to a lesser extent Lime have definitely been the bad boys of the industry. They enter new cities, drop hundreds of cities on the street overnight, then basically say “You figure it out” to city regulators.

If Uber and Lyft’s new scooter share programs can help clean up the industry by bringing mature companies to the group, then perhaps they can help solve some of the issues that have plagued the industry. The electric scooters are a good thing for cities, so anything that can be done to help clean up their image would be a boon for both urban transportation and electric vehicle adoption.