Tesla Semi electric truck prototypes are currently undergoing testing ahead of the planned launch next year, but after being spotted regularly for weeks, the prototypes were nowhere to be seen for over a month.

Now one of the two known Tesla Semi prototypes has been spotted back on the road today.

We have been tracking the Tesla Semi test program and the automaker is now deep into testing its electric trucks.

Earlier this year, Elon Musk announced that Tesla Semi was setting out on its first cargo trip with battery packs from Gigafactory 1 to Fremont factory. Tesla already said that carrying cargo between its two factories would be the first use of the Tesla Semi trucks and Musk referred to the automaker’s logistic costs to carry cargo between the two locations as “gigantic”.

It was first spotted in St-Louis where it visited Anheuser-Busch, the brewer behind Budweiser who also ordered 40 Tesla Semi trucks last year. The stop at the company gave us our closest look at a Tesla Semi electric truck prototype and its electric motors yet.

Later, it was spotted in Oklahoma and it created a little controversy on its way there when it stopped on the side of the road.

It made it to Texas and then early last month, it was back in California.

We haven’t seen it since until now.

Several passersby saw the electric truck at the charging station and posted pictures on Instagram:

The large vehicle is blocking several chargers, but the Kettleman City station is a new type of charging site for Tesla which features 40 charge points in preparation for the automaker’s expanding fleet.

For now, most of them are often left unused.

Eventually, Tesla plans to have more powerful ‘Megacharger stations’ for the Tesla Semi, but they use the Superchargers for now.

In previous sightings of the prototypes at the Supercharger stations, it appeared that Tesla was using several extension cables plugged to multiple Superchargers to charge the truck.

Cables are also visible in the first picture above: 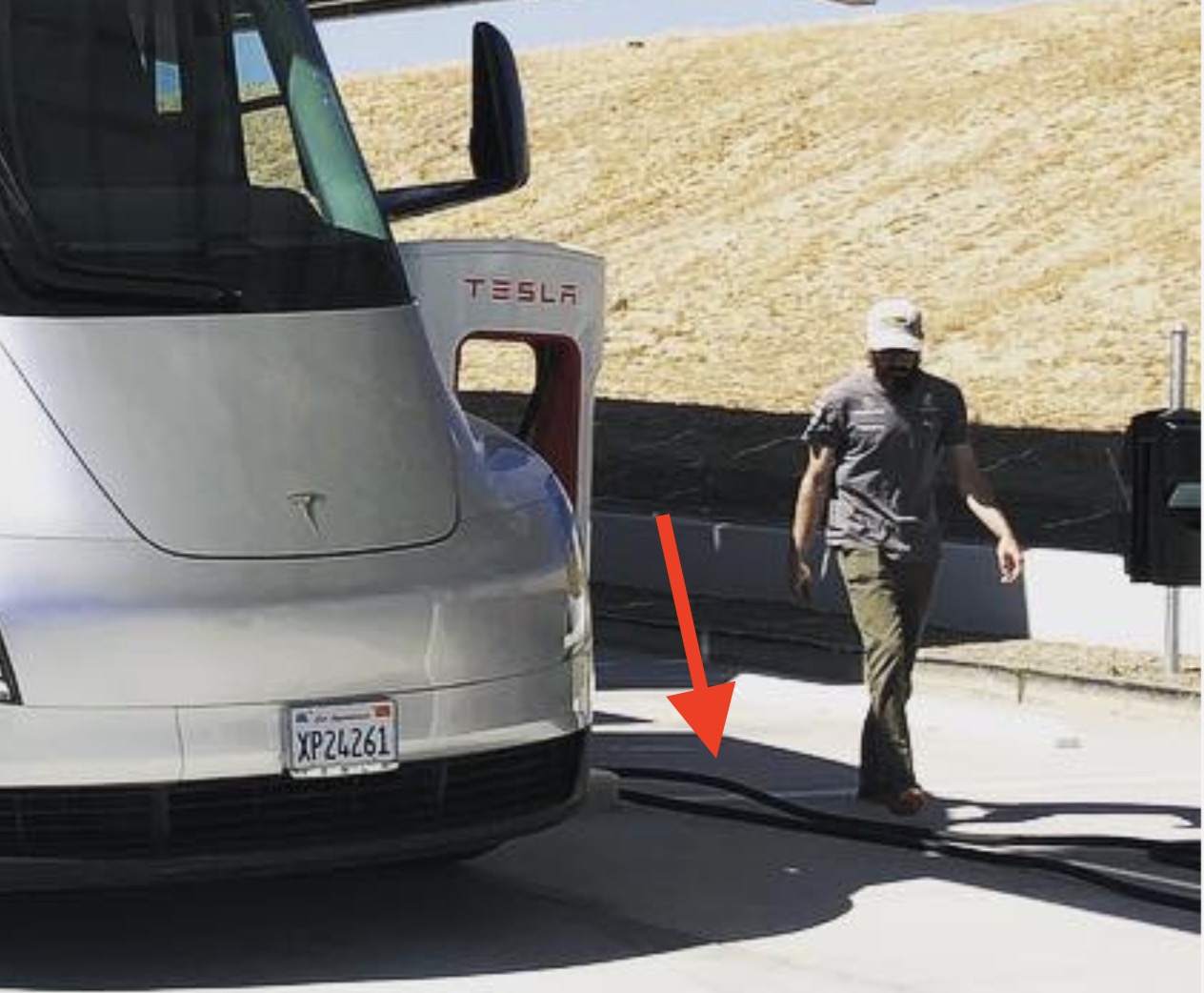 Tesla is apparently making improvements to the vehicles during the test program.

When unveiling the vehicle last year, Tesla announced an expected range of 500 miles on a single charge with a full load.

Earlier this month, Musk said that he now expects the Tesla Semi production version to have closer to 600 miles of range.

Tesla plans to bring the vehicle to production as soon as next year.