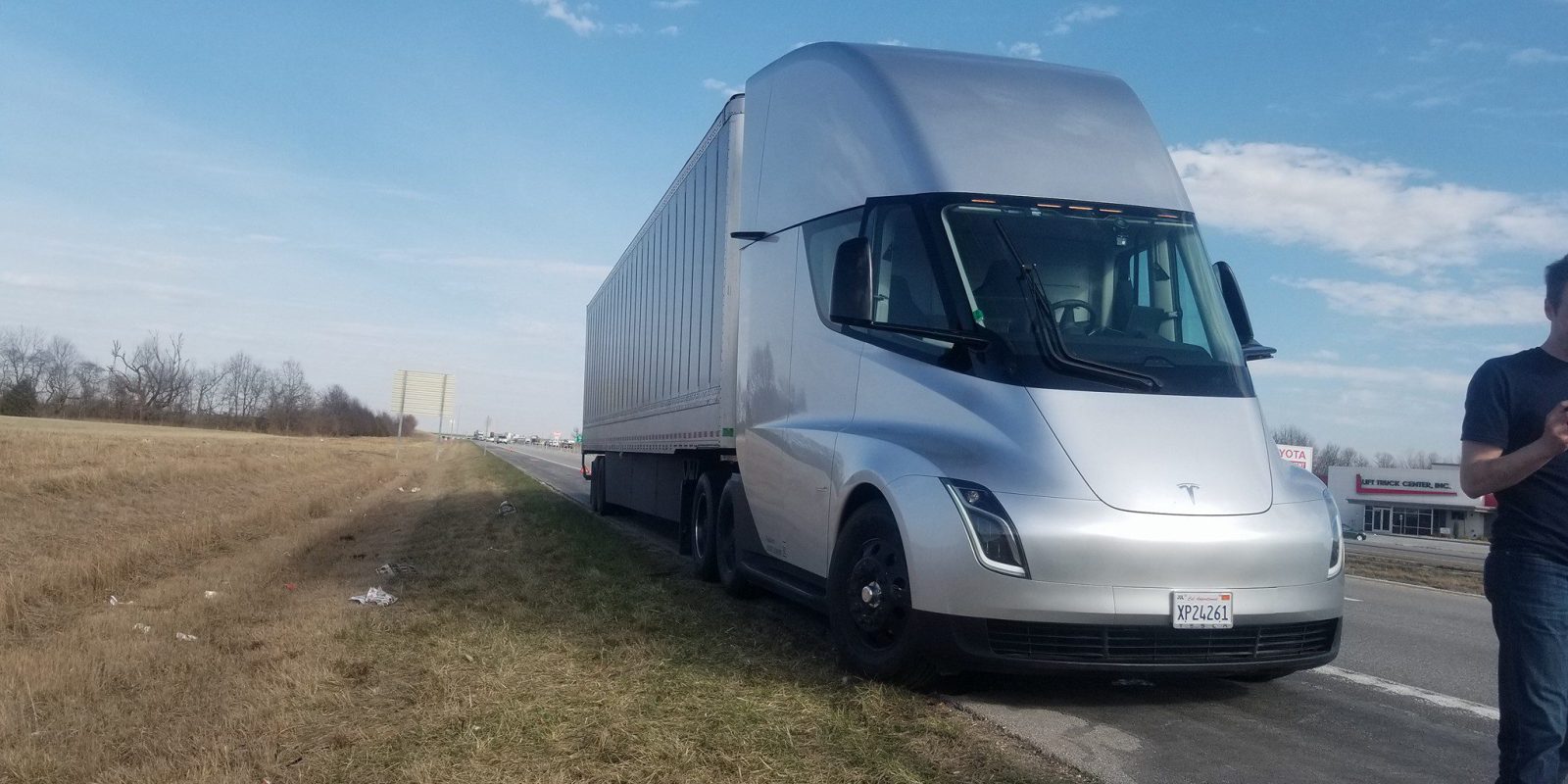 A Tesla Semi electric truck prototype is currently traveling in the Midwest as part of the automaker’s test program ahead of the vehicle’s production next year.

Now the truck has been spotted on the side of the road in Missouri apparently broken down to the enjoyment of detractors of Tesla’s electric truck effort, but the company says that it actually wasn’t even “broken down”.

From truck makers to truck drivers, Tesla’s electric truck program has plenty of critics and naysayers.

Just a few weeks ago, Daimler’s head of trucks suggested that if Tesla’s claims about the vehicle were true, they would be “defying the laws of physic.”

Yet, Tesla has two electric truck prototypes currently driving around the US as part of their test program.

CEO Elon Musk is even confident that they could end up beating the specs that naysayers think impossible by the time they are finished with the test program and move to production, which is planned for next year.

But the sighting of one of those prototypes on the side of the road in Missouri today raised some doubts:

It was spotted on the side of I44 highway by many drivers and it quickly made the rounds on the truck driver forums and social media groups.

Most of them were laughing at the electric truck being visibly broken down.

Some of them were just poking fun (left) while others were downright insulting and almost threatening (right):

Here’s the twist: Tesla says that the prototype wasn’t even “broken down” and that they simply stopped to do some tests and make adjustments as part of the test program.

Even though it appeared broken down, some other people were still clearly excited to see the vehicle (turn your volume down a bit before watching):

As we reported earlier this week, the Tesla Semi prototype made its way from Fremont, California to St-Louis, Missouri for a visit at Anheuser-Busch, the brewer behind Budweiser who also ordered 40 Tesla Semi trucks last year.

The vehicle stayed at the brewery for a while and it gave us one of the best looks at the electric truck. We posted several pictures yesterday.

The thing is that even if it was broken down, it’s not an issue and nothing for naysayers to laugh about.

Those vehicles are prototypes in a test program. Tesla is pushing them to their limits to see how they react.

I get that there would be some animosity from other truck makers just out of fear, but I am not sure where the disdain and anger is coming from when it comes to the truck drivers.

While Tesla is certainly working on self-driving technology, you can bet that all other truck manufacturers are working on it too and the Tesla Semi requires a driver right now and it is even built around one.

I understand that it’s not all truck drivers, but those social media groups were quite disturbing as pictured above.

Do they not want to drive cleaner, more powerful, and less noisy trucks? I mean you can have your doubts, but it’s not the same thing as wishing they would fail. If someone can enlighten me about why it’s not being well-received here I’d appreciate it.

Let me know what you think in the comment section below.