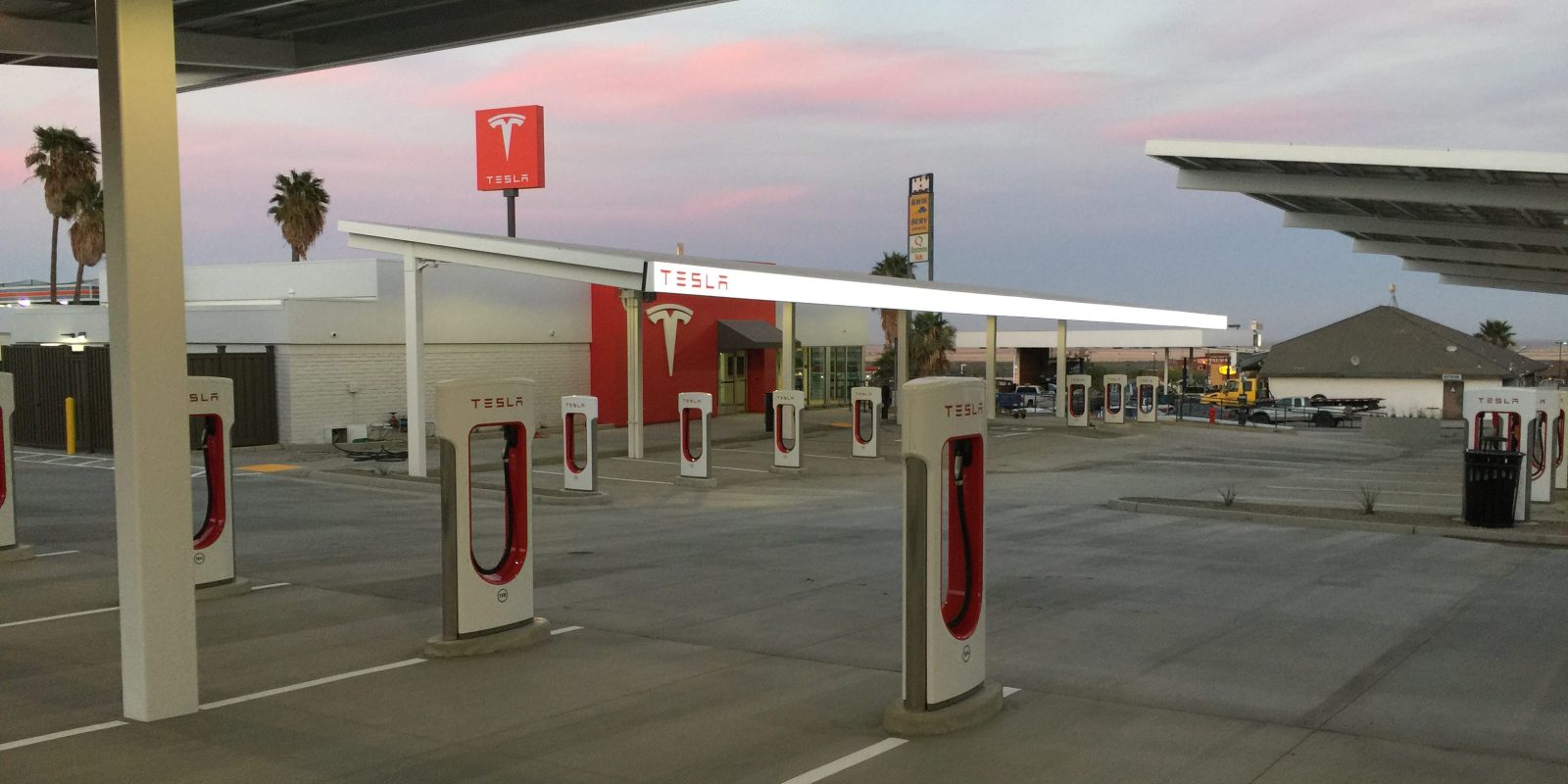 As we reported last week, Tesla has been making a lot of progress on its new kind of Supercharger station with solar arrays and owners lounge.

Now Tesla is about to bring them online as we take a closer look at what are going to be the biggest Supercharger stations in the US.

Update: the stations are now active.

While Tesla has a bigger station with 10 more Superchargers in China, those two new 40-Supercharger stations represent a different kind of charging infrastructure more similar to truck stops, which is interesting with the imminent launch of the Tesla semi truck tomorrow.

The stations are part of Tesla’s plan to have bigger charging stations with more amenities for popular long-distance routes where Tesla drivers would need to charge in order to complete them.

We have been tracking the one in Kettleman City since back in July when we released a report on the project plans that we obtained for the new type of Supercharger station.

Two Tesla fans and new friends of the site (who wish to remain anonymous) stopped at the station this week to give us our best look yet at the site and especially the new Supercharger lounge. Here are the pictures that they shared with us:

Sources familiar with the matter told us that the one in Baker is also close to be completed and that they are rushing to bring them both online soon.

There are a few interesting things about this new station, one of which we learn from those pictures, which is that Tesla is going to use this new type of station to showcase its products in the lounge – especially its Tesla Energy products like solar panels and Powerwall 2.

It’s especially interesting since those stations feature the long-promised onsite solar arrays to help power the chargers. I say ‘help’ because they are still going to need a grid connection considering the amount of power that could be needed when the station is busy.

The back of the station where the chargers (not the stalls with connectors) are located also appears to feature new equipment that we have not seen before at Supercharger stations:

When we reported on the original plans for the station, Tesla had redacted all the information regarding the electrical components and power capacity of the station.

The timing is also an interesting aspect.

Tesla has been working on those stations for months, but now it looks like they are pushing to have them done just ahead of the Tesla truck unveiling tomorrow.

It might be a simple coincidence or they both might be related. In our article describing our expectations for the Tesla Semi unveiling, we suggested that the timing might be good to announce the long-awaited ‘Supercharger V3’.