If you have been following our coverage of the Tesla Semi electric truck test program recently, you know that one of the prototypes has been traveling across the US.

It has now been spotted in Texas.

Two weeks ago, Elon Musk announced that Tesla Semi was setting out on its first cargo trip with battery packs from Gigafactory 1 to Fremont factory.

It was first spotted in St-Louis where it visited Anheuser-Busch, the brewer behind Budweiser who also ordered 40 Tesla Semi trucks last year. The stop at the company gave us our closer look at a Tesla Semi electric truck prototype and its electric motors yet.

A few days ago, it was spotted in Oklahoma and it created a little controversy on its way there when it stopped on the side of the road.

And now a few days later, the Tesla Semi prototype made it all the way to Dallas, Texas –  a few hundred miles south.

A Tesla owner spotted the vehicle at Tesla’s Service center (picture by coding_ape): 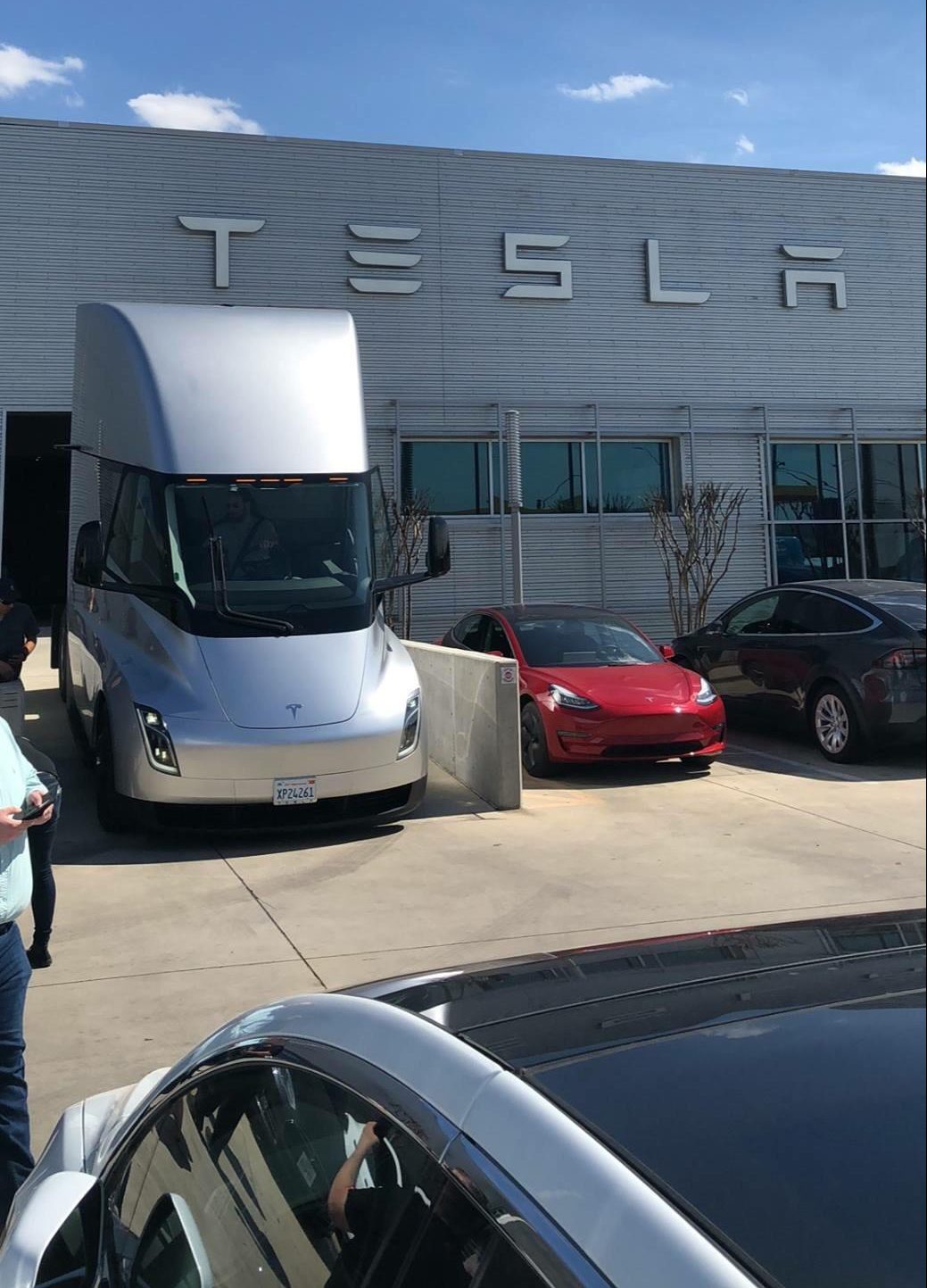 The vehicle was also spotted leaving Dallas late last night – if you spot the prototype, let us know as we are following its journey across the US.

It’s clear that Tesla is putting the prototype through its pace as part of the vehicle’s test program ahead of its planned production next year.

Many people in the industry are wary of Tesla’s incredible claim that the vehicle can achieve a range of 500 miles with a full load on a single charge. While it can’t be verified through this prototype’s recent trips, it certainly seems to be getting around fairly quickly – though the vehicle has been spotted with and without a trailer inconsistently.

As we discussed in a recent episode of the Electrek Podcast, the electric truck is also traveling using Tesla’s Supercharger network with an adapter.

The automaker is planning to add ‘Megachargers’, a similar charging station with a higher charge rate in order to support the bigger electric vehicle, to its charging infrastructure across North America.

We have yet to see a site for this new type of charging station, but Tesla will have to get on it soon if it plans to deliver the first production Tesla Semi vehicles to customers next year.