We have received reports that some of the first Tesla Model 3 reservation holders who don’t have access to the employee priority delivery are being scheduled deliveries as soon as next week.

We are talking about deliveries to people who are not Tesla employees, family members of an employee, or company insiders.

Those people had access to the first Model 3 vehicles that Tesla delivered since the launch of the production version in July.

But now Tesla is finally moving to what we have been referring to as “regular customer deliveries.”

Of course, they are technically behind schedule on that since Tesla first aimed for regular customer deliveries in October before announcing some production issues last month and delayed the Model 3 production ramp.

But the company finally started opening up Model 3 orders to regular reservation holders on November 21.

At that point, Tesla was talking about 4 weeks for the first deliveries, but after going through the process and being assigned new VINs, customers are being confirmed deliveries as soon as next week.

The earliest report we have seen so far is for Monday – via Redditor ry8 with VIN 2079: 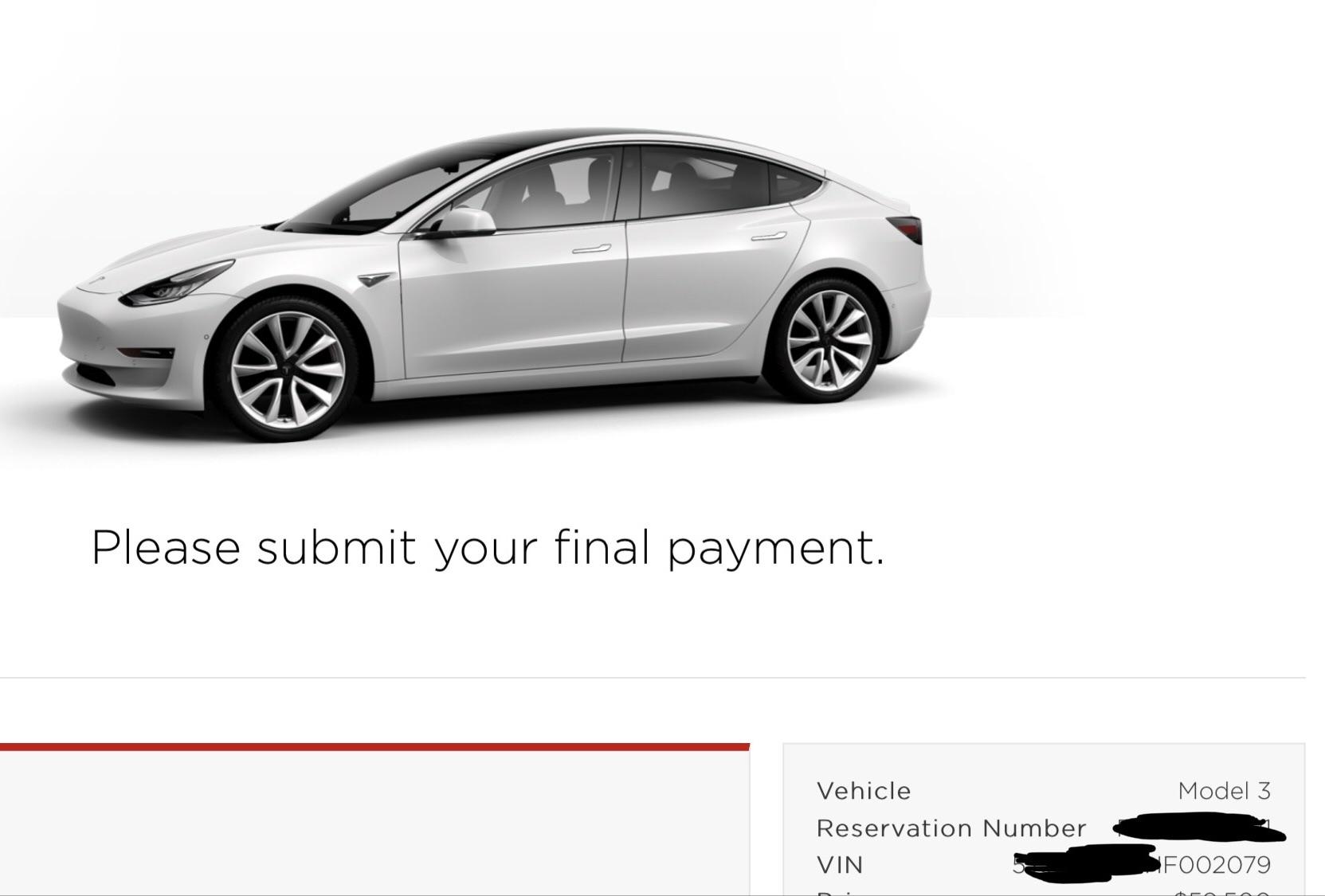 With this said, this is one of the highest Model 3 VIN yet and other regular Model 3 reservation holders getting delivery next week are in the same ballpark.

It looks like Tesla is determined to start regular customer deliveries in 2017, but what is more important is whether or not this means that they are starting to increase production.

Some took Tesla opening up orders to regular reservation holders as a sign that they have worked through their production bottlenecks and they are now prepared to increase the Model 3 production volume, but we haven’t seen any clear proof of that yet.

Those people had a delivery window of Oct-January before being pushed by two months after Tesla announced the production ramp-up delay.

So it looks like Tesla is really trying to respect that delivery window and not push it again, but it will be interesting to see what kind of volume they are planning on delivering. They could just deliver a bunch more Model 3 vehicles through their current low volume production without any major production increase. We recently spotted Tesla stockpiling even more Model 3 vehicles ahead of LA delivery center launch.

But the production volume is what most people are interested in since it’s what will affect most reservation holders’ delivery timeline.

During the earnings call last month, Tesla CEO Elon Musk said that he would still expect the company to reach a couple thousand units per week by the end of the year.

That’s a lot fewer than the 5,000 units per week first anticipated, but it’s still an important production rate – though the clock is ticking on that goal.