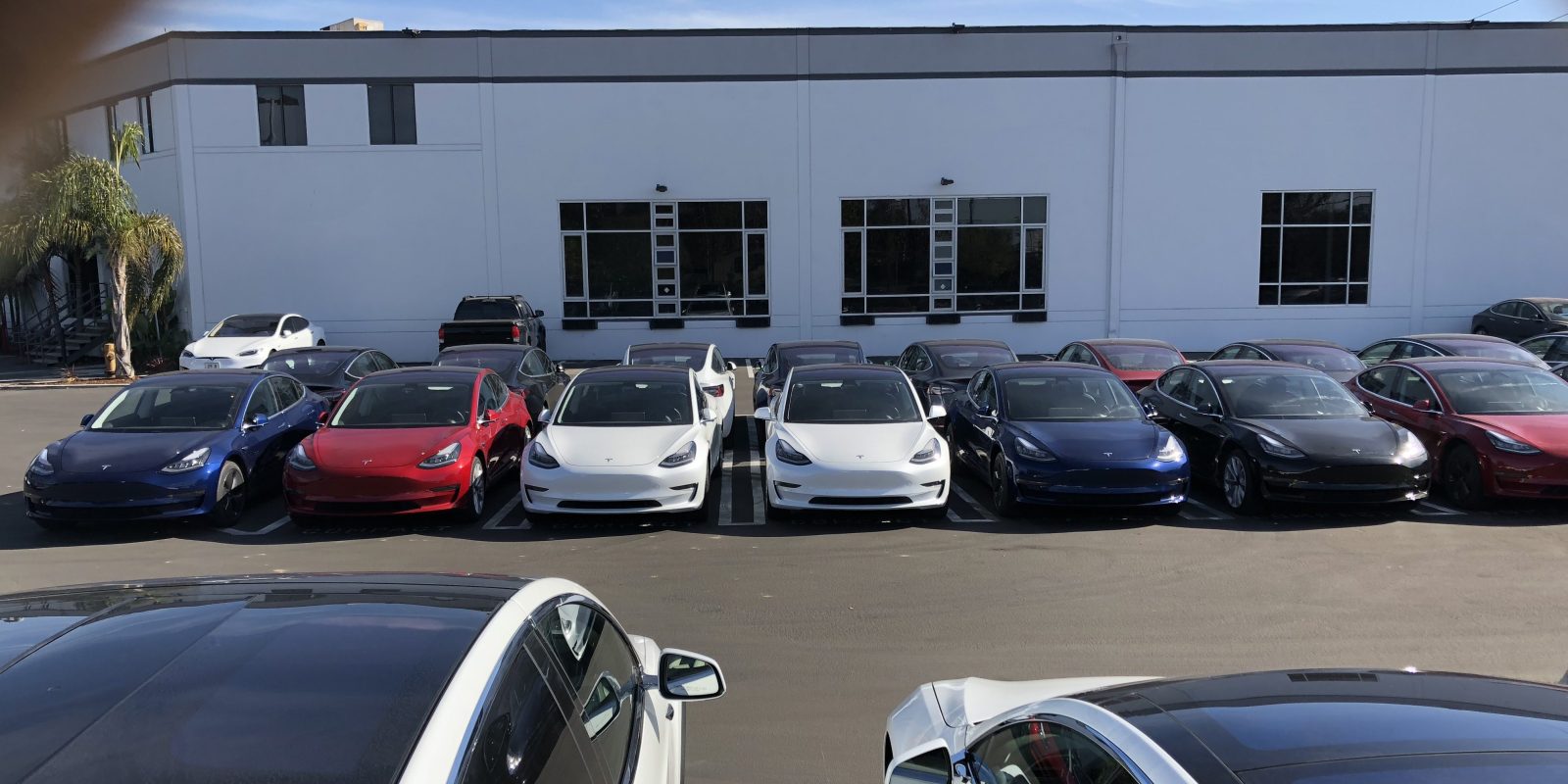 Just over a month ago, Tesla took over a large building in Marina del Rey, which we later learned is going to be a delivery center for the region.

Interestingly, several Model 3 vehicles were spotted at the location soon after and now we learn that Tesla brought several dozen more units of their new all-electric vehicle at the facility recently.

The location has the space to become an important delivery hub for Tesla in Los Angeles, which is one of the automaker’s biggest market and it is expected to grow in a big way with the Model 3 production ramp up.

Last month, roughly 20 Model 3 vehicles were spotted in the parking garage of the building. It may not seem like much, but it’s actually a significant volume considering how many Model 3 Tesla delivered until recently.

But now at least 27 additional Model 3 vehicles were spotted at the location last week.

Ethan Cushing (@ethancushing) managed to get a good view of the rear parking lot of Tesla’s new facility and he spotted the new Model 3 vehicles. He shared a few pictures with us:

It looks like Tesla is stockpiling Model 3’s in Los Angeles ahead of the launch its new delivery center.

For a while now and ahead of the expected increase in delivery volumes due to Model 3, Tesla has been experimenting with delivery centers, which are similar to the automaker’s regular retail locations, but they focus on the delivery process. Some of them have been temporary locations, like one in Culver City earlier this year, but it looks like Tesla is also looking at permanent locations.

With now several dozen Model 3 units at the location, it looks like this new delivery center will have its work cut out for it once it opens, which we don’t know exactly when that will be, but renovation work has visibly progressed at the facility.

The timing might have something to do with the start of Model 3 deliveries to regular reservation holders – something that’s expected to happen in the next few weeks.

We have nothing yet to indicate that Tesla has fixed its production bottlenecks that have slowed the output of Model 3, but it’s clear that more vehicles are frequently being delivered and there are more to come.

But the total number of Model 3 vehicles on the road to date seems to still be under 1,000 units. As we reported on our Electrek podcast, Tesla had produced only just over 580 Model 3 vehicles as of mid-November, according to a source familiar with the matter.