The automaker first guided that the deliveries to regular reservations holders would start in “late October”, but that was delayed last month when Tesla announced some production difficulties pushing back the target for a production rate of 5,000 units per week from December to “the end of the first quarter 2018.”

It looks like the delay for the first Model 3 deliveries to regular reservation holders is a little shorter since people configuring their orders now are being told that they will take delivery by the end of the year, which is just a few weeks away at this point.

You You Xue, an early Model 3 reservation holder, is based in San Francisco and is a Model S owner, which makes him check all the requirements (first-day reservation, taking delivery in California, and being a Tesla owner) to get an early delivery as a non-Tesla employee reservation holders.

He was in the first batch of invitations to be sent out: 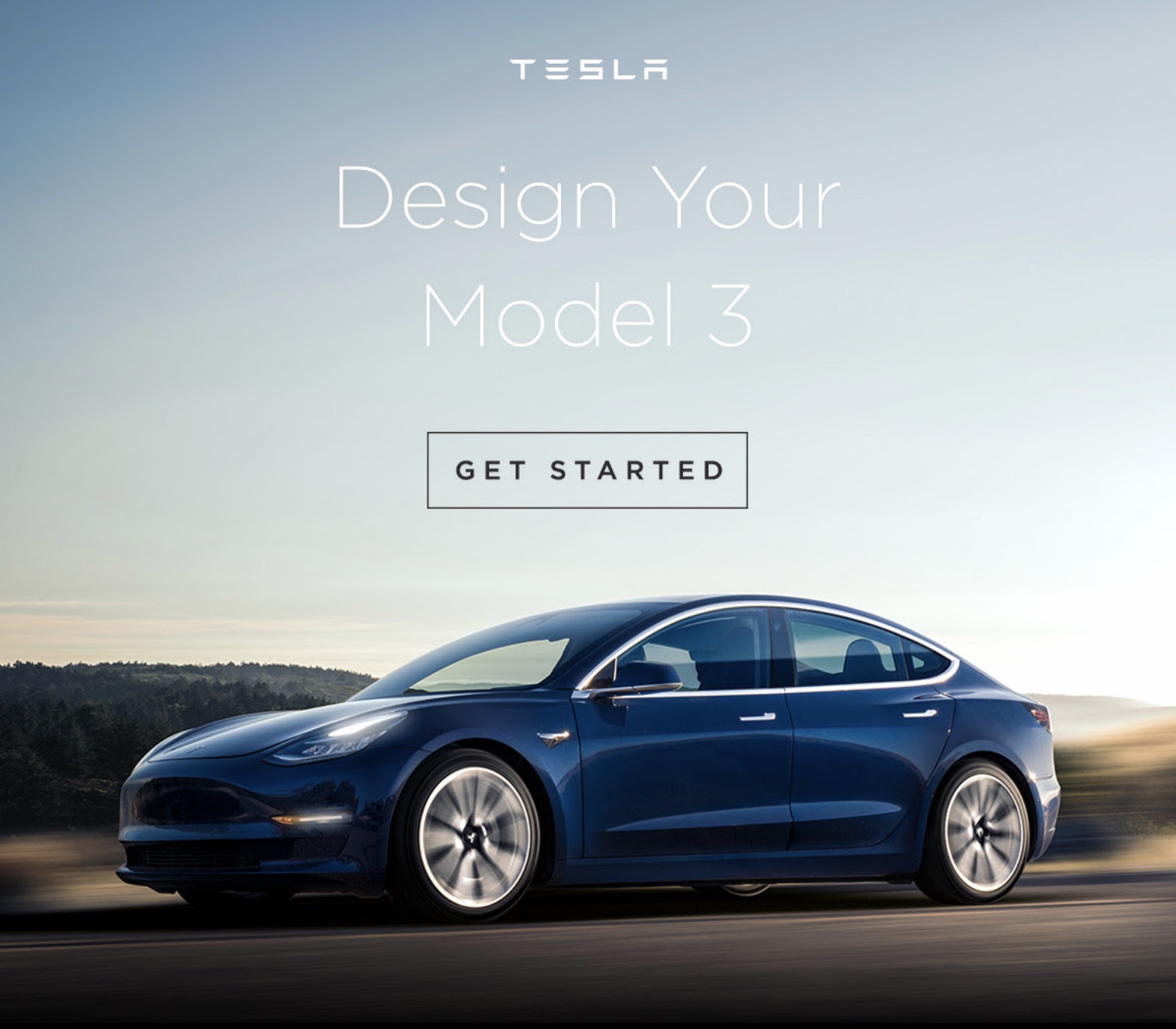 Here he shares with us some pictures of the configurator for regular reservation holders (all image credits to You You Xue):

A cool configuration here by You You Xue: white with 19″ Sports wheels.

As you can see from the screenshots of the configurator, the Long Range battery pack and Premium Interior package are still the only options in production and therefore, they are required to get an early delivery.

Overall, the options seem to have the same limitations as the ones for Tesla employees and company insiders – though the configurator seems to have been slightly updated from the one we saw back in July.

With the regular Model 3 deliveries being delayed when Tesla pushed its production rate target of 5,000 units per week, it was assumed that those deliveries were dependent on an increase in the production rate, which was stuck to only a few hundred per month over the first few months of production.

Now that Tesla is transferring those reservations into orders, it could potentially be taken as a sign that they are confident in an imminent increase of their production rate.

While they delayed the target of 5,000 units per week for December, CEO Elon Musk said during the third quarter earnings call that he still expects Tesla to hit “a few thousand units” over the same timeline.

Tesla is believed to have a significant backlog of orders with employees and family members of employees alone, but a production rate of a few thousand units per week would definitely enable them to expand their delivery range.

What do you think? Let us know in the comment section below and make some jealous by sharing your configuration if you are among the first few to get invites.

And if you haven’t received an invitation to configure yet, don’t panic. Based on Tesla previous vehicle launches, they send them out in batches and it can take a while before everyone gets one. This is likely to be even more true with the insane number of reservations that Tesla received for Model 3.