Tesla Semi Unveiling: here are our ‘mind blowing’ expectations for the electric truck

Tesla is set to unveil its electric semi truck this week and as usual, the expectations are high. CEO Elon Musk did nothing to manage those expectations yesterday when he went as far as saying that the unveil will “blow your mind clear out of your skull and into an alternate dimension.”

While it may sound just like a simple exaggeration, it’s only the latest in a series of statements hyping the upcoming electric truck.

Now we try to set those expectations and see why Musk seems so confident. A hint: it’s all about the economics.

Several other companies tried to steal Tesla’s spotlight in recent months by unveiling their own electric trucks.

Cummins and Daimler each unveiled their own electric semi truck concepts, but the operative word here being ‘concept’.

They showed prototypes of their idea of an electric truck and talked about the electric powertrain, but they didn’t talk in detail about the cost of the trucks, the cost of operation, durability, and all the things that fleet operators care about.

Now don’t get me wrong, Tesla’s event this week is also about unveiling a flashy and impressive electric truck prototype with a powerful powertrain, but Tesla will need more than that if it really wants to impress the freight industry.

We already got a good look at Tesla’s electric truck after a prototype was first spotted last month and we have a pretty good idea of its power after videos of the automaker’s truck test mule emerged. 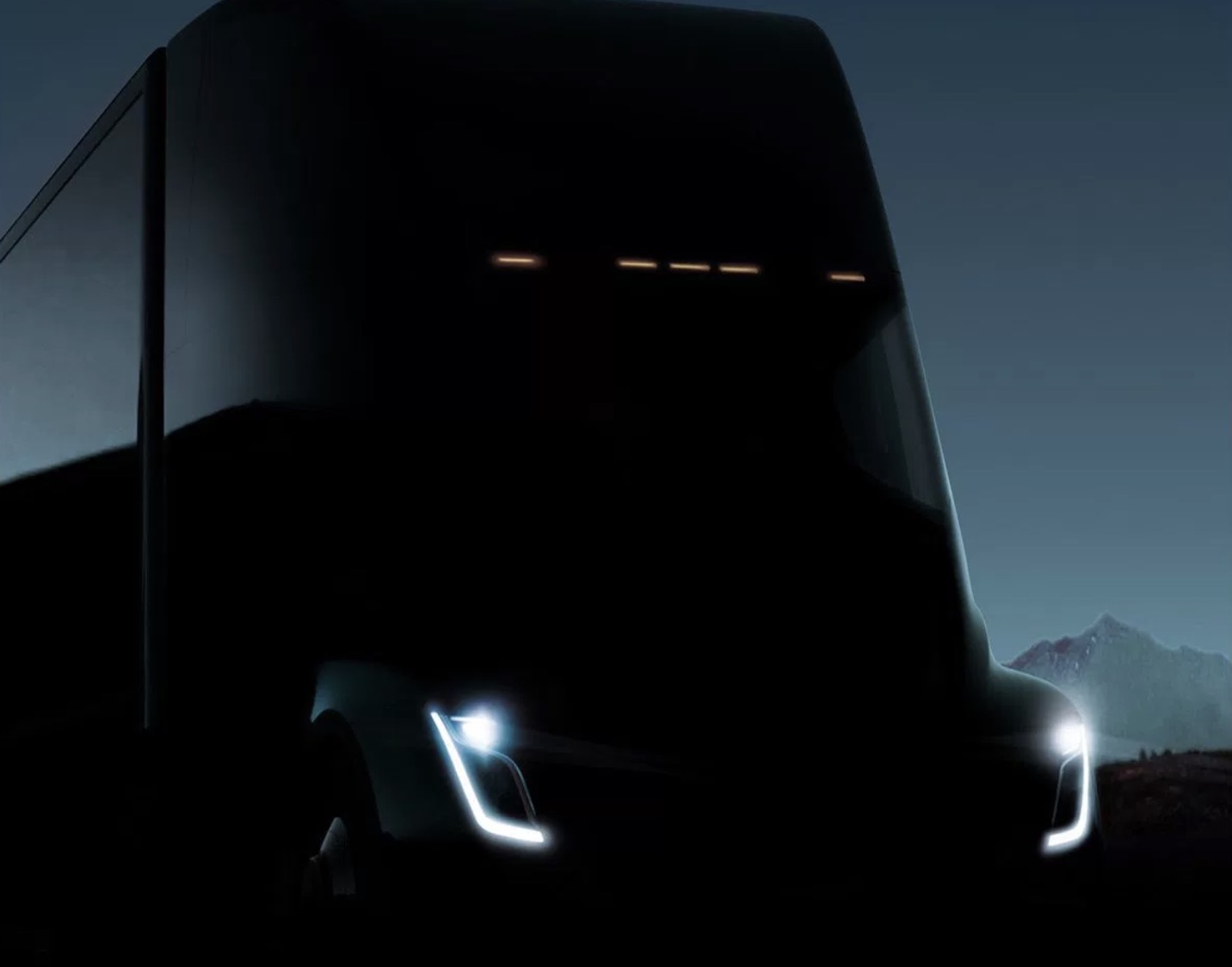 What the industry will be looking for is actual hard numbers about the economics of this truck.

When people buy passenger cars, sure the price tag and cost of operation can play a role, but there are many other factors that come into play, like aesthetics, comfort, etc.  – some more important than others depending on the person.

But all those factors mean close to nothing in freight transport. It’s a business and it needs to be profitable to work.

With razor-thin margins of roughly 5%, every cent is important, which is why fleet operators are mainly just looking at the cost of the truck and its total cost of operation.

Tesla Semi Truck unveil to be webcast live on Thursday at 8pm! This will blow your mind clear out of your skull and into an alternate dimension. Just need to find my portal gun …

If Musk really wants to “blow minds” at that event, he is going to have to do more than to unveil a cool-looking electric truck that can out torque any diesel truck. He will have to deliver those numbers and they need to be impressive.

Now here I share my expectations which should be taken with a grain of salt.

There’s no doubt that the Tesla truck will be much more expensive and that it will try to compensate with a lower cost of operation.

Class 8 diesel trucks these days cost around $120,000, but in order to get any kind of significant range with a full load, Tesla will need to have a massive battery pack in that truck. I would expect between 400 and 600 kWh, which could easily be worth $100,000 by itself.

By taking that into account, and the fact that Tesla has never built a truck before, I find it hard to believe that they could deliver that truck for less than $250,000 outright.

However there could be ways to get around that sticker shock with a battery renting structure enabled through a battery swap program instead of purchasing the truck with the battery pack, but that’s just a big unknown at this point. I prefer to approach it as a straightforward purchase for the sake of simplicity.

An eye-watering $100,000+ cost difference for any product would be enough to make buyers look somewhere else, but that’s simply not at all the case for class 8 truck buyers because they understand that the cost of operating those trucks dwarf any initial price tag.

They can spend over $70,000 per year in diesel alone to operate a class 8 truck. Without accounting for the salary of the driver, we are talking about roughly $1 per mile of operation (maintenance, insurance, etc.).

That’s what Tesla needs to beat – or crush – if Musk wants to blow the minds of people buying semis.

I expect that Tesla could announce something between $0.40 to $0.60 per mile. For reference, I’d be disappointed if Tesla doesn’t even put forward a number for the cost of operation. I’d be impressed if it’s between $0.50-$0.60, and it will blow my mind if it’s below $0.50, which is apparently the goal.

Now, you could also account for the cost of the driver, which adds roughly $0.35 to $0.40 per mile. There’s always the possibility that Tesla surprises everyone and reveals that the trucks are actually driverless, which would further improve the cost of operation. But I would be surprised if it’s actually the case, at least initially.

There’s evidence that Tesla has requested to test self-driving technology for its trucks in California and Nevada, but I doubt the company plans to launch the trucks without drivers.

If they do, it would be an obvious game changer, but they don’t need to be in order to revolutionize the cost of ground freight transport.

Aside for the difference between the cost of diesel and electricity, there are other ways that Tesla could achieve improvements in the cost of operations.

For example, Tesla has proven to be quite good at aerodynamic performance. The Tesla truck could impress in that regard with a low drag coefficient and perhaps a way to shield the trailer from the wind.

Also, everyone seems to assume that the truck will actually be heavier than the average diesel truck. I am not so quick to say that it will be the case here. While there’s no doubt that batteries are heavy, diesel engines are too and there are likely other areas that can be improved.

It’s not impossible for Tesla to beat that. Every pound that you can save on the tractor is important since it’s one more pound of payload and the overall load weight is limited to 80,000 lbs. Let’s say Tesla can save 1,000 lbs, that’s 1,000 lbs more of cargo per trip and again more money saved for the cost of operation. With several battery packs, Tesla also has the opportunity to divide the weight efficiently onto different axles.

If Musk wants to blow people’s minds, that would be something to do.

Another “blow your mind” moment could be the warranty, which is also important in the cost of operation. Class 8 truck warranties are complicated, but generally speaking, a basic warranty for the main powertrain components are limited to fewer than 300,000 miles.

Musk has been talking about pushing its electric motors to 1 million miles and if there was a time to make an announcement in that direction, the truck unveiling might be the time.

As for the actual capabilities of truck, again, I think that’s probably not going to be the highlight for the actual fleet operators, but I’m sure it still going to feature some impressive engineering.

Musk already talked about the truck using multiple Model 3 electric motors. I wouldn’t be surprised if they achieve an overall power output of 800 kW to 1 MW with 4+ of these motors.

There’s also no doubt that it will be able to accelerate like a rocket compared to your average class 8, which get from 0 to 60 mph in about 1 minute when empty. I wouldn’t be surprised if the Tesla truck can accelerate to 60 mph in just 20 seconds or less.

Speaking of speed, Tesla is also likely to impress with the charge rate. They will have to announce a significant jump in charging capacity in order to support the truck program.

Maybe it’s time to finally announce the ‘Supercharger V3’ that Musk teased almost a year ago:

When I asked Musk about it last year, a lot of people thought that his response (above) was a joke. I’m not so sure.

Like with electric cars, the range could actually not be as big of an issue as most people think – especially if they achieve the cost of operation previously mentioned.

Even if it ends up being limited to 200 or 300 miles on a single charge, which is significantly less than an average diesel truck, they will still find plenty of buyers. Maybe not with long-distance freight companies, but private fleet operators with known regular routes, like Wal-Mart, Home Depot, Amazon, etc.

With a significantly lower cost of operations, those companies will put Tesla’s truck to work between their distribution centers and stores where it makes sense.

As for freight companies, they could also find plenty of use cases for those trucks if they are assured that they can reduce their costs.

Actually, I wouldn’t be surprised if Tesla announces that they have already sold out X number of years of production to those companies at the event.

In short, Tesla says that it plans to blow minds at the event and I think that’s what it will take.

You can join us on Electrek Thursday at 8PM PT (local) – 4:00 UTC for the Tesla Truck unveiling.