After seeing the Lucid Air in person this last weekend in LA, we’ve posted a little extra information about the car’s interior, autonomous drive system and interface.  But the biggest question remains: Is this car the real deal?  Or just another of the endless list of EV prototypes, from major and new manufacturers alike, which never see the light of day?

It’s probably too early for a definitive answer, but this effort does seem more likely to succeed, and more serious, than many others have – including, importantly, the Tesla-one-upping, kitchen-sink approach of Faraday Future.

The performance certainly seems hype-worthy, though Lucid did not actually make it a main focus of their presentation. We were treated to short ridealongs to get a taste of the car’s dizzying acceleration and handling, with a chassis engineer who was having way too much fun doing his job for the night.

But when asked how I felt about the performance, I could only note that I was not unimpressed. Why?  Because I’ve spent plenty of time in Teslas, both Model S and Roadster, and the responsiveness of a performance-oriented EV drivetrain is nothing new to me. At this point, I consider it normal – and other cars (primarily ICE) which do not meet that high standard disappoint me. So this is nothing against the performance of the Air – it was quick, powerful, and seemed like it handled well and was fun to drive (albeit these impressions were from the passenger’s seat). I’m just spoiled, that’s all.

A Lucid employee responded to my lukewarm reaction with an interesting sentence: “acceleration will become a commodity.” The idea is that, going forward, it will not be difficult to make a quick electric car. Get a big battery and a capable motor and there you go, you have a car which is quicker and more responsive than all but the most highly-tuned ICE machines and their complicated engines with over a century worth of refinement. Here is a picture of Lucid’s 600hp rear motor, which seemed slightly smaller than Tesla’s rear motor, though this is still a prototype: 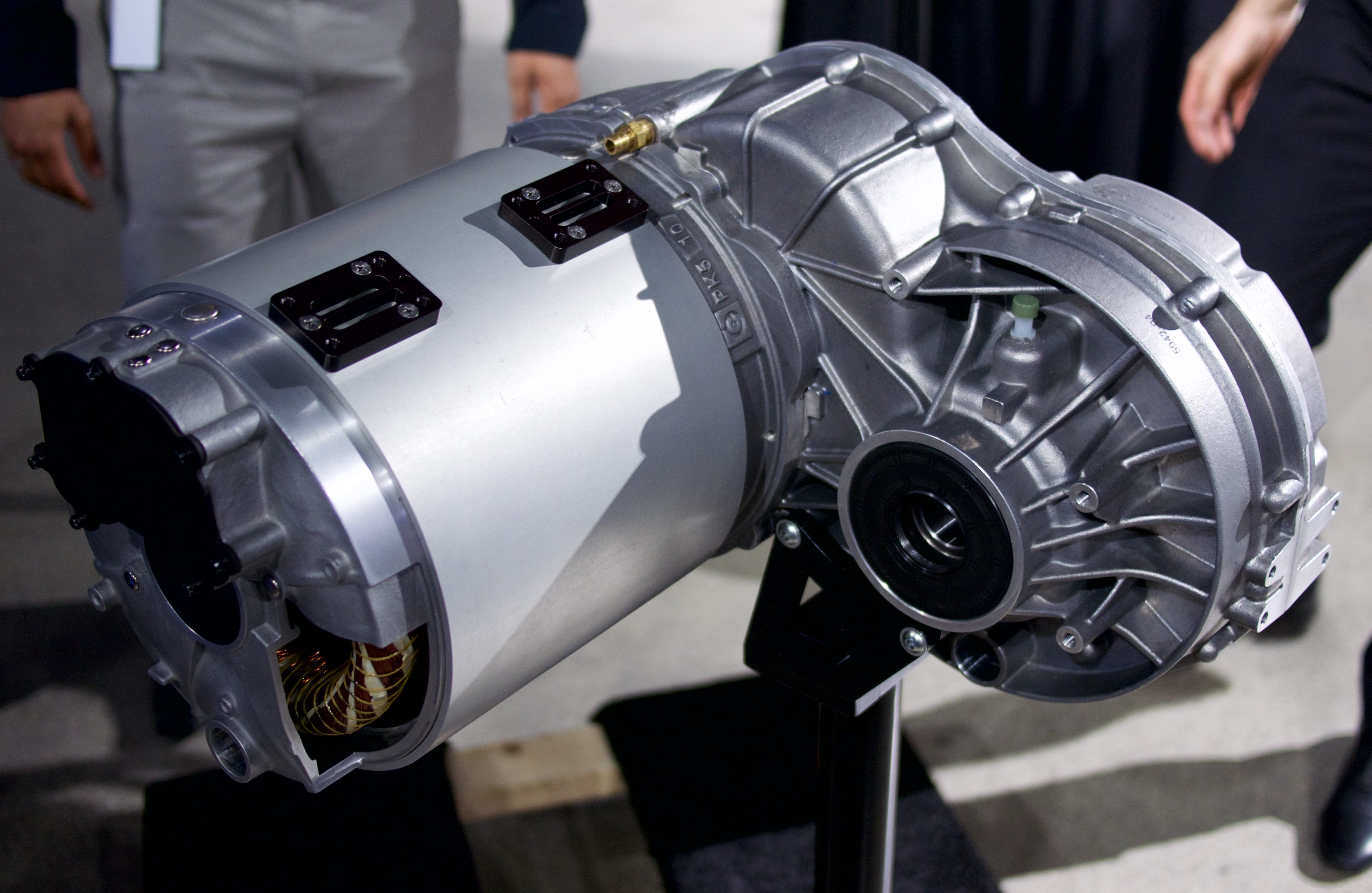 So Lucid’s focus is not just on acceleration, but on the rest of the package – the battery, the quick-charging, the interior, the software, the autonomous drive. They did not try, in their presentation, to simply “one-up” Tesla with a hundredth-of-a-second improvement in 0-60 times, as if this is the primary selling point of an executive, chauffeur-focused vehicle (which both the FF91 and Lucid Air seem to be, at least in their shown configurations – Lucid will eventually have a bench-rear-seat option).

In fact, there was little “Tesla-one-upping” at all. I took this as a huge positive – I’ve long been an advocate of the “same team” mentality when it comes to electric vehicles – the competition is not other EVs, but ICE cars. Many times, both in prepared remarks and in conversations with Lucid employees, it came up that it would be folly for a new EV manufacturer to decide that their sole competition is Tesla, or other EVs, as those still represent <1% of the global market (Norway notwithstanding).

It stands to reason that Lucid would have some of this “same team” mentality, given that much of their team are former Tesla employees – including CTO Peter Rawlinson, pictured at the top of this article. A longtime Tesla employee who has worked with many of Lucid’s current employees assured me that the company has a lot of good people working for it.

And Lucid showed that they are very aware of the benefits of being a new manufacturer at a time where the automotive industry is changing drastically. Legacy manufacturers are stuck in a rut of their own creation, with minimal tweaks each model year and no drastic changes so as not to cannibalize their own market share from other vehicle models (or future ones), needing to increase sales of boring low-margin econoboxes to make up for their high-margin gas guzzlers, and sunk costs into intellectual property (IP) which will soon turn worthless (the main part of legacy manufacturers’ IP is engine design). Lucid seems to know this and considers it an opportunity to step into the market, with a clean slate and an opportunity to eat into ICE market share, not just EV market share.

Compared to other “Tesla challengers,” like Faraday Future’s, the Lucid Air seems like a more mature, reasonable vehicle, with a less unreasonable amount of hype attached.  The FF91 basically packs in every conceivable gimmick anyone has ever thought of putting onto a concept car, and seems like it will be more complex than necessary (driver facial recognition for custom-tailored smells based on your mood? …really?). Faraday has also engaged in high-profile sponsorships, unrealistic concept cars, and of course the aforementioned Tesla-baiting in their unveiling, where they measured a stripped-down FF91 as being a hundredth of a second faster to 60 than the Model S.

This is not to say that Faraday is doomed to failure or that Lucid is destined for success.  The path will be hard for both companies, and maybe Faraday’s hype will help to sustain them – Tesla has certainly had their fair share of hype over the years, without which it may not still exist.

And Lucid’s path has already had some setbacks.  Construction has not yet begun on the Casa Grande, Arizona facility where the car will be built, and Lucid says that their construction plan has the first car rolling off the line “about two years” after construction begins on the building – and that’s assuming everything else goes to plan.  This means that they recently had to push back their initial production estimate from 2018 to 2019.

Once they do start producing the car, they’ll have to figure out how to sell it.  Currently they are thinking they’ll go with a Tesla-like model of direct sales, but that means building up a whole sales and service infrastructure in addition to just engineering and building a car, which is not an easy task. It’s also one in which Tesla has encountered legislative hurdles – some of which will be even higher for Lucid, who won’t get “grandfathered in” by any more states that might decide to ban direct sales going forward, as Indiana recently did. And the pricetag is probably a little high, especially considering they don’t have the benefit of novelty which Tesla had – though they are targeting moving into lower price ranges and option levels as production increases.

So: is this car the real deal?  I think it is. It looks good, it’s mature, it’s capable, and they have a good team with a good (though optimistic) outlook. Does this mean they will necessarily succeed? No, it doesn’t, particularly given the difficulty of the automotive market. But between their less-nonsense attitude and their more-realistic approach to engineering their car (as compared to Faraday), I’d give them more than even odds as to which one is more likely to make it out alive. 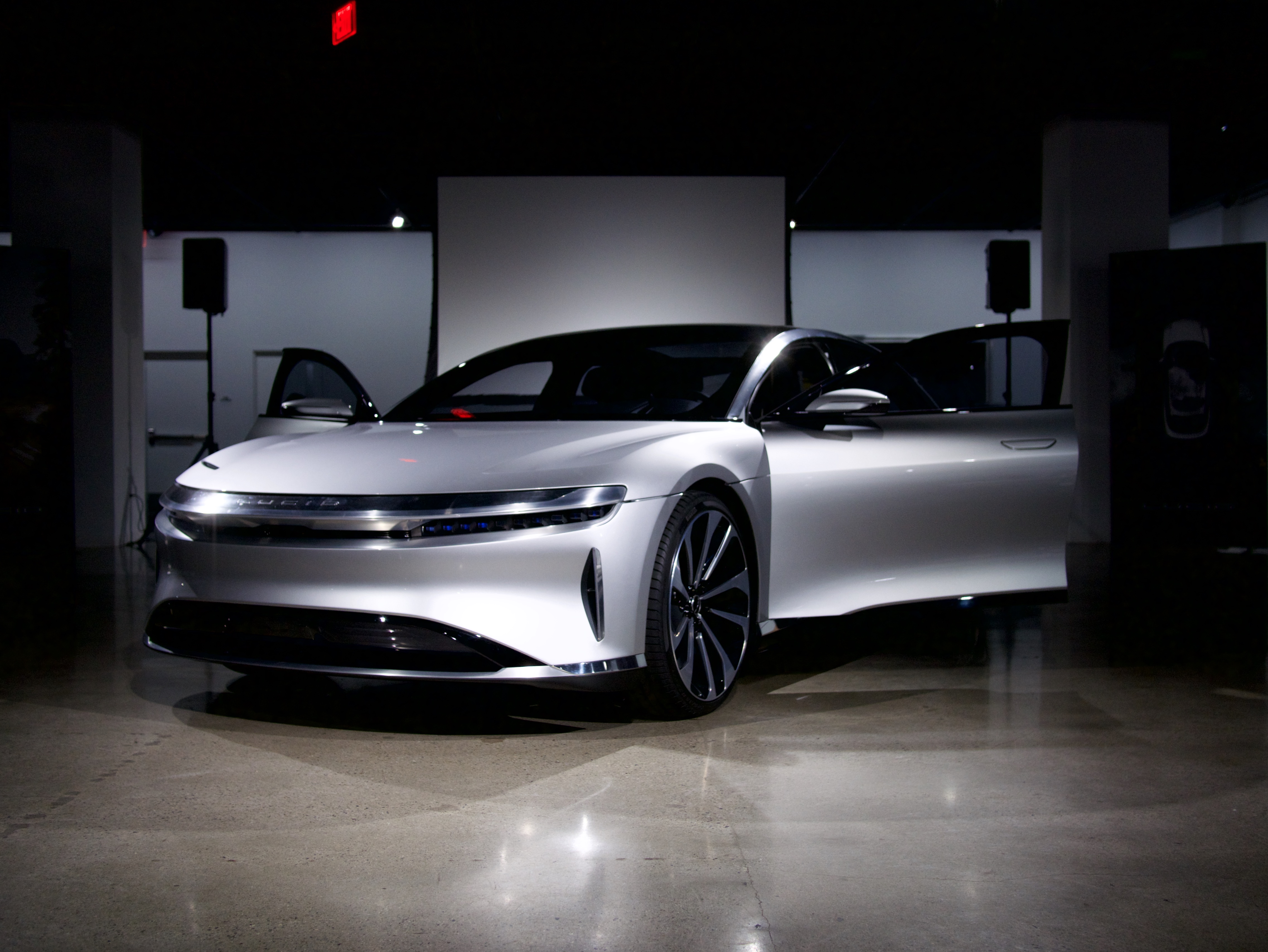