Lucid Motors will build its electric vehicle factory in Arizona next year, production to begin in 2018

Electric vehicle startup Lucid Motors, formerly known as Atieva, announced today that it will build its electric vehicle factory in Casa Grande, Arizona. The company made the announcement in Phoenix with Arizona Governor Doug Ducey, who praised the state’s low corporate taxes and few regulations in order to close the deal.

Construction should start in 2017 with the production of Lucid’s first car starting in 2018.

Brian Barron, Director of Global Manufacturing, announced that the manufacturing facility should bring 2,000 new jobs to the two states by 2022 — the Mexican state of Sonora was apparently also part of the deal. Governor Claudia Pavlovich Arellano announced that the companies located in her state will be an important part of Lucid’s supply chain for the factory.

The company brought two Alpha prototypes of its first vehicle (pictured above) at the announcement in Phoenix. It’s only the second official outing for the vehicle after the LA Motor Show earlier this month.

Here are the two prototypes at the announcement today: 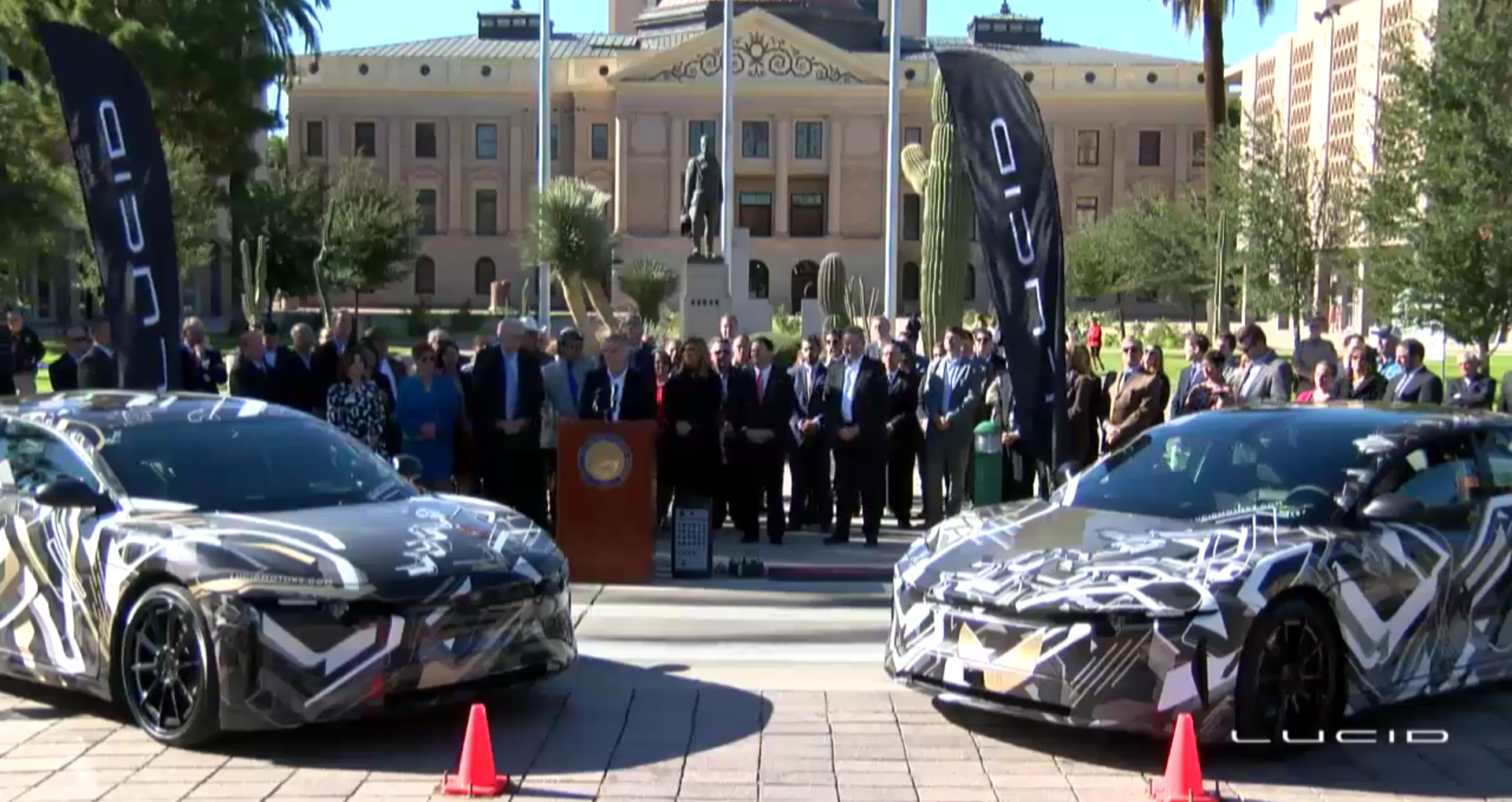 The vehicle, codenamed ‘Atvus’, is an all-electric luxury sedan equipped with an electric powertrain that was developed in Lucid’s Edna test van with a 87 kWh battery pack and an output of more than 900 horsepower.

Barron, an 18-year veteran of BMW manufacturing division, will be in charge of Lucid’s factory program. The cost of the factory is expected at $700 million and it will be built on a 500-acre parcel of land described as a “shovel-ready site with heavy rail access” by local officials.

The details of the deal between Lucid, the state, and the local county haven’t been disclosed yet.

You can watch the announcement in full here: