Tesla adds ‘100D’ badges for Model S and X, hints at imminent release of its longest range car yet 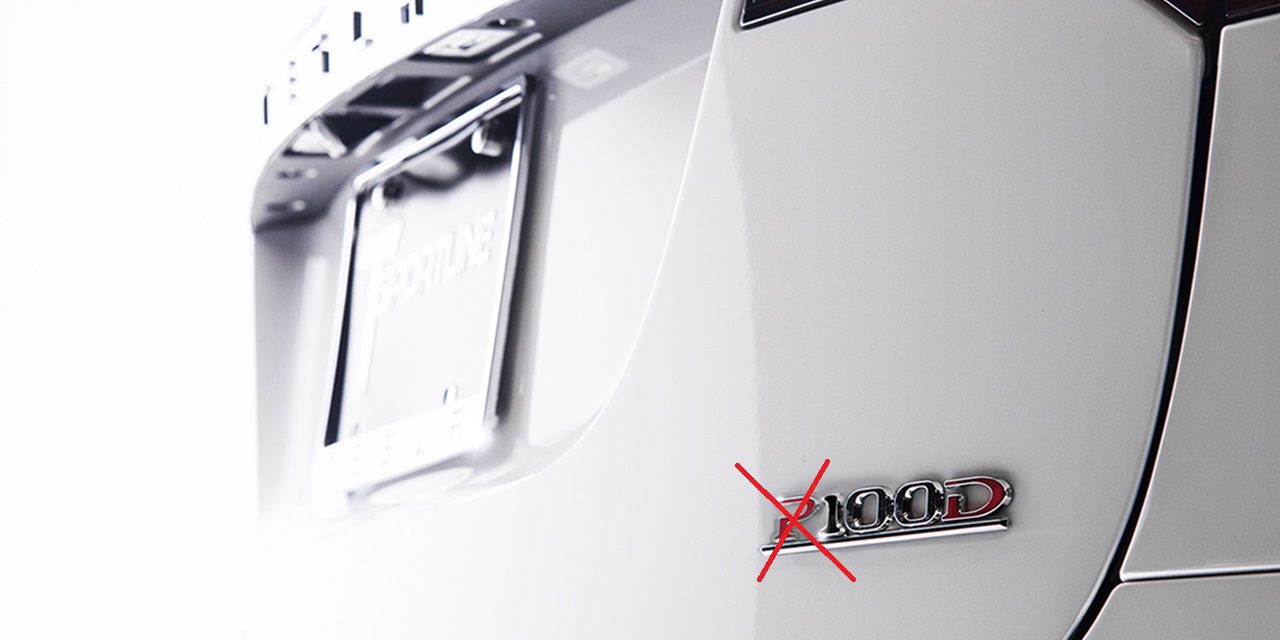 When Tesla CEO Elon Musk announced the release of the 100 kWh battery pack, he said that the automaker was only planning to make it available in the performance versions of the Model S and X (P100D) for the first few months of production since he was anticipating a lot of demand for it.

But the non-performance version, 100D, is also highly anticipated since it will be the automaker’s longest range car and consequently, the world’s electric vehicle with the longest range by a significant margin.

Of course, it’s also expected to be cheaper than its performance counterpart.

Now the vehicle looks closer to release than ever since Tesla added the new ‘100D’ badge to the Model S and Model X online design studios.

The change was first spotted today by Tesla subreddit moderator 110110. The badge was added to the source code of the configurator, but it isn’t public and can’t be selected just yet.

While it clearly hints at an imminent release of the new model, we don’t know exactly when it will be available for order yet. We reached out to Tesla to see if they wanted to comment, but the company didn’t answer our inquiries. They generally don’t comment on unannounced products.

Last month, Musk listed the 100 kWh battery pack production has one of his top 3 priorities at Tesla. When first announcing the pack, he said that they plan for “200 packs per week” or about 10% of Tesla’s production capacity, but also that he sees the number increasing in the coming months and that demand for the performance (P100D) version of the battery pack will be enough to create a backlog and therefore, they don’t plan to introduce a non-performance version (100D) until it stabilizes.

It looks like we are getting close to that point. Tesla started delivering the P100Ds (Model S and X) in early September.

The Model S P100D became both the ‘Quickest Production Cars in the World’ (soon it will be even quicker) and the EV with the longest range in the world – with 315 miles of EPA-rated range. The 100D version of the car is expected to easily beat that.

There’s no doubt at this point that the Model S 100D will be the electric vehicle with the longest range in the world, but the question is by how many miles?

Before officially announcing the 100 kWh pack, some test results were leaked by RDW (the Dutch regulator and European authority used by Tesla to approve its vehicles for European roads) and it showed a range of 613 km (~380 miles) on a single charge. Now, of course, this is based the New European Driving Cycle (NEDC).

What about the real world/EPA rating?