Earlier this month, Tesla CEO Elon Musk teased an Easter egg in an upcoming software update that would enable more performance in the P100D Ludicrous version of the Model S and X. Today, Musk added some updated performance numbers to go with his tease.

The CEO says that a Model S P100D with Ludicrous battery upgrade will be able to accelerate from 0 to 60 mph in 2.4 seconds (down from 2.5 seconds) and to run a quarter-mile in 10.6 seconds.

So far the fastest recorded quarter-mile in a Model S P100D has been 10.76 seconds.

We are talking about making what is already considered the quickest production car in the world even quicker and through a software update no less.

As a commenter suggested when Musk first referenced the upgrade, Tesla could introduce a new product with the update: 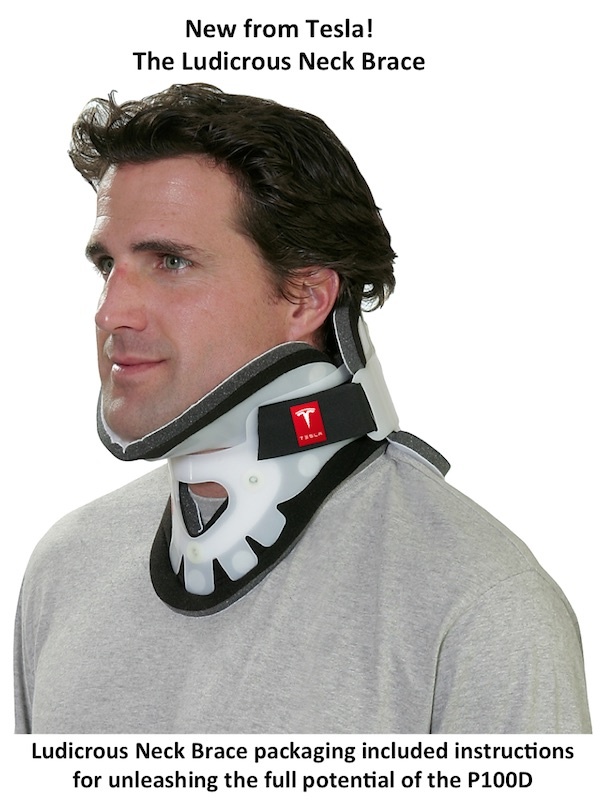 It means that P100D owners will have to find the Easter Egg first in order to unlock the power.

As we reported in our last article on the update, Musk made a reference to the Princess Bride when talking about the update:

@Locobooff it is not actually left-handed

It sounds like a reference to a scene in the movie Princess Bride during which Dread Pirate Roberts and Inigo each fight with their left-hand until they both reveal that it’s not their strong hand:

Since Tesla’s Easter eggs have also mostly been linked to pop-culture reference, it could be a hint – or not. We really don’t know, but we will be on the lookout for the Easter egg once the update comes out.

In the meantime, it could be useful to revisit some of Tesla’s past Easter eggs in order to get a better idea of what could be needed to unlock the next one: