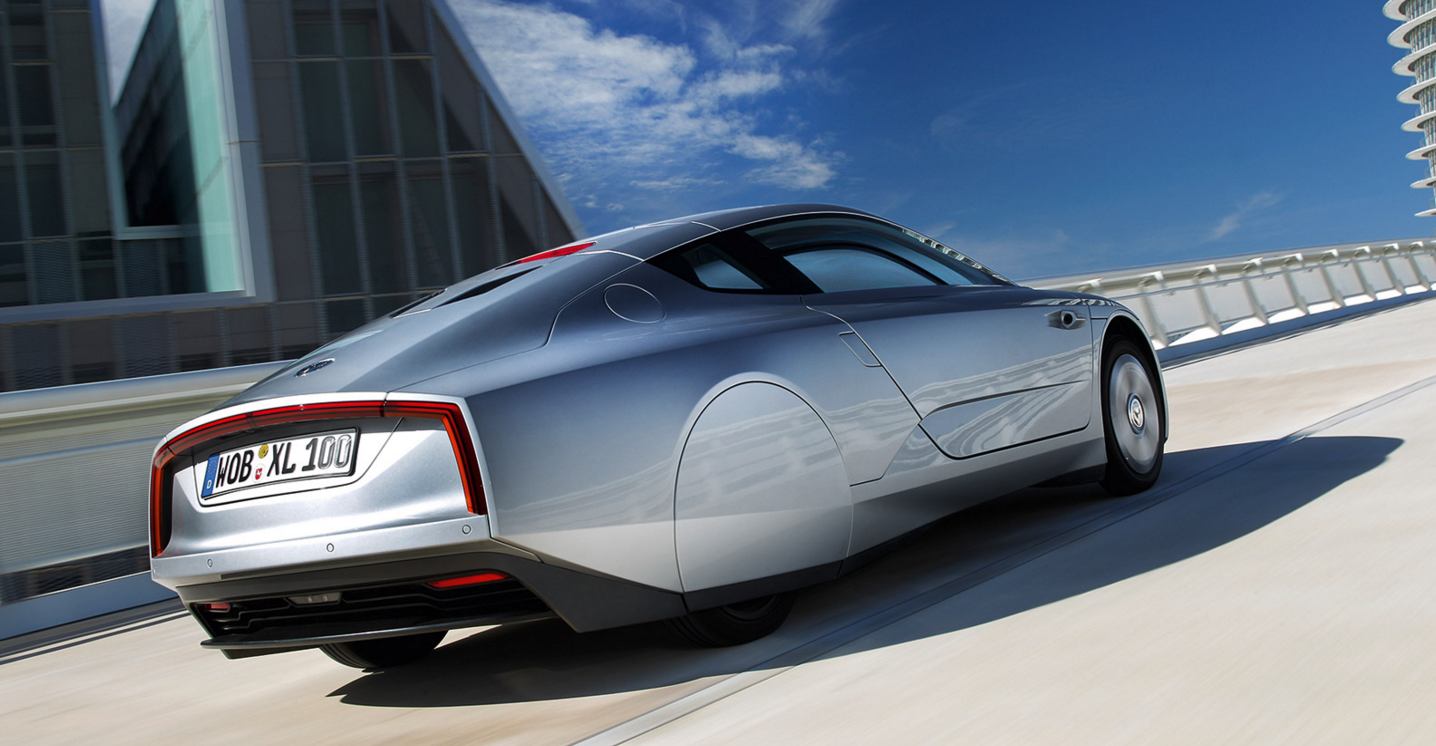 A new source with connections at Tesla’s design group has informed me that late stage tweaking of the Model 3 is being done with an eye towards extreme minimization of wind resistance. The Model 3, which of course is the renamed Model E, is scheduled to be shown off for the first time publicly in March of 2016. The mass market Tesla is expected to be a smaller sedan/crossover platform that resembles the BMW 3 series in size. The range of the vehicle is expected to start at 200 miles and go up from there with various size batteries and drivetrains. The majority of Tesla employees are now working on this car.

What I’m hearing internally is that CEO Elon Musk is intensely driving the engineering designers to deliver a design with a drag coefficient lower than .20 which would make it the lowest of any mass production car in the world and close to extreme vehicles like GM’s EV1 and Volkswagen’s XL1 (pictured above), – both cars that have flat rear wheel covers… Achieving extremely low drag coefficients can often result in unconventional – at times unappealing – designs. But considering Musk’s penchant for aesthetics, it is unlikely Tesla will sacrifice visual appeal for better aerodynamic performance. Although he is on record saying that the Model 3 “won’t look like other cars.”

Indeed. A list of extreme low drag coefficient production vehicles from Wikipedia is shown on the right. The Model S is already one of the lowest on record at .24 and narrowing its profile to “3 series” width is already probably good for a small gain. But to get to the next step, I’ve heard Tesla is:

Most interesting is perhaps the last detail: instead of pulling in air to cool the batteries through the front of the car, the nose and bottom of the vehicle could act as a fan-less heat sink as air is drawn around it. This provides cooling when needed for the batteries and engine/drivetrain. I’m not sure where this idea came from but I could make a pretty good guess.

After unveiling the Model X with cameras instead of side mirrors, Tesla unsuccessfully tried to change the law requiring all production vehicles to have side rear view mirrors. Even with rearview mirrors, the Model X still managed to beat the aerodynamic performance of all production SUV/crossovers by achieving a drag coefficient of .24 – narrowly beating Audi, which claimed the record with its recently unveiled Quattro.

Every little bit of drag eliminated means that fewer batteries need to go into the Model 3 to reach that 200 mile threshold the company has been promising. Fewer batteries on a massive scale isn’t just a significant cost savings, it also lowers the weight of the car, gives Tesla’s engineers more room to work internally and leaves more space for upgrading to a pack with more energy without adversely affecting design.

If I had to guess right now, or indeed two years ago, I’d say Tesla aims to get 200 miles out of a ~50kWh battery.  As a comparison, Nissan’s slightly less elegant but same-sized 2016 Leaf gets 110 mile range from a 30kWh pack, so it is certainly possible. 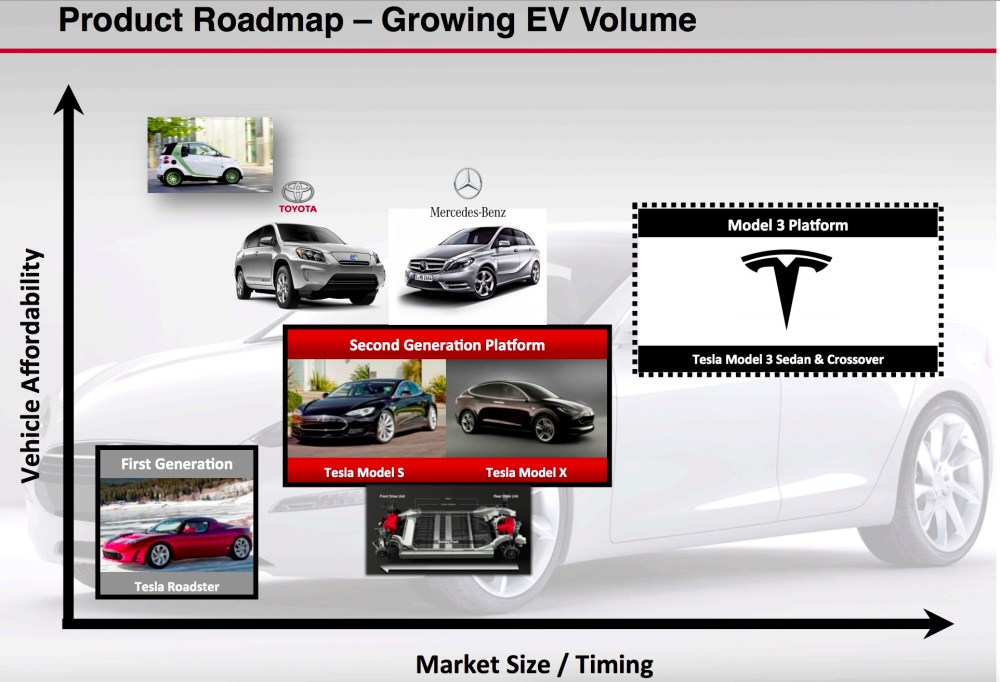 We’re going to run this info by Tesla to see if they have any comment and hopefully we’ll have more to share from this tipster soon.

Fred Lambert contributed to this report.

If you want more Tesla Motors and electric vehicle news, make sure to follow us on Twitter, Facebookor Google+ to get our latest articles.