Three months ago Tesla announced a referral program for Model S owners. By referring someone who ends up buying a Tesla Model S, the owner gets $1,000 credit from Tesla to put toward accessories, service or a car, and the new buyer gets $1,000 off his new Model S. The program is only in a “trial phase” until October 31, but the deadline is also a competition for top referrers.

Today, less than two weeks before the end of the trial, the automaker upped the ante by announcing that those who make 5 referrals will receive a Tesla Powerwall for free… The company had previously announced that those who make 5 referrals will receive an invitation for them to attend Tesla’s grand opening party for the Gigafactory (April 2016), which is now in addition to the free energy storage system.

Those who make 10 referrals will have the chance to purchase a fully-loaded Founder Series Model X, which is not available through regular purchase, for the price of a base-level Model X— which represent about $25,000 in savings. The first person to make 10 referrals, in each region Tesla operates, gets a fully loaded Model X for free.

Finally, the owner with the most referrals by the end of the month, again per region, will be able to exchange their current Model S for a brand new fully loaded Ludicrous P90D Model S.

Here’s where things get crazy, the top referrer currently has 88 confirmed referrals. At the average sale price of the Model S, that’s about $8 million in revenue generation in 3 months from a single Tesla owner.

Here’s the current leaderboard of Model S owner for the referral program: 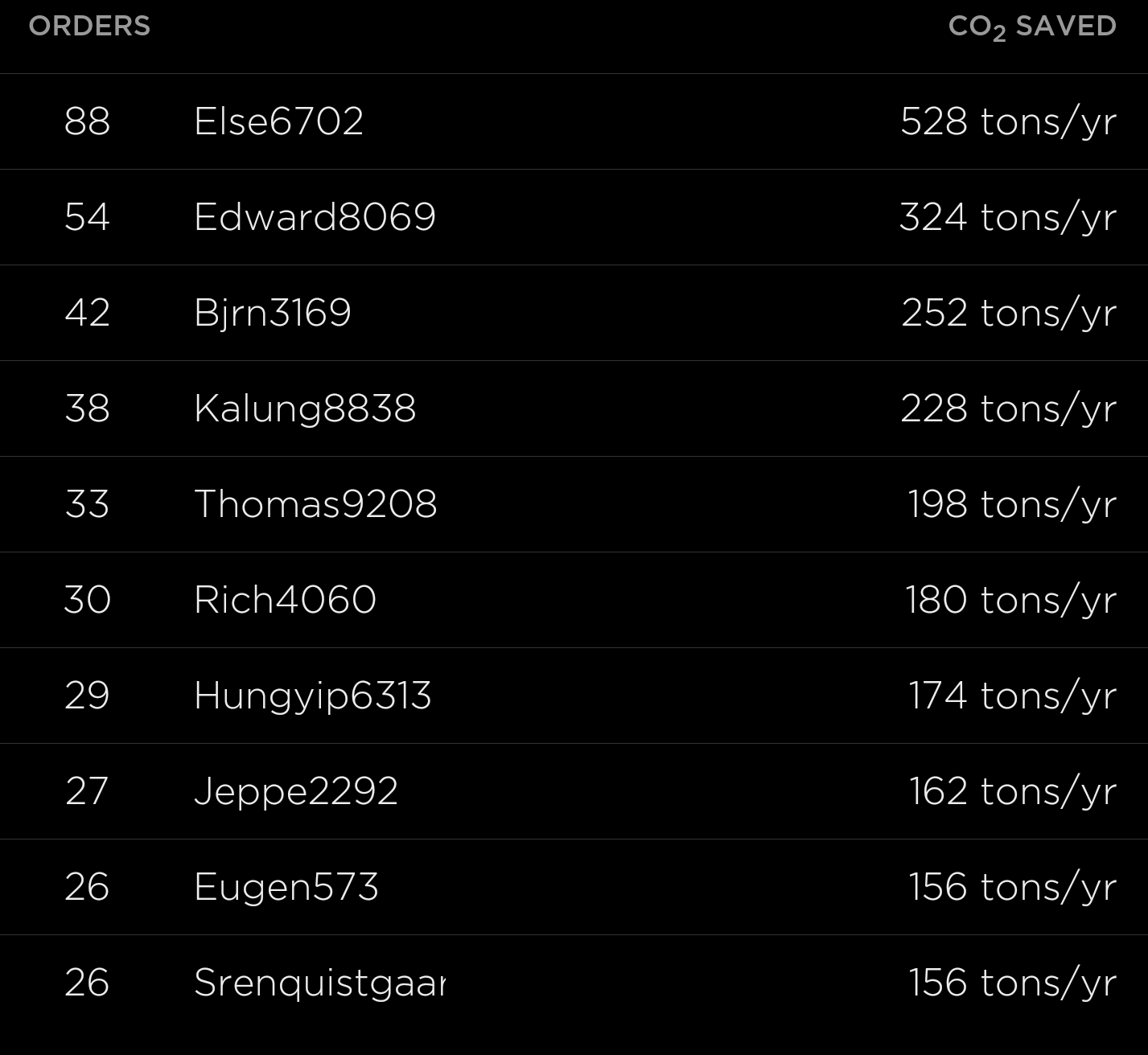