Tesla Motors is holding a launch event tonight for the Model X at the former Solyndra building near Tesla’s Fremont factory. The company will open the doors at 7PM local time (10PM ET) and the event will start at 8PM (11PM ET). Tesla will livestream the event on their website and we will be live-blogging it here:

Here’s a few recent posts on what we know about the Model X to get you fired-up before the livestream start:

Keep hitting that refresh button, things should get more exciting as Tesla gets closer to opening the doors…

Made it to the #ModelX event inspite of myself. Always pays to arrive early in case of unforeseen happenings pic.twitter.com/3PsY79blGG

10 minutes before the doors open

As usual, they are running late, but the doors are opening.

Some are now inside!

We're inside the Tesla #ModelX event, and the place is decked out. pic.twitter.com/7cnq1eODwQ

The place is packed.

The livestream is live, though it’s only showing the Tesla logo.

Getting close according to Tesla.

Here’s a Periscope feed in case something happens to Tesla official feed (which is still not up).

Moving closer to the stage, it should start soon.

At long last I'm in at the @TeslaMotors #ModelX launch. pic.twitter.com/zYapPB4iwQ

Here’s a backup Periscope feed as the first one is getting choppy.

The official livestream is starting.

Musk: First SUV to be 5 star in every safety ratings 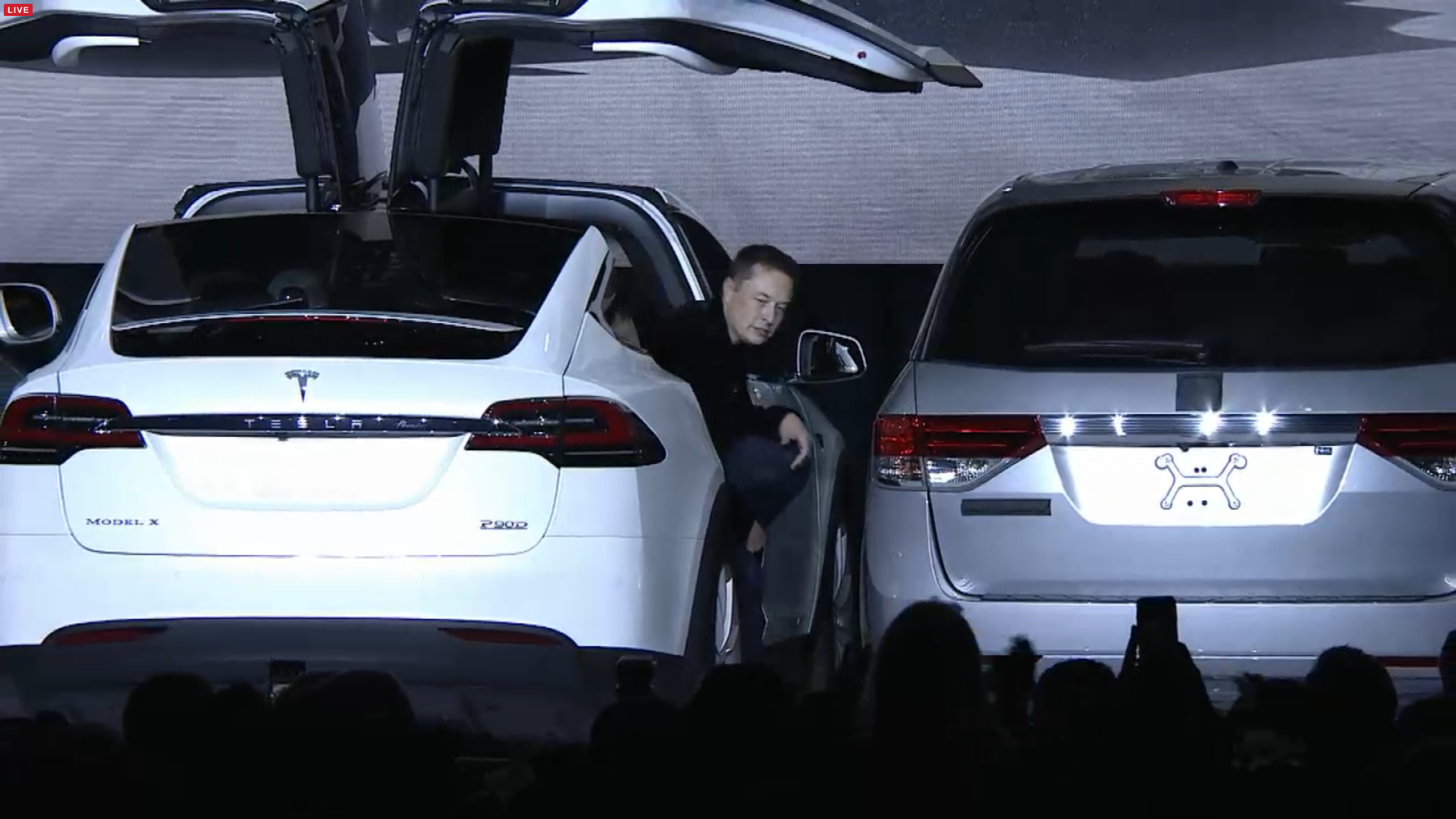 Musk is now handing out the first few production cars.