Tesla CEO Elon Musk is currently traveling through Europe to meet with Tesla’s teams in European countries and meeting with politicians to promote electric vehicles. He is expected to visit Belgium on Friday and since we have been analyzing electric vehicle sales through car registration data, we decide to take a look at Model S sales in Belgium. Tesla has found a great market for the Model S in Belgium. Tesla’s flagship all-electric sedan is the top-selling electric vehicle in the country, not only beating all other BEVs, but also all plug-in hybrids. Based on registration data, sales are still growing and have increased by 70% year over year:

From January to August 2014, the California-based automaker delivered 333 Model S’s in Belgium, and during the same period this year, it delivered 569 cars.

We are not dealing with very big numbers here, but Belgium is not a very big country. Although per capita, it is a great market for Tesla. For comparison, Belgium has a population of ~11 million and bought 569 Model S’s this year, while its neighbor, France, a country of ~66 million, bought only 428 Model S’s during the same period. Both countries have various EV incentives. 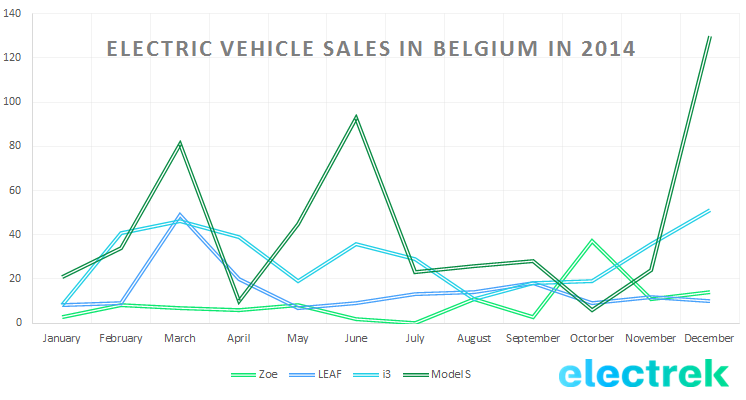 Musk will possibly be a speaker at TeslaWorld tomorrow in Belgium. We will be looking into that…

Tesla Model S sales are up 350% in Sweden

Renault Zoe sales are up 132% in France, giving more weight to the battery pack leasing model