With the oil in the dumps, the world considers ending fossil-fuel subsidies

EU Energy Commissioner Kadri Simson wants to make a Green Deal part of the pandemic recovery plan. Simson told Bloomberg, “Getting rid of fossil fuel subsidies while lowering taxes on electricity can nudge us in the right direction, without putting too much pressure on the consumers.”

END_OF_DOCUMENT_TOKEN_TO_BE_REPLACED

China announced today that it cut subsidies for electric cars by 10% this year, followed by further reductions in the next two years. The reduced subsidies are now only available to passenger cars costing less than 300,000 yuan ($42,400). Tesla’s China-made Model 3 sedan is currently priced at 323,800 ($45,800).

END_OF_DOCUMENT_TOKEN_TO_BE_REPLACED

Elon Musk: ‘people have to revolt against the propaganda of the fossil fuel industry which is unrelenting and enormous’

During his talk at the World Energy Innovation Forum (WEIF) today, Tesla CEO Elon Musk called for people to revolt against the propaganda of the fossil fuel industry and he even described a tactic he believes the industry used to smear his companies.

“We need to appeal to the people – educate people to sort of revolt against this and to fight the propaganda of the fossil fuel industry which is unrelenting and enormous.” – Musk said.

The CEO implied that the LA Times article from last year that misleadingly asserted that Musk’s companies received $4.9 billion in subsidies originated from the fossil fuel industry. END_OF_DOCUMENT_TOKEN_TO_BE_REPLACED 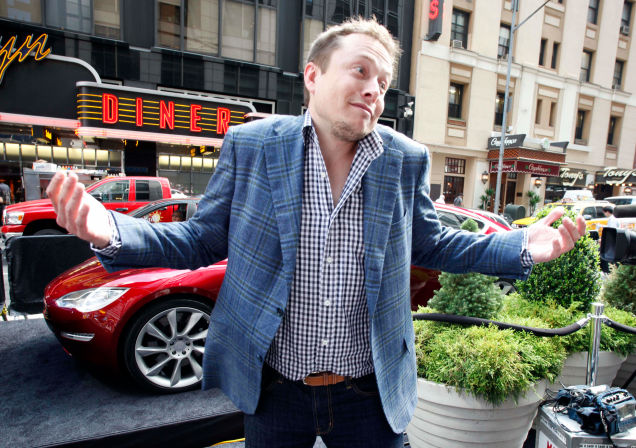 The Times published an article over the weekend titled “Elon Musk’s growing empire is fueled by government subsidies”. The article is well-researched and mostly accurate, but it conveys a clear disdain for the fact that Musk’s companies are taking advantage of the government subsidies available to them.

The publication compiled data from government programs and came to the conclusion that Tesla Motors, SolarCity and SpaceX, three companies Musk is involved in, have benefited from an “estimated $4.9 billion in government support”. I will not dispute the actual amount, but I’d like to bring up a few points which weren’t discussed in the article and that are highly relevant to the subject.