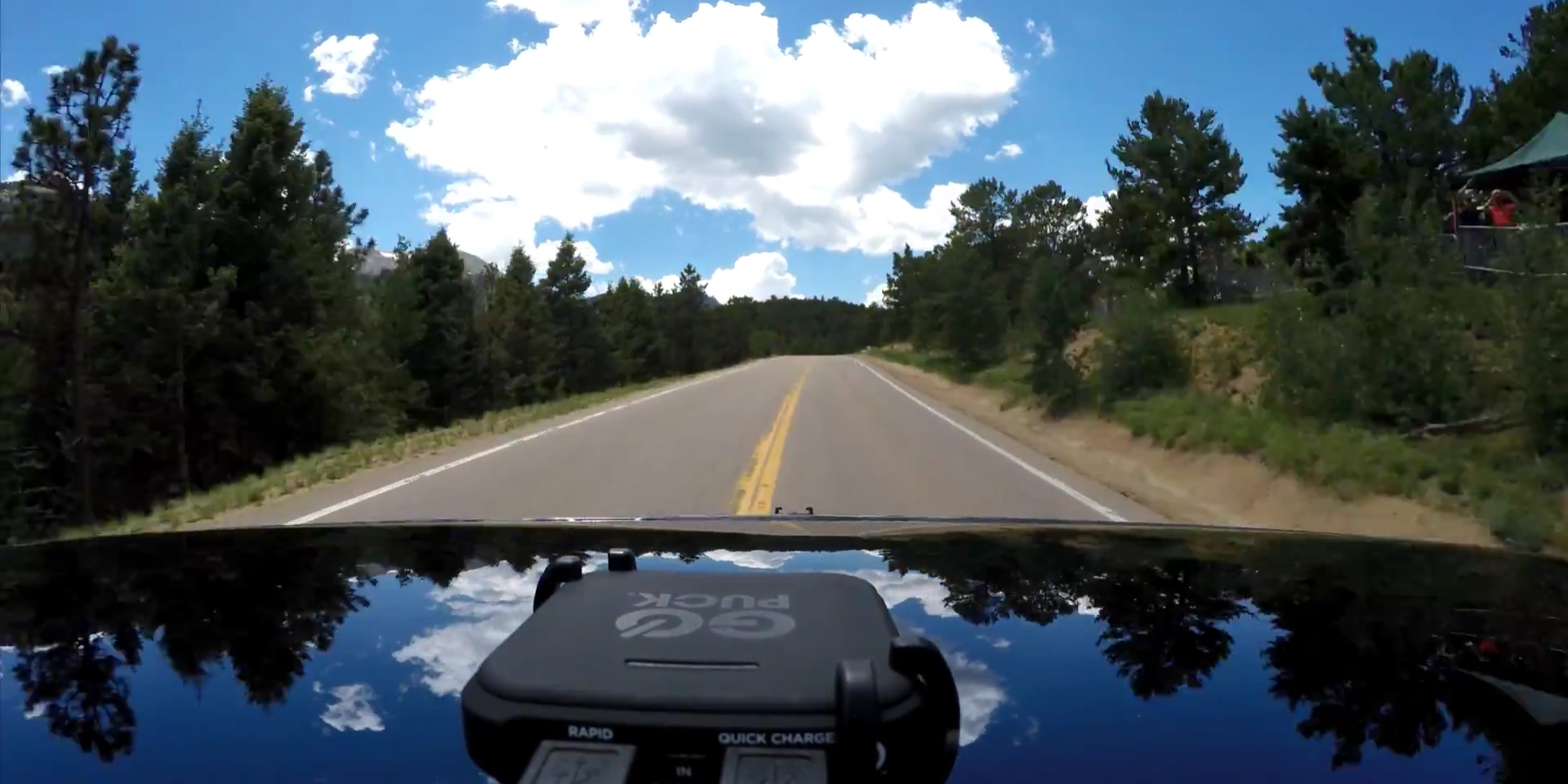 Blake Fuller, CEO of GO Puck, shared a video his complete record-breaking hill climb run completed at Pikes Peak last weekend. Earlier this week, we reported that Fuller set the new record for a production electric vehicle at the International Hill Climb with a 11:48 time – over a minute faster than the previous record. END_OF_DOCUMENT_TOKEN_TO_BE_REPLACED

After the Tesla Model S conquered the Pikes Peak International Hill Climb last weekend, now it’s time for the Model X to race up a hill, but an ocean away at the Goodwood Festival of Speed hill climb. END_OF_DOCUMENT_TOKEN_TO_BE_REPLACED

A Tesla Model S driven by Blake Fuller, CEO of GO Puck, set a new record for a production electric vehicle at Pikes Peak International Hill Climb this weekend with a 11:48 run. At first, the Model S Fuller was expected to be racing up the hill was thought to be heavily modified with a new smaller battery pack, but as it turns out, the vehicle is almost stock in term of performance and the main modification was to strip the interior and replace it with a cage. END_OF_DOCUMENT_TOKEN_TO_BE_REPLACED

In June, Pikes Peak will hold the 100th edition of its world-famous hill climb competition. Its centenary will not be the only thing that will make the race special, but also a modified Tesla Model S that will take on the hill climb with its driver, Blake Fuller, having the record in mind.

Based on his LinkedIn profile, Blake is the founder and former CEO of Braille Battery, a manufacturer and seller of ultra-lightweight high performance AGM and lithium-ion batteries. Braille is the official battery supplier of several, if not most, racing series around the world, including Indycars and NASCAR. Fuller is also the founder of wearable battery startup Go Puck. END_OF_DOCUMENT_TOKEN_TO_BE_REPLACED