In June, Pikes Peak will hold the 100th edition of its world-famous hill climb competition. Its centenary will not be the only thing that will make the race special, but also a modified Tesla Model S that will take on the hill climb with its driver, Blake Fuller, having the record in mind.

Based on his LinkedIn profile, Blake is the founder and former CEO of Braille Battery, a manufacturer and seller of ultra-lightweight high performance AGM and lithium-ion batteries. Braille is the official battery supplier of several, if not most, racing series around the world, including Indycars and NASCAR. Fuller is also the founder of wearable battery startup Go Puck.

Now Fuller reportedly developed a new battery pack, and not a 12-volt like for the other racing cars, but instead one to power the Model S that will compete at Pikes Peak – via Carscoop:

Fuller wants to break the 13 minute record in the Electric Production class and in order to do so, he developed a new battery pack for his Model S which is 80 per cent lighter than the factory one.

Details are scarce at the moment but we understand that the lighter battery pack will have a significantly smaller capacity, since having a long driving range doesn’t really matter in racing (as long as the car passes the finishing line).

Update: Fuller’s PR representative contacted us to say that this information is not accurate and that they haven’t release the specs of the Model S yet…

It will not be the first Tesla participating in the race, since a Tesla Roadster competed at the 2014 event, but it should be the first Model S.

The vehicle is simply not built for a climbing competition, at least not a stock Model S, but even with a smaller or lighter battery pack, it will be difficult to beat the 13 minute record in the Electric Production class. 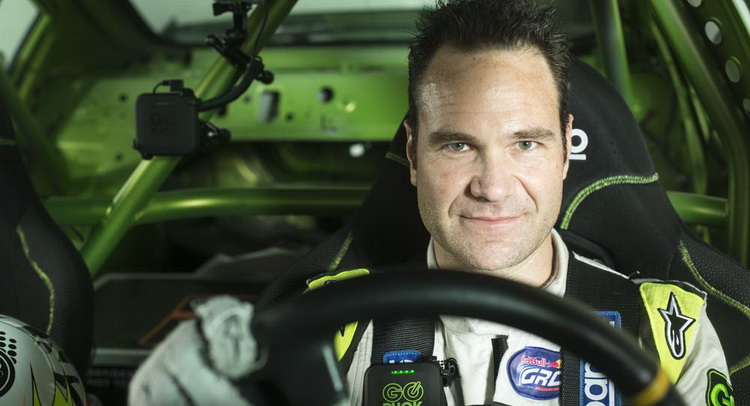 Depending on the size of the stock Model S battery pack Fuller started with, he probably saved around 960 lbs on the overall weight of the Model S which varies from 4,600 to 4,900 lbs – again depending on the version.

As Carscoop reported, details are scarce, but while losing almost a 1,000 lbs represent a significant weight reduction, Braille’s battery would still need to have a significant power output to compete even though it doesn’t have to maintain it for long.

It will be interesting to see what they come up with. We will likely know more fairly soon as the Pikes Peak 2016 is set to start on June 26th.

Update: the article has been updated to better represent Fuller’s involvement with Braille Battery

Featured Image: Tear down of 85 kWh Tesla battery pack shows it could actually only be a 81 kWh pack [Updated]