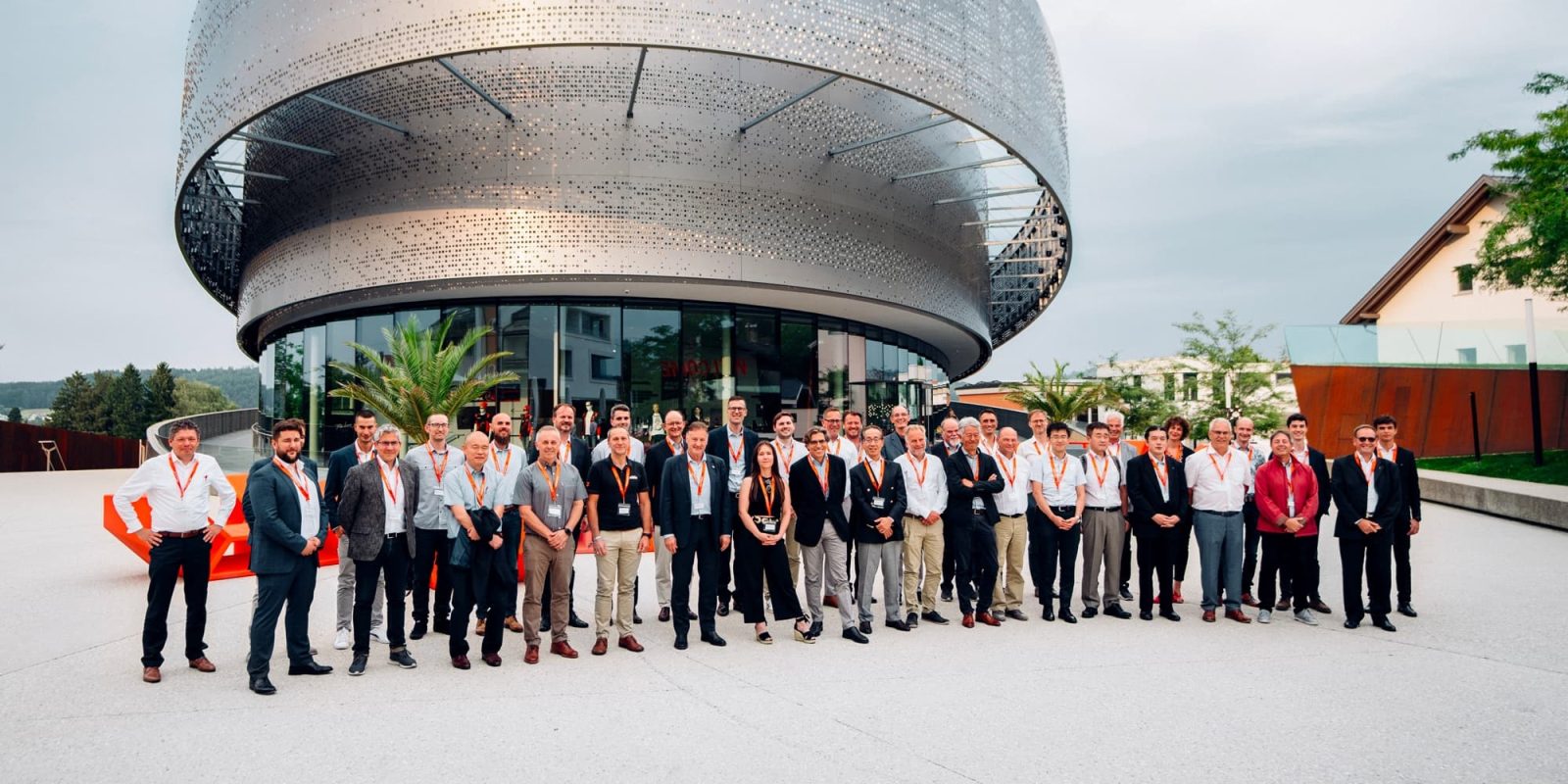 Swappable batteries are the key to making light electric motorcycles and electric scooters practical for city residents and apartment dwellers who lack a private charging spot at hom, and now a promising battery standard known as the Swappable Battery Motorcycle Consortium (SBMC) has grown from just four to a total of 21 members, hoping to make that dream closer to reality.

The idea started when the Japanese Big Four — Honda, Yamaha, Suzuki and Kawasaki — announced they were joining forces into a swappable battery consortium back in 2019.

Nothing much came out of that agreement, and then a second consortium was announced in 2021, consisting of Honda, Yamaha, KTM and Piaggio.

That group became the SBMC and rolled out their first demonstration of a co-designed battery standard, which was basically just everyone agreeing to use the battery that Honda developed for its PCX Electric scooter.

Now the SBMC is announcing that is has ballooned to an impressive 21 signatory companies, including some big names in electric scooters and even powersports companies.

Some of these companies are manufacturers of two-wheeled electric vehicles, while others are technology companies that may stand to benefit from a single standardized energy pack used for non-motorcycle jobs such as powering remote or mobile equipment.

Among the transportation companies included as signatories are some interesting new additions.

That hasn’t stopped the company from jumping into the SBMC, as NIU’s CEO Yan Li explained:

We are dedicated to enhancing access to electric urban mobility through the creation of common standards for swappable batteries. We believe this technology is key to the adoption of sustainable 2-wheel city solutions by reducing charging times, extending vehicle range, and decreasing cost for end users.

KYMCO also invested heavily in its IONEX swappable battery platform, and so it would be odd to see it abandon the effort and expense that went into creating its own in-house solution. The IONEX system essentially already does what the SBMC is trying to achieve, albeit it with somewhat lower capacity batteries limited by their smaller physical size.

Polaris has expanded into high performance electric utility vehicles, but has done so with an exclusive partnership with Zero Motorcycles that puts Zero’s batteries in Polaris’ off-road vehicles. I’m not sure how using a new swappable battery standard could be affected by that existing agreement (though having tested the new Polaris RANGER XP KINETIC a couple days ago, I am sure that the performance is incredible – more on that soon).

The elephant in the room here is Gogoro, the Taiwanese electric scooter and swappable battery company that currently serves as the de facto standard for these types of swappable batteries.

While the Honda battery at the heart of the SBMC’s agreement has been a design on a shelf for years and found limited real-world use in a small number of production Honda scooters, Gogoro has produced over a million of its swappable batteries. Riders perform over 300,000 battery swaps a day using Gogoro’s batteries, and the company has aggressively expanded across Asia, and even into its first western country.

Thus, the SBMC seems less like an attempt to develop a new battery as an international standard, and more like an attempt for the rest of the industry to come together around the best alternative that currently exists, in an attempt to prevent Gogoro from further running up the score and becoming the sole battery standard for swappable batteries.

It makes sense that the rest of the industry would be worried about a Gogoro takeover. They already have nearly a dozen major manufacturers that have adopted the Gogoro platform for their own scooters.

I’ve personally used Gogoro’s system after the company expanded to Israel, as you can see in my video below, and it’s pretty darn slick. The rest of the SBMC will have some serious catching up to do if they want to overtake Gogoro’s lead as a swappable battery standard.