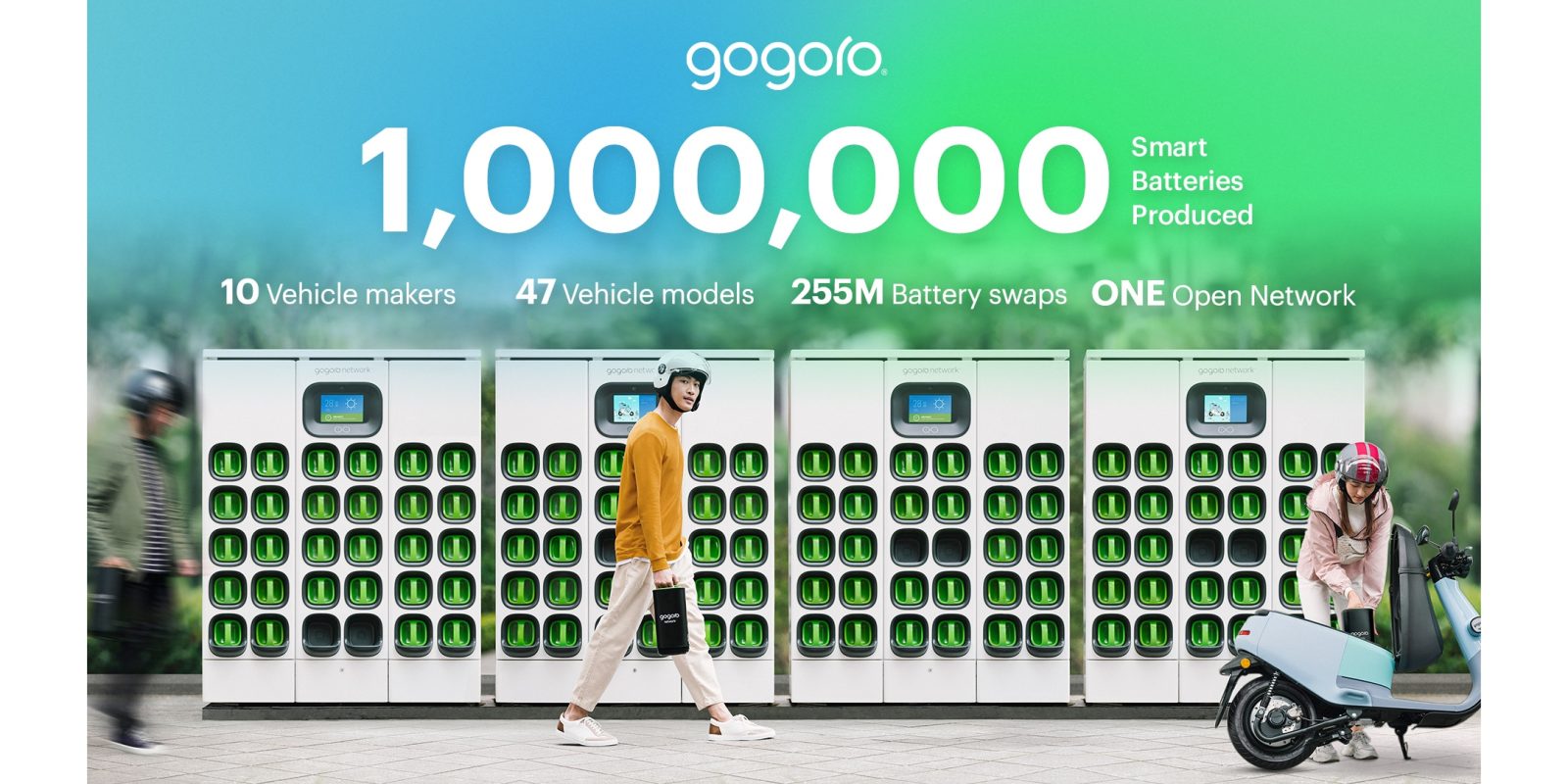 Time flies when you’re making revolutionary batteries capable of changing the world’s transportation landscape. Since launching in 2015, Gogoro has expanded from a local electric scooter producer to a worldwide leader in swappable battery technology.

Now the Taipei-based company has announced that it has produced its 1 millionth swappable battery pack.

Gogoro’s batteries are lunch-box-sized packs that were originally used to power its own brand of electric scooters and could be swapped for freshly charged batteries at local swap stations.

Gogoro has since partnered with 10 different vehicle makers, allowing companies like Yamaha to leapfrog their electric-scooter development process by relying on Gogoro’s tried-and-true battery tech.

The iconic black and green batteries are now used in 47 unique models of vehicles and have even found use in stationary infrastructure, such as smart parking meters.

Gogoro boasts a massive 255 million battery swaps since it began operations in 2015, allowing city residents to quickly and easy “recharge” their electric scooters in seconds with a freshly charged battery. Subscribers to the Gogoro Network currently perform an average of 340,000 daily battery swaps – or about four swaps every second.

Gogoro has become the de-facto standard for swappable batteries. In its native Taiwan, Gogoro’s packs power 95% of all electric scooters on the road.

Gogoro’s founder and CEO commented on the company’s important milestone:

Gogoro’s one-millionth battery is a testament to how an open battery swapping ecosystem can flourish by facilitating how governments, a wide range of vehicle makers and riders can embrace sustainable electric transportation. Since launching in 2015, Gogoro has managed more than 255 million battery swaps and together with our customers have saved 384-million kg (846-million lbs) of CO2.

After conquering its domestic market of Taiwan, the company set its sights on the rest of the world. Gogoro began a massive international expansion strategy, targeting the three largest two-wheeled vehicle markets in the world.

With this speed of growth, it’s exciting to imagine where Gogoro’s batteries will wind up next.

I’m constantly amazed at both the speed at which Gogoro has grown as well as the scale the company has reached. And, I feel like they are just getting started.

I know that Gogoro is targeting much of the East right now in an attempt to reach the countries that stand to benefit most from its swappable batteries (there are a lot more motorcycles clogging intersections in Mumbai than in New York, for example), but I can’t wait until we get to enjoy Gogoro’s technology in the West.

And since there isn’t any official standard for swappable batteries in the electric motorcycle and scooter industry, I’m glad to see Gogoro becoming something of the de-facto standard. That will only accelerate the adoption of electric two-wheelers and help replace old, noisy, and polluting internal combustion engine motorbikes.