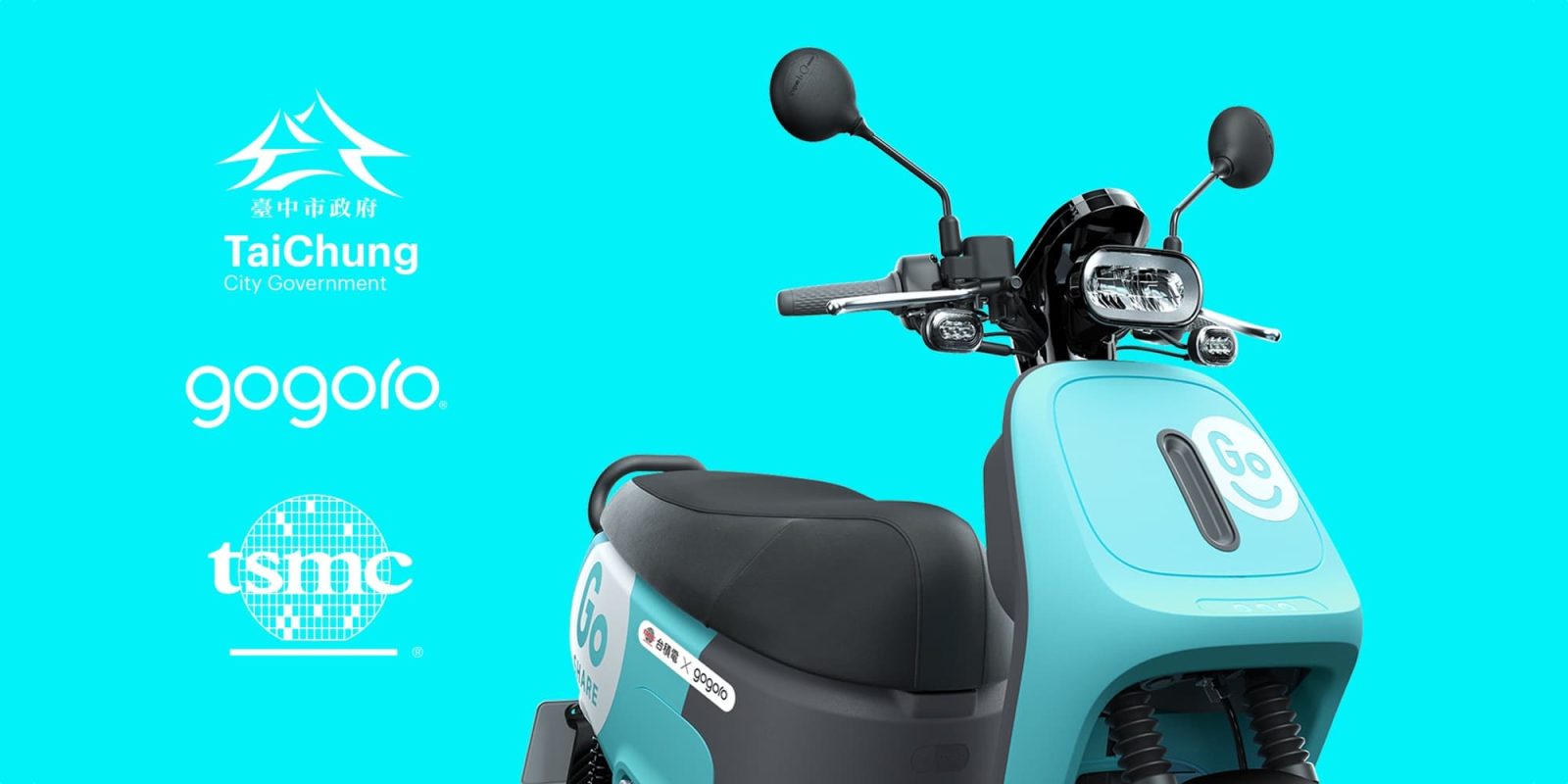 GoShare, the scooter sharing platform that uses Gogoro’s popular battery-swapping electric scooters, is announcing a major new expansion thanks to its latest partnership.

Gogoro is teaming up with Taiwan Semiconductor (TSMC), the world’s largest semiconductor company, to bring its GoShare platform to Taichung City, Taiwan.

Taipei-based Gogoro already operates its GoShare platform in the country’s capital city, having launched its sharing platform there in 2019. Since then, the GoShare service has expanded into six more cities and hosted 20 million rides that have saved 7 million kg of CO2 emissions.

Taichung City has received international acclaim for its livable urban environment, and the city has pledged to achieve net zero emissions by 2050.

Critically, the plan also allows for subsidized access for tens of thousands of university students in the city, as Gogoro founder and CEO Horace Luke explained:

Sustainable energy and transportation are the future, especially in densely populated cities. It is a natural step for Gogoro and a global leader like TSMC and a visionary city like Taichung to come together to provide residents with Gogoro’s two-wheel electric sharing service, GoShare.

Together, TSMC, Taichung City and Gogoro are bringing a new era of sustainable urban transportation to Taichung’s nearly 3 million residents, including subsidized access to more than 50,000 university students and more than 60,000 TSMC employees. This sets a new standard for cities across Taiwan and Asia who want to encourage sustainable transportation.

According to Gogoro, the new partnership includes three key initiatives:

The partnership also falls in line with TSMC’s sustainability goals. The company has accomplished a variety of sustainability initiatives to reduce its carbon footprint and achieve net zero emissions by 2050.

This partnership with Taichung City and Gogoro is in line with our commitment to a sustainable future. Such an ambition can only be achieved if multiple stakeholders work together, so today marks another major milestone in our journey as we combine TSMC’s wide reach in Taiwan, Taichung’s commitment to sustainability, with the leadership of Gogoro in electric mobility to accelerate change and share the benefits of electric vehicles with more consumers.

Unlike the GoShare platform, which allows riders to rent Gogoro’s scooters by the minute, the Gogoro Network offers battery swapping as a service to Gogoro scooter owners. Electric scooters built by other manufacturers that use Gogoro’s swappable batteries can also use the Gogoro Network.

Subscribers pay a monthly fee based on battery usage, meaning the upfront cost of the scooter is lower since riders don’t own the batteries. The system also removes charging from the equation, as riders don’t need to charge their scooters at home. Instead, they simply stop by one of thousands of battery swap stations when the batteries run low.

A swap can be performed as quickly as pumping gas, and the battery stations can even backfeed into the grid during power outages to run critical infrastructure like nearby medical facilities.