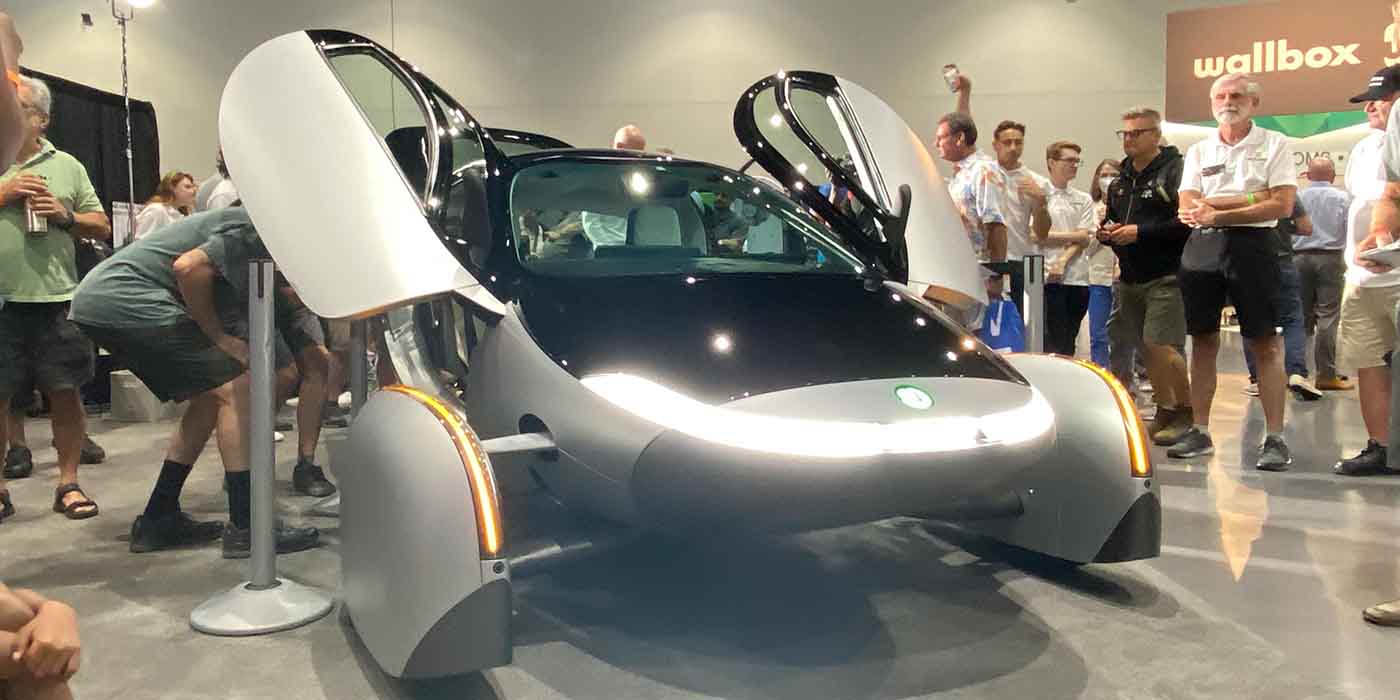 Following the teasing of interior images of the gamma version of its upcoming solar electric vehicle (SEV) last month, Aptera officially debuted the full prototype in front of a crowd in San Diego at Fully Charged Live. The gamma version now marks Aptera’s biggest milestone as it approaches SEV production in 2023.

Aptera has had quite the journey in bringing solar electric vehicles to reality in the US. As the second iteration of the company, it unveiled its flagship Aptera SEV in late 2020, which was soon followed by three different “alpha” versions complete with black, white, and metallic silver exteriors.

In early 2022, the San Diego-based startup began sharing progress of its beta version of the SEV, which actually ended up beating a Tesla Model 3 and Audi R8 GT Spyder in a drag race. Following beta phase, the company has moved to a new 80,000-sq.-foot facility slightly north in Carlsbad, California, where the upcoming SEVs will be built.

In early August, Aptera began teasing its latest prototype – gamma. It initially began with a social media post with images of the interior that offers a clean, minimalist look, complete with instrument cluster and center display screens. Video footage released later in August gave the public an even closer look at the gamma phase Aptera.

Now, we have gotten an even better view of Aptera’s gamma SEV, both inside and out during Fully Charged Live, taking place in the startup’s home town of San Diego. Have a look.

Aptera pulls the sheet off the gamma prototype

It was a large crowd huddling around the Aptera booth at the San Diego Convention Center this morning, when the company kicked off day one of Fully Charged Live with the public debut of its gamma prototype.

As you can see from the images above, this is the most buttoned-up the upcoming solar EV has looked to date. It was honestly tough to even get the images you see above because of the amount of people at the Aptera booth trying to get a look at the gamma prototype.

Aptera says that gamma will soon be followed by delta prototypes, which will be the production-intent design before the solar EVs start being assembled here in Southern California. Aptera currently has over 32,000 reservations for its flagship SEV, tallying over 10,000 new reservations since May.

The startup says it remains on track to begin ramping up scaled production in 2023. We hope to visit Aptera’s new facility here and Southern California soon and will work on offering you readers an even closer look at these SEVs as they develop toward delta phase.

Aptera reservations only require $100 down, but you can reserve your own for only $70 using this link.