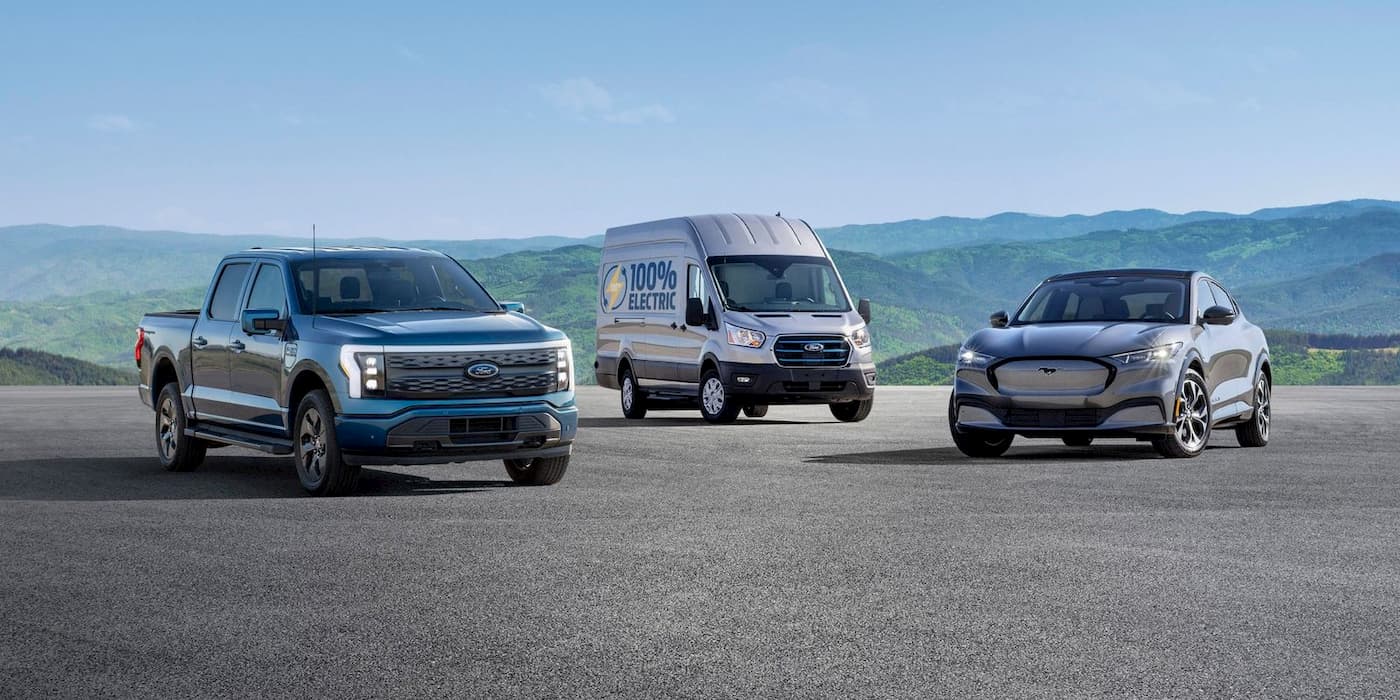 Ford has poured significant effort into converting its fleet to electric, and it’s paying off big time. America’s best-selling automaker continues seeing strong demand for its EV models as sales grew another 307% in August.

Henry Ford revolutionized the industry, introducing the first moving assembly line in 1913 to boost production. After that, the company made the first-ever truck, the Ford Motel TT, in 1915. Now the company is moving to a new frontier, an all-electric one.

Ford is having success thus far in converting its most popular models to EVs. It started with the Mustang Mach-e in Dec 2020, an electric twist on the longtime muscle car favorite. After that, Ford introduced an electric version of its commercial van, the E-Transit, a heavy favorite in the industry.

To dig deeper into the EV market, Ford introduced the F-150 Lightning, an all-electric pickup, to join its most-popular-in-US-by-a-longshot F-series lineup. Deliveries began in May 2022, and by August, Ford had delivered its EV truck to all 50 US states. The company is now struggling to keep up with demand as more and more orders are pouring in.

James Farley, Ford’s CEO, commented on the positive response from consumers during its second-quarter earnings call at the end of July, explaining:

Now we’ve been overwhelmed with the demand for our first-generation EVs, the Mustang Mach-E, the Lightning and the E-Transit. These products are in the market now, and we have strong multiyear order banks. We’re selling them as fast as we can make them.

Ford looks to hit 600,000 EV unit capacity by the end of next year while ramping it up to 2 million by 2026. That being said, Ford is locking up deals for critical battery minerals with suppliers like CATL to ensure it can hit its goals.

The F-150 Lightning had its best month (again), selling on dealer lots in just eight days, its fastest turning vehicle. The EV truck sold 2,373 in August, 200 more than in July.

The feedback has been impressive so far, with Ford claiming the second spot in the US EV sales market in August behind Tesla. Here’s a breakdown of Ford’s EV sales to date for 2022.

Even though interest rates are rising and prices of models are going up, Ford’s EV sales are not slowing down. August shows that EVs are in high demand, and automakers are still struggling to keep up.

Ford has made a solid case for itself over the past year as a real EV contender. With almost every legacy automaker and EV startup chasing Tesla at this point for market share, Ford looks to build upon its success so far.

With the successful introduction of the F-150 Lightning, Ford is claiming a critical market in EV trucks.

Ford has mentioned it will focus on converting a few key models (such as the Explorer, Maverick, and Ranger) that already sell well within its portfolio to electric.

Will it be enough for Ford to hold on to its market share? I wouldn’t doubt it. You see, Ford has an advantage over startups in that it can funnel money from traditional vehicle sales to boost growth in its electric models. It also knows how to build quality cars, leaning on its 120 year heritage.

I will be interested to see how the market reacts as new EV trucks are introduced. Rivian is ramping production of its R1T, while Tesla’s cybertruck is set to hit production in 2023.

The old vs. the new – who will come out on top? I wouldn’t be surprised to see Ford hold its own with almost 100 years of experience in building trucks. Then again, electric is a different ballgame. We will see.