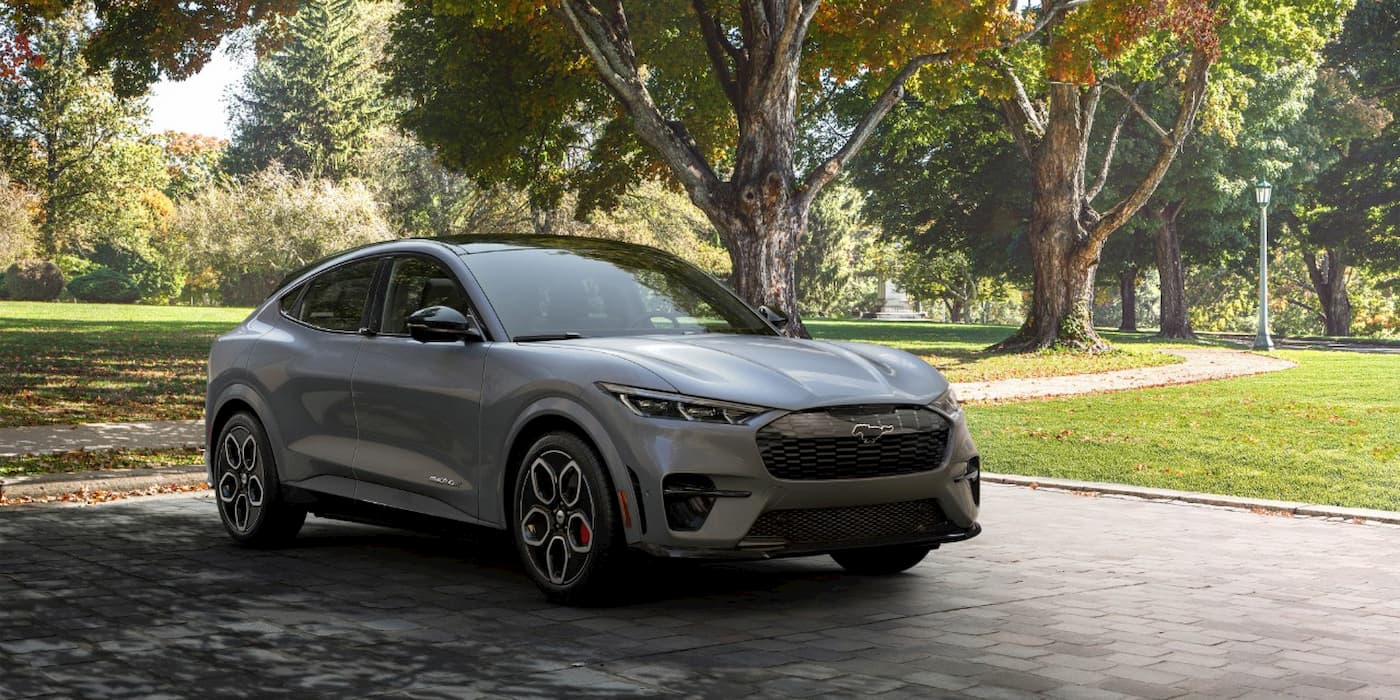 Ford is making good on its EV promises so far, and today the automaker is reopening orders for the popular Ford Mustang Mach-e. We are also getting updated pricing, colors, and ranges.

The American automaker is aggressively transforming its fleet to electric. In fact, Ford plans to split its business into three units to focus on ramping EV production.

Ford will use its traditional auto sales to invest in its EV business and scale production. Its first release, the Mustang Mach-e, has been a hit since hitting dealerships in December 2020. The popular muscle car EV remains in high demand as sales rose 74.1% in July.

Then, Ford converted its hit F-series truck to introduce the Ford F-150 Lightning EV truck. The F-150 Lightning had its best month since its debut in April 2022, selling 2,173 as buyers catch on to the EV truck movement.

So far, Ford EV models have been hard to get as the automaker sells them as fast as it can make them. Earlier this month, Ford reopened orders for its EV truck, the F-150 Lightning.

And today, buyers will get their chance as Ford reopens orders for the Mustang Mach-e with updated colors, pricing, and range.

Ready, set, go. Ford is reopening orders for its muscle EV, the Mustang Mach-E. If you’ve been waiting, now’s your chance. Here are a few updates from Ford to be aware of.

In addition, Ford is updating the pricing of the Mustang Mach-E. Depending on the model, buyers will pay between $2,600 and about $8,000 more than the 2022 version. The 2023 prices are listed below.

The new pricing will be reflected on orders starting Tuesday, August 30. Moreover, if you have an existing, unscheduled 2022 model, Ford is giving private offers to upgrade to a 2023 model.

Ford is raising the prices of its EV models as materials become more expensive to obtain, such as Lithium.

Although many will attribute the price increases to the new tax credits in the Inflation Reduction Act, it’s a reflection of higher input costs (metals, labor, etc.) to make the vehicles. Supply chains are still working out the kinks after being decimated during the pandemic.

Ford qualified for the EV tax credits before the new bill was introduced and still qualifies now.

That being said, new raw material deals will hopefully help stabilize prices. As the EV industry continues gaining momentum, the supporting factors are starting to come together (charging, raw materials).

Demand for EVs is rising, and automakers are overwhelmed with orders. Ford’s new Mach-e update will give a new wave of buyers the chance to go electric.