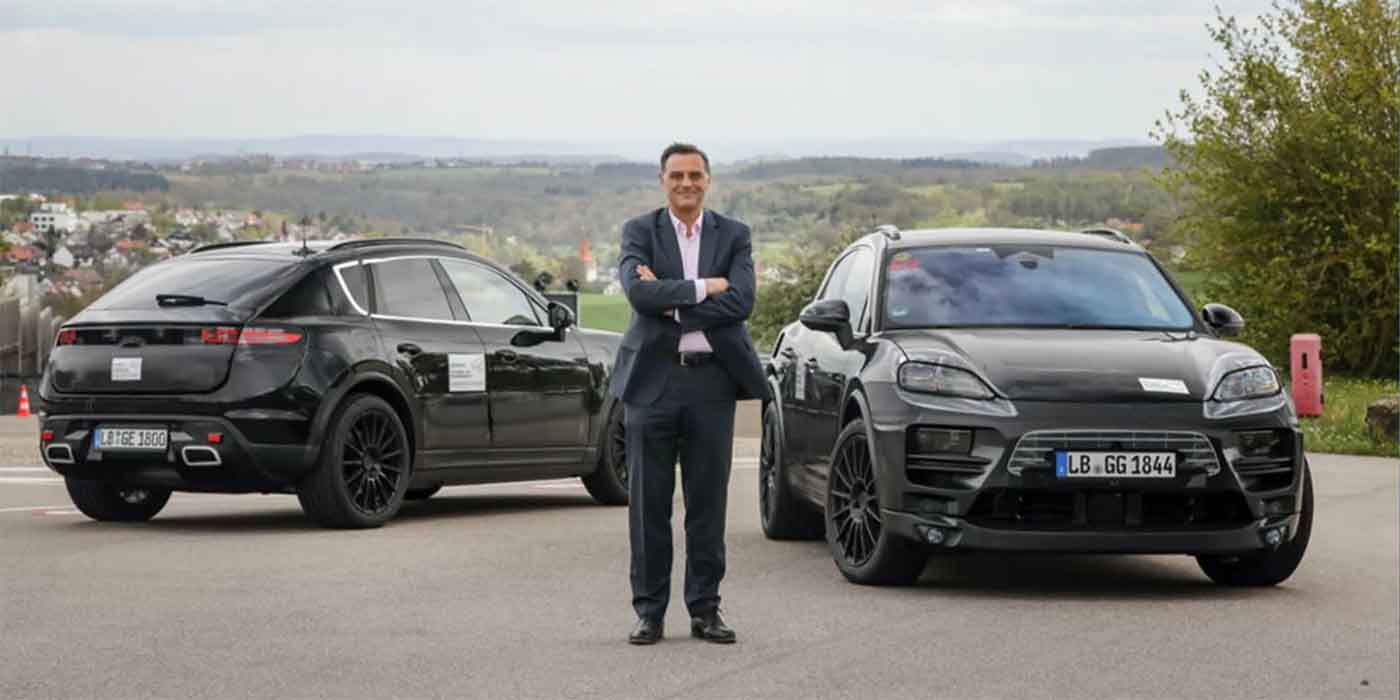 Porsche AG is sharing ambitious goals for one of its upcoming EVs as the German automaker slowly but surely transitions toward an all-electric range of sports cars under the Volkswagen Group umbrella. If and when Porsche’s all-electric version of the Macan makes it into production, the automaker expects to reach a production output to match its current combustion version.

Porsche’s EV transition began with the Taycan, whose early success led CEO and new VW Group chair Oliver Blume to speed up the company’s EV goals to electrify 80% of vehicles by 2030:

Since the Taycan hit production, we have been waiting for Porsche to deliver the long-promised, all-electric version of the Macan SUV, which was scheduled to arrive sometime next year.

To wet the beaks of consumers patiently awaiting the electric Macan, Porsche shared plans for a novel SUV with a third row, as well as an all-electric 718 sports car – both set to arrive by mid-decade.

With an IPO vital to Volkswagen Group’s growth looming, Porsche appears to be back on track with the electric Macan and plans to produce over 80,000 per year going forward.

According to a recent report from Automobilewoche, electric Macan production is expected to begin in Leipzig, Germany, before the end of 2023 with a goal to, at the very least, match current production outputs of the combustion model Macan SUV. Albrecht Reimold, Porsche’s member of the executive board of production and logistics, spoke:

We produce more than 80,000 units per year of the current generation. In the long term, we also plan to produce the all-electric Macan on this scale.

According to the Porsche’s financial report for the first half of 2022, the combustion version of the Macan was the German automaker’s second best-selling model with over 38,000 deliveries, bested only by the Cayenne – another combustion model.

If and when it does arrive, the Macan SUV should offer a nice counter option to the Taycan coupe as Porsche truly begins to ramp up its all-electric options. Its range could look very different by mid-decade – that will be something exciting to watch transpire.