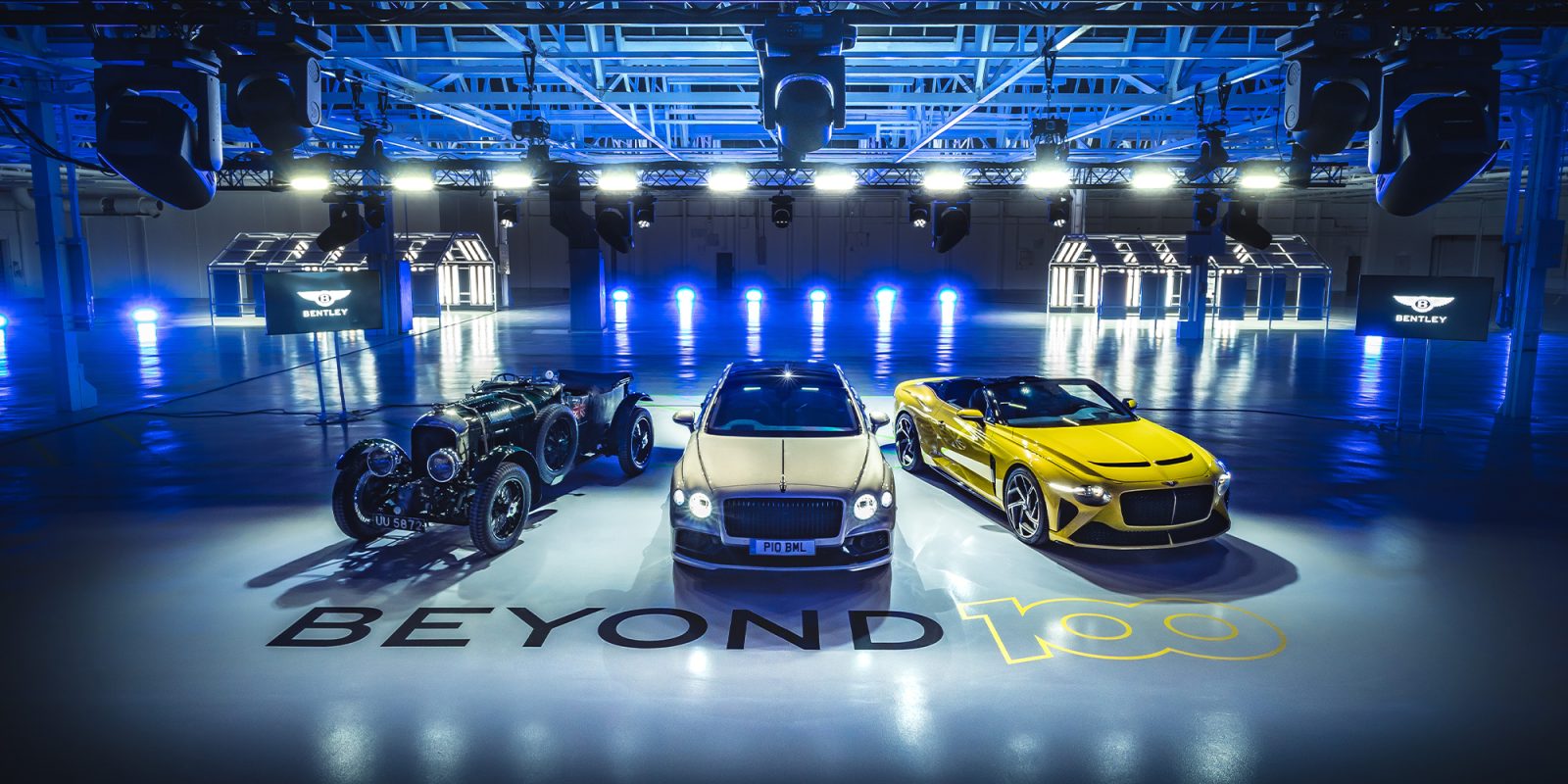 Luxury automotive manufacturer Bentley is yet another Volkswagen Group subsidiary falling in line with its parent, vowing an all-electric future for its vehicles. Bentley Motors has shared details of its “Beyond100” sustainability strategy, with includes large investments in EV production, a “Dream Factory” revamp in the UK, and carbon neutrality by 2030.

Bentley Motors Ltd. is a century-old automotive brand synonymous with quality and luxury, although it earned early notoriety for its race cars – winning several Le Mans races throughout the 1920s. In more recent years, you’re more likely to see a Bentley driven by an athlete or celebrity.

This is thanks in part to Volkswagen Group, which purchased the marque in the late 90s and modernized its facilities to increase production. VW Group has made conscious efforts in recent years to embrace electrification, which has trickled down to many of its subsidiaries since. This includes marques like Audi, Porsche, and SEAT

Previously, Bentley has not been part of the all-electric pack overseas. Up until now, the automaker has only shared an all-electric concept car dreamt up for drivers in 2035, and delivered a plug-in hybrid called the Bentayga. Additionally, Bentley announced a second PHEV called the Flying Spur, set to arrive this year.

In the fall of 2020, Bentley hinted at an all-electric future, offering a timeline of ten years. With its most recent announcement, we have learned Bentley is still aiming for its 2030 target and has put major funding behind the all-electric effort.

Bentley Motors shared the details of what it is calling its “Beyond100” sustainability strategy, investing £2.5 billion (~$3,375,000) over the next ten years. To begin, the funds will be used to transform Bentley’s Crewe Campus in the UK to support electric vehicle development and production.

Beyond100 is the boldest plan in Bentley’s illustrious history, and in the luxury segment. It’s an ambitious and credible roadmap to carbon neutrality of our total business system, including the shift to 100 percent BEV in just eight years. Our aim is to become the benchmark not just for luxury cars or sustainable credentials but the entire scope of our operations. Securing production of our first BEV in Crewe is a milestone moment for Bentley, and the UK, as we plan for a long-term sustainable future in Crewe.

Bentley followed up by stating that its first all-electric model will roll off the Dream Factory assembly line at Crewe in 2025. We have since learned that this initial electric model will kick-off Bentley’s “Five-in-Five” plan, introducing one new BEV model each year through 2030.

Additionally, Bentley has assured the public that its network of global supply retailers will become carbon neutral by 2025, possibly sooner.