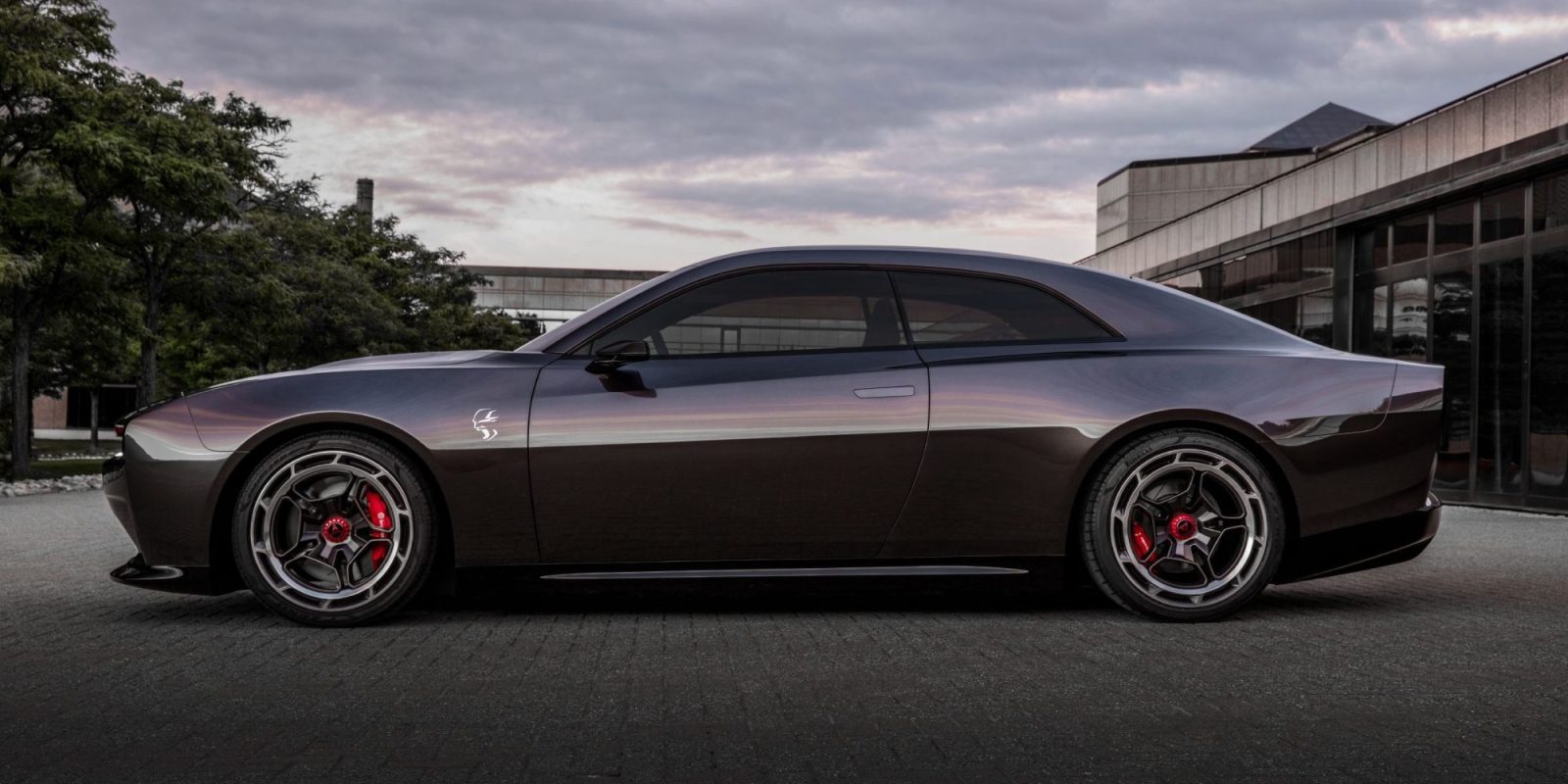 Dodge has been teasing the potential for a fully electric muscle car for some time. We first heard about it last year, when Dodge claimed it would launch the “world’s first battery electric muscle car” in 2024. And later that year, Dodge also set a 2024 end date for gas-powered Chargers and Challengers (a story which some sites have reported again this week).

Now we’re seeing the next car it might induct into the “Brotherhood of Muscle”: an electric Charger. And boy howdy, it sure does look hot.

Dodge’s press release is a little light on the details, without much info about specs. The only real performance spec we have is that the concept will be powered by Dodge’s 800V electric all-wheel drive propulsion system, named Banshee. Dodge wants this Banshee branding to evoke the same level of performance as its other high-horsepower brands, like Hemi, Hellcat, and Redeye.

That’s right, the electric Dodge Charger includes an exhaust system. Or at least, Dodge is calling it an exhaust system – there’s nothing to exhaust, rather just some speakers that sound like exhaust. “Fratzonic” is a reference to “Fratzog,” the name of an old three-pronged Dodge logo from the 60s and 70s.

The Fratzonic exhaust can produce up to 126dB of sound, equivalent sound levels to the Dodge Hellcat – and above the 120dB threshold that can cause immediate damage to unprotected ears (sigh).

The interior… looks reasonably normal as far as concept car interiors go. That said, this is the part where concepts usually change the most, so we wouldn’t put a lot of stock into it, but you’ve got the now-standard large center screen, lightweight seats, and a panoramic glass roof, which is a novel feature for a Charger.

Dodge CEO Tim Kuniskis says the electrified charger “exists because performance made us do it” – a reference to Dodge’s new marketing slogan. He claims that the Banshee-powered electric Dodge Charger will “run a blazing quarter-mile,” though didn’t specify just how fast that quarter-mile would be.

While we don’t know how many horsepower Dodge is targeting, putting this Banshee electric concept alongside Hellcat and Redeye in the “Brotherhood of Muscle” suggests that the number can’t be a low one. We’re sure that if this car makes it into production, it’ll have to be in the high hundreds if it wants to live up to those names.

But will it make it into production? Dodge has not made any commitment to this yet, as it’s just a concept for now. But given Kuniskis’s previous comments on electrification – targeting a 2024 release for the “world’s first battery-electric muscle car,” we think it’s reasonably likely that the final product will take a form somewhat like this concept, and might even hit the road in the next couple years.

When we first heard about Dodge’s plans to electrify, and on such a short timeline, we were a bit skeptical. It’s hard to turn around one of the most iconic gas-burning car models, the Charger, into an electric car within just a couple years.

But this electric Dodge Charger concept looks surprisingly… real. Despite the lack of details on specs, and a few bits of silly nonsense (Eardrum-shattering exhaust? Really? Why waste energy on damaging your drivers’ ears, c’mon), nothing about the interior or exterior seems too unrealistic. It looks great all around. We could definitely see this getting built.

Personally, I love the R-wing design. Dodge says it’s meant to evoke the wing from the original Dodge Charger Daytona, but that one was… a bit much. The R-wing is more subtle (as if anything about this car is subtle), and serves an aerodynamic purpose, but looks just different enough to be an interesting feature that distinguishes it from other cars. Plus, it can only happen because less room is needed under the hood to house a giant hemi engine, so it leverages one of the benefits of electric drive. All around just a great design feature.

However, we’re not sure how shift points and noisy speakers add performance, but maybe it will work on the audience Dodge is targeting. Or maybe those features won’t make it to production. Given that Kuniskis apparently got death threats from the last announcement, maybe that audience sort of deserves to have some of their toys taken away if they can’t behave.

But from what we seen here in Dodge’s comments, and what we’ve seen with other EVs, they’ll still have plenty of performance toys to play with, at least.

What do you think about the electric Charger? Let us know in the comments.