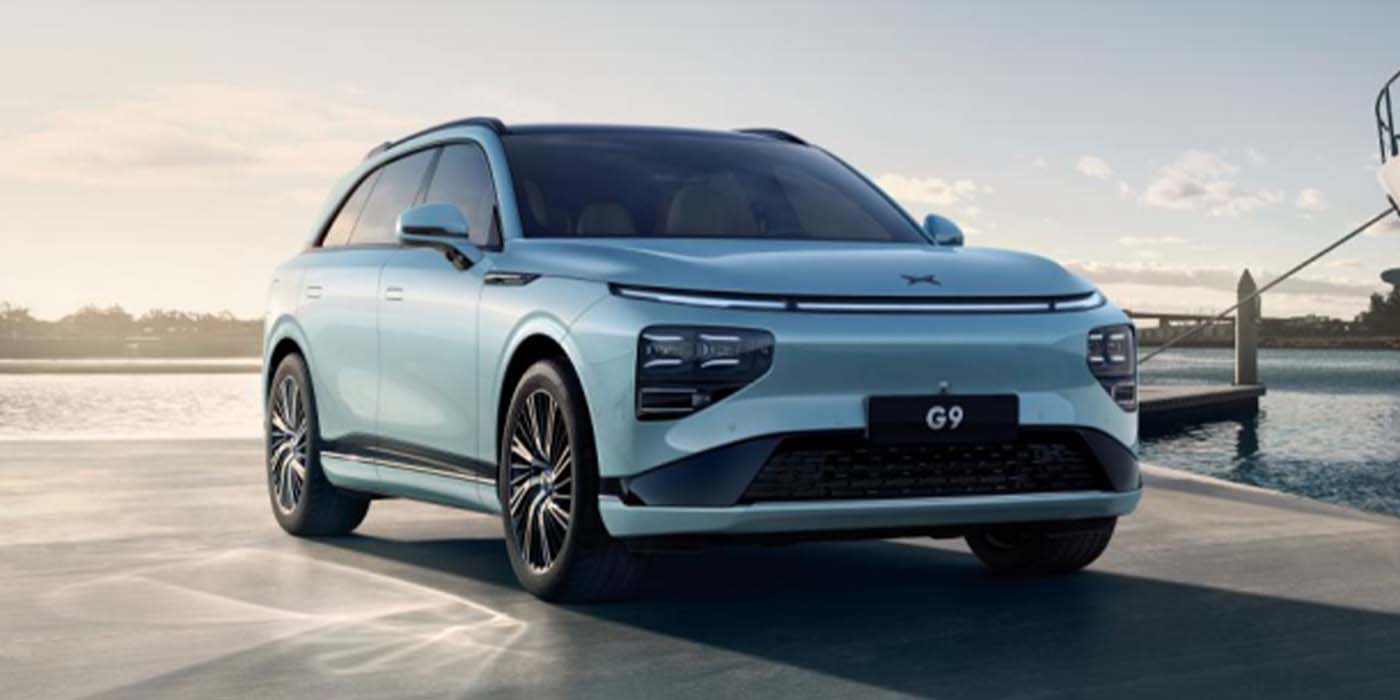 Xiaopeng, aka XPeng Motors, continues to grow its EV (and eVTOL) lineup as one of the more prominent automakers in China, having only entered the segment in 2018 with its G3 SUV.

The G3 was soon joined by the P7 sedan in 2019, and both EVs have remained mainstays in XPeng’s fleet. The automaker has since expanded overseas, selling both EVs in Europe, beginning with Norway.

XPeng’s third EV was the P5, which debuted last summer and was expected to join the other models in Europe in addition to China, but the automaker suspended those plans this past June, citing supply chain constraints.

Following rumors circulating in late 2021 about what XPeng’s next EV offering would be, the automaker officially announced the G9 – an all-electric SUV that could charge 200 km of range in just 5 minutes.

At the time, we learned the G9 would arrive as XPeng’s most advanced EV to date and the first to be designed from the ground up for both the Chinese and international markets to be compliant with the C-NCAP and E-NCAP five-star safety design standards, as well as the EU WVTA vehicle certification standards.

We also learned the G9 would feature XPeng’s ultra-advanced X-PILOT 4.0 ADAS capable of full-scenario-assisted driving through its Navigation Guided Pilot (NGP). While we learned a lot about the G9, we didn’t get any details of its interior design, nor any inclination of estimated range or delivery timelines.

Following a press release from XPeng today, we now do.

XPeng Motors shared a slew of new details of its G9 SUV this morning before its official launch in China this September. Many of the details were a recap of what we learned in November, but there’s plenty of new and exciting stuff to unfold here, so let’s dig in, starting with the interior.

As you can see from the image above, the interior of the G9 is focused on immersive design and quality materials. The seats feature Nappa leather (tsk tsk, XPeng, not sustainable!), and their design outward toward the door panels was based on the Fibonacci sequence.

As originally promised in the fall, XPeng is still promoting some impressive charge speeds in the G9. The SUV is equipped with XPeng’s new powertrain system and what it is calling “China’s first 800V mass-production Silicon Carbide (SiC) platform.” XPeng says the G9 will be able to gather up to 200 km (124 mi) of range in as little as five minutes, but that’s a CLTC rating.

What may be most enticing, however, are the new 480 kW S4 superchargers XPeng continues to tease. When asked, the automaker wouldn’t share what charge rate the G9 and its 800V platform could reach on one of these piles or when rollout would begin, so stay tuned for more on that because we’re very intrigued to learn more.

The last big feature to expect in the G9 is its full-scenario Advanced Driver Assistance System (ADAS). Here are some of its specs:

Reservations are now opened and have reached nearly 23,000 already, according to XPeng’s Weibo page. That’s a decently impressive number considering XPeng has yet to share what the G9 will cost.

The official G9 launch and opening of official orders are expected in September, with deliveries in China beginning in Q4. There are plans to deliver the G9 to European markets as well, but XPeng has not shared the pertinent details of that rollout yet.

In September of 2022, XPeng Motors officially launched the G9 SUV ahead of deliveries in October, check it out.