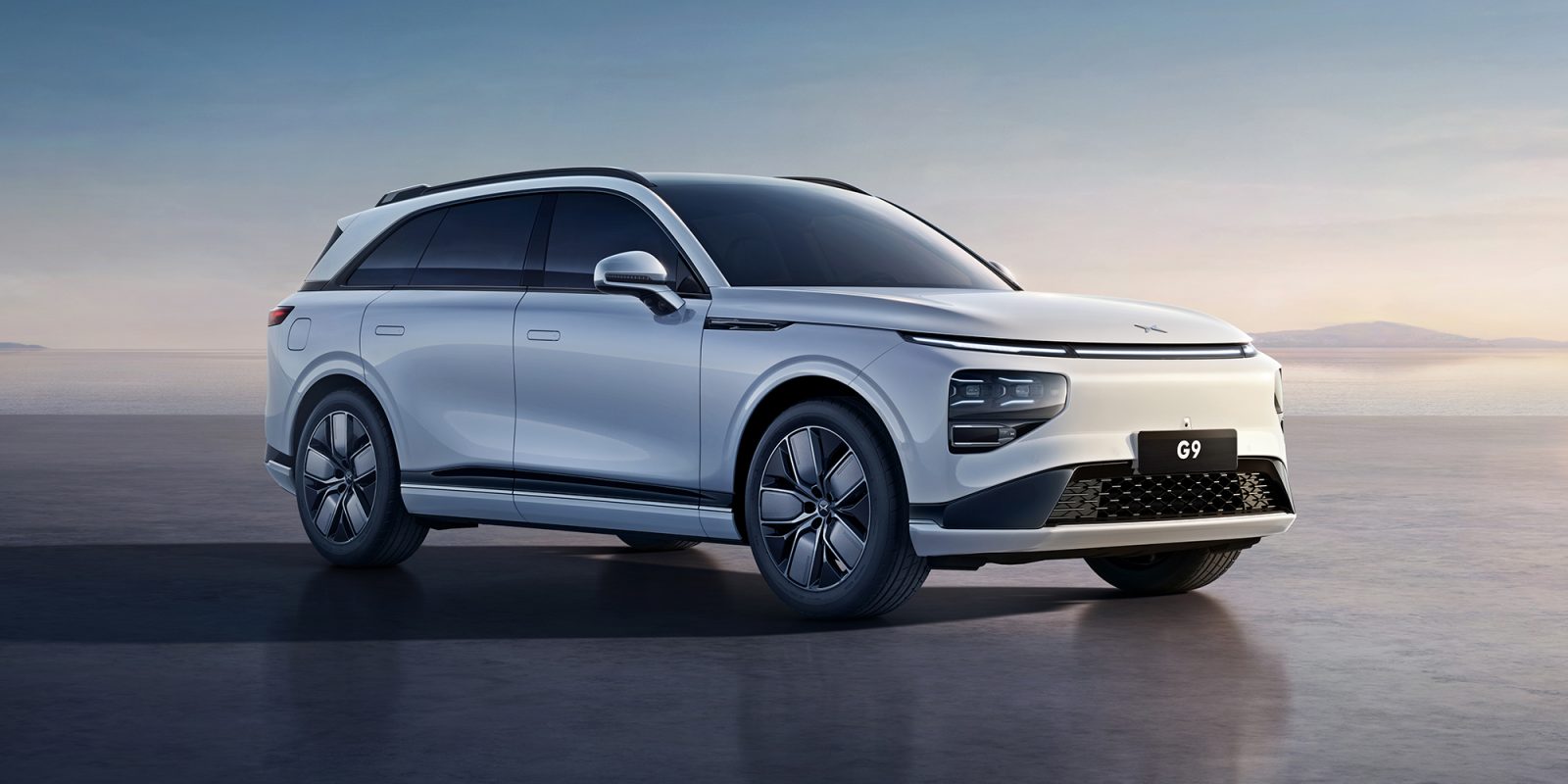 EV automaker XPeng Motors unveiled its fourth EV today at the Guangzhou International Automobile Exhibition in China. The new electric SUV dubbed “the G9,” matches previous speculation about the vehicle, and it will arrive with XPeng’s latest technologies. This includes the company’s new EV architecture, ADAS system, and supercharging capabilities.

Xiaopeng, aka XPeng Motors, sits as one of the more prominent EV automakers in China, with three vehicles currently on the market. Its entry into the segment began in 2018 with its G3 SUV.

The G3 was soon joined by the P7 sedan in 2019, and both EVs have remained mainstays in XPeng’s fleet. The automaker since expanded overseas, selling both EVs in Europe, beginning with Norway.

XPeng unveiled its third EV this past August, a second sedan called the P5 – a direct competitor to the Tesla Model 3 in China, but at a significantly lower cost.

Since then, rumors have continually circulated about what XPeng’s next EV offering will be, specifically alluding to a larger SUV to complement the G3. Last week, we reported on a teaser image of the EV’s silhouette posted by XPeng.

This was joined by a puzzle-like post splitting the image into nine different squares and captioning it with a “G.” We speculated at the time that this seemed like a pretty evident hint that XPeng’s next EV would be called the G9.

Early this (Friday) morning in Beijing, XPeng confirmed many of the rumors surrounding the G9 and shared new details of its next SUV.

The G9 will debut with Xpeng’s most advanced tech yet

According to a press release from Guangzhou, XPeng shared that its fourth production model will be the G9 and will arrive as the first designed from the outset for both domestic Chinese and international markets.

This means the G9 was designed from day one to be compliant with the C-NCAP and E-NCAP five-star safety design standards, as well as the EU WVTA vehicle certification standards.

Speaking of driver assistance, the G9 will be the first EV to utilize XPeng’s X-Pilot 4.0 ADAS. This proprietary, full-scenario-assisted driving works from the EV start-up to parking, one step closer to delivering full autonomous driving in the future.

The G9 will sit upon XPeng’s new X-EEA 3.0 architecture, a proprietary EV platform that integrates hardware, software, and communications together. The automaker said that with this platform, the G9 will be able to receive firmware-over-the-air (FOTA) updates in as quickly as 30 minutes, utilizing gigabit ethernet communications.

During XPeng’s 1024 Tech Day in October, we reported about 800V fast charging technology that the company was touting. During today’s reveal, the automaker announced the G9 will use the new-generation XPower 3.0 powertrain system with China’s first 800V high-voltage mass-production SiC platform.

While these new technologies are exciting (especially for consumers in China and Europe), XPeng did leave out a lot of the specs we usually love to share. At this time, the automaker has not shared vital G9 specs such as battery size, trim levels, range estimates, or pricing.

More details are sure to come to light as the new G9 moves closer to production. Sources familiar with the company told us that XPeng is planning an SOP for the G9 sometime in Q3 of 2022.

In September of 2022, XPeng Motors officially launched the G9 SUV ahead of deliveries in October, check it out.