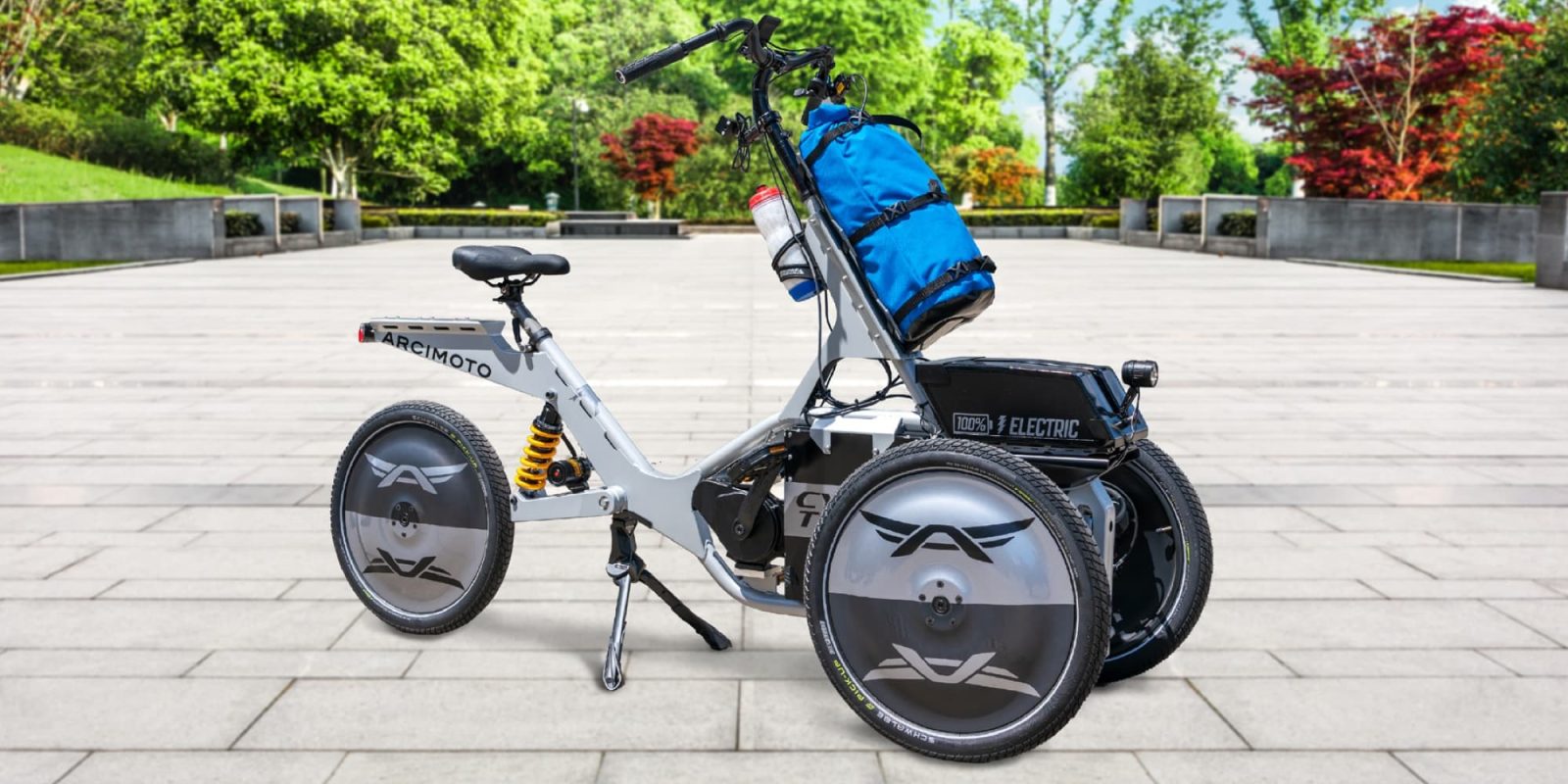 Oregon-based Arcimoto, better known for its three-wheeled 75 mph (120 km/h) FUV electric vehicles, has shown off a new version of its Mean Lean Machine (MLM). The newest update to the still-under-development electric bike-class vehicle sees new suspension and other structural as well as functional upgrades.

The original MLM prototype was first unveiled in February. Arcimoto presented it as an evolution in bicycles, pushing e-bikes further with more stability and utility.

But this wasn’t any old electric trike. It used a drive by wire system where the pedals activated a generator. Instead of a chain or belt like a typical bicycle, electricity flowed via wires from the pedal generator to the motor, making a pit stop at the battery and controller along the way.

We’ve seen pedal generators on e-trikes before, and we’ve also seen e-bikes that can recharge themselves when used on a trainer and engaging their regenerative braking. But we’d never seen anything like what Arcimoto built in the MLM prototype.

Now we’re getting our first look at Arcimoto’s second MLM prototype, known as the Cybertrike. The company revealed that this new e-trike will be the mid-level model as part of a three-tiered product strategy.

Arcimoto founder and CEO Mark Frohnmayer explained further while praising the design team behind the MLM:

The MLM team has really outdone themselves with this Cybertrike Edition prototype. The team has continued to refine the ride experience, dial in the industrial design of the chassis, as well as provision for best-in-class carrying capacity, and it will provide us with invaluable testing and marketing data as we push towards the release of the first Mean Lean Machines later this year. I remain confident that this product will be in a field of its own, while also opening up the bicycle class to a much wider audience.

Key differences in the Cybertrike include major improvements in the suspension, the first packaging study of Arcimoto’s MicroFutureDrive, and carbon-fiber wheels. The company says that it plans to build copies of this prototype iteration for on-road marketing and testing purposes.

While we’re getting a better look at the updated design on a prototype that looks closer to a retail product than the first model we saw, there are still many unanswered questions.

We know each of the three wheels will have a hub motor and that it will allow the MLM to offer torque vectoring, something that is also currently being tested for rollout on Arcimoto’s larger FUVs. But we don’t know how much power each motor will offer in the MLM, nor do we have any hard specs on speed, range, battery capacity or other key e-bike figures.

We’ve previously heard that the company is targeting a massive range rating of 200 miles (322 km), though that will supposedly require additional auxiliary batteries to be installed on the trike.

We also don’t know what the vehicle will weigh, though the carbon fiber wheels seem to indicate that Arcimoto is attempting to drop the weight as much as possible.

For now, those already interested in getting on the waiting list for the MLM can plop down a refundable $100 deposit toward the yet-unknown purchase price.

As we wait to learn more about the MLM and hopefully see a production version soon, let’s hear your thoughts on this wild new vehicle in the comments section below.