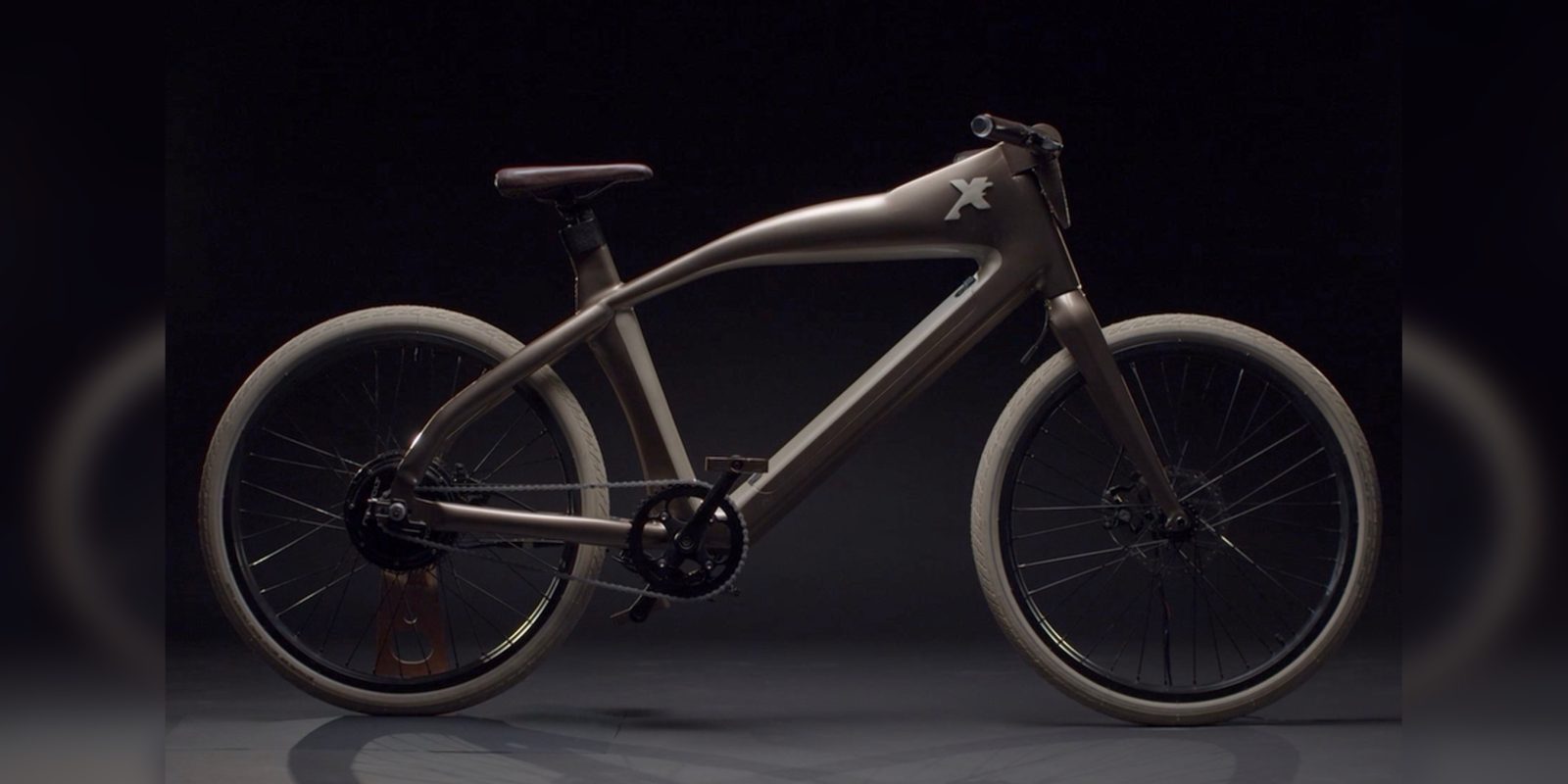 At a time when many electric bicycle manufacturers are showing off small, incremental advances, the X One e-bike is set to leapfrog them all.

That’s because this futuristic e-bike is combining a sleek, futuristic design with new technology rarely ever seen in an e-bike. And the price is pretty revolutionary too, in a good way.

The X One is an aluminum composite electric bicycle with a carbon fiber fork. The frame takes on a smooth and sleek design with flush handlebars.

The e-bike is powered by a rear hub motor with options for power ratings of 250 W or 750 W, depending on the model.

The entry level 250 W version can reach speeds of 32 km/h (20 mph) and is available with either pedal assist or a hand throttle. The 750 W model can achieve faster speeds up to 45 km/h (28 mph) and includes a hand throttle. The different options should cover various e-bike regulations in most of the EU and United States. The X One’s battery is rated at 42 V (though that’s likely the full charge rating of a 36V battery) and mounts flush in the bike’s downtube. It can be charged on the bike or can be removed for charging remotely. The battery’s 576 Wh capacity is rated for between 50-75 km (31-46 miles) of range.

Other features include integrated lighting that turns with the bike, turn signals, a photosensor to automatically turn on the lights when the sun starts to go down, and a torque sensor for more accurate pedal assist.

While the X One certainly has a striking appearance and a nice set of components, it’s the technology that really sets it apart. The X One uses facial recognition to unlock the bike when the owner mounts it. Facial recognition can also be used for “kinetic control” of the turn signals by making a slight head bob to either side. The turn signals can also be activated manually, if the kinetic control is just a bit too futuristic for you.

The X One is currently taking pre-orders on Indiegogo with expected delivery in June of next year. While we often give a caveat for Indiegogo or other crowdfunding campaigns, and while that of course still applies here, the X One benefits by coming from an existing e-bike company that has proven itself by building and delivering innovative e-bikes for years. More on that in a moment.

And if goldish tan isn’t your thing, the X One is offered in three other color combinations as well. 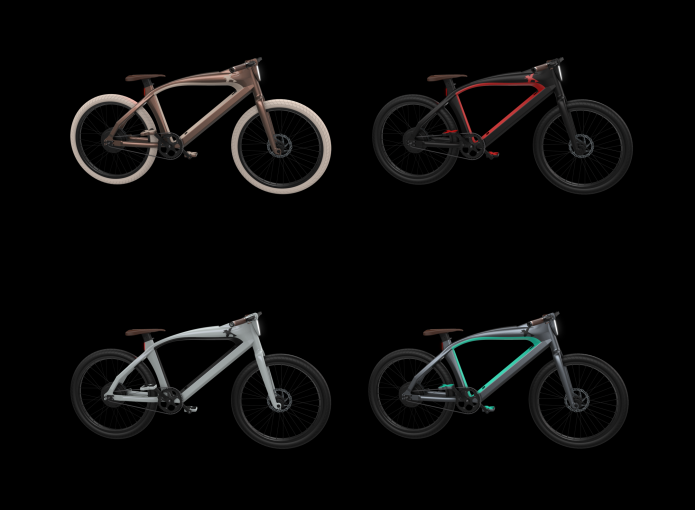 The X One electric bicycle is produced by Rayvolt, a Barcelona-based company that builds some of the classiest retro-inspired e-bikes out there. The founder and lead designer Mat Rauzier wanted to leverage the team’s skills to develop a new, futuristic e-bike. And since the new bike didn’t fit under the vintage motif that Rayvolt had established, he decided to launch the X One as part of a new brand alongside Rayvolt.

Rayvolt’s existing e-bikes are beautiful, but they follow a different design ethos

I first met Mat and his CTO Jaime Pla at the Paris Motor show in 2018 and have since had the chance to follow the company’s latest developments at industry shows and events around the world.

Mat’s skills as a bicycle designer are evident across the Rayvolt line of cruisers, city bikes, cargo tricycles, and even an electric motorcycle currently under development at Rayvolt. Jaime’s software and tech skills are nearly mad-scientist level, and he’s the one largely responsible for the custom-designed EIVA system running in the app, speed controller, and motors of these e-bikes.

Along with the rest of the team, Rayvolt seems well-positioned to achieve the bold claims laid out for the X One electric bicycle. And while this is still an Indiegogo campaign and the appropriate concerns do apply, we’ve been following Rayvolt for long enough and have seen enough of their happy customers to feel pretty good about this one.

What do you think of the futuristic X One electric bicycle? Let us know in the comments below!