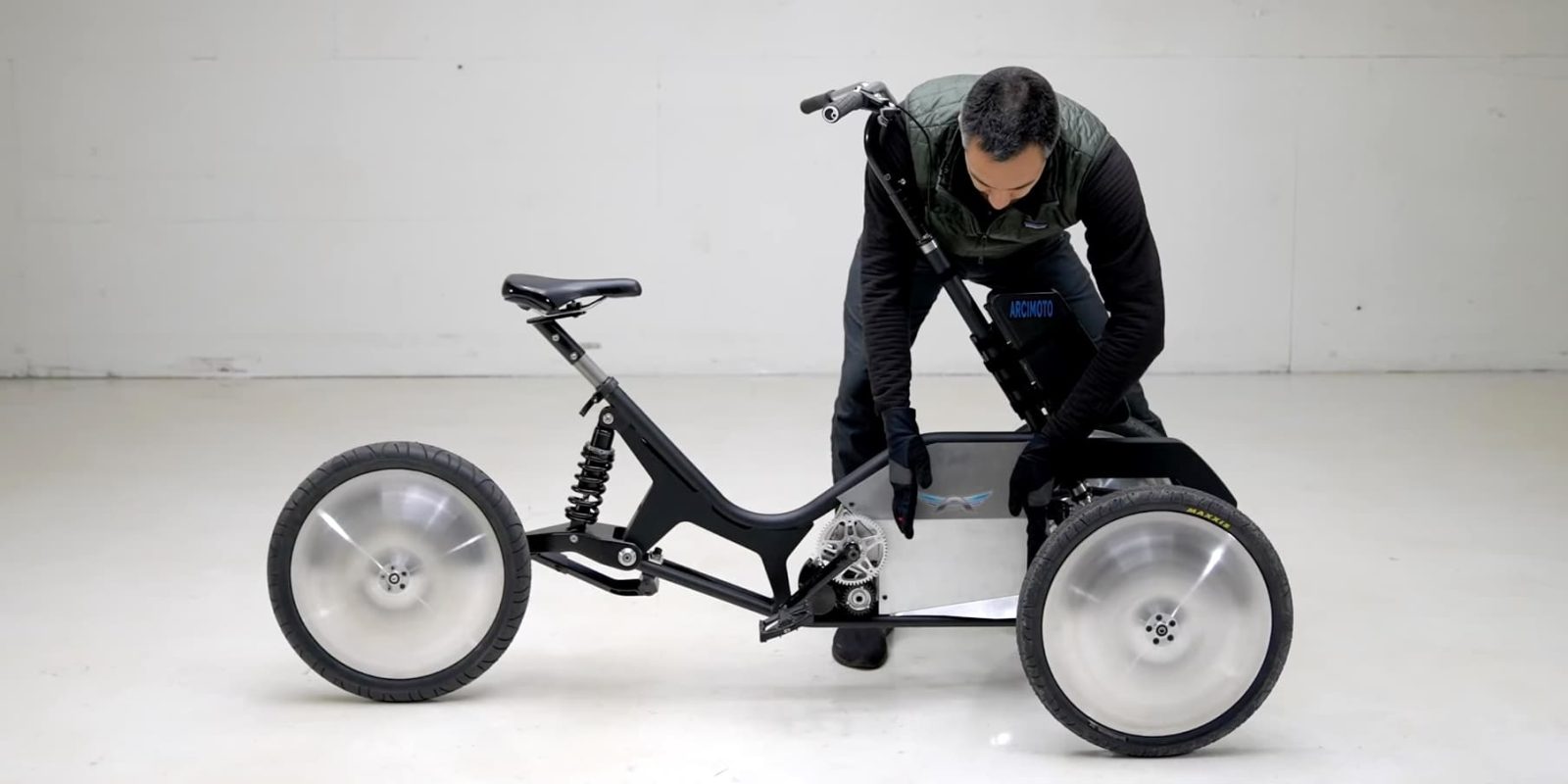 Arcimoto recently unveiled a fascinating new electric bicycle-like vehicle known as the Mean Lean Machine, or MLM for short. The unveiling left us with plenty of questions about the radical new electric three-wheeler, and Arcimoto has delivered again in the form of a video overview with designer Leo Cruces.

Upon its unveiling last week, the MLM was pitched as a major improvement to typical micromobility vehicles like e-bikes and e-scooters. The new vehicle’s novel design was said to offer many advantages that alternatives simply can’t offer.

The first major takeaway from Cruces’s showcase is, of course, that the vehicle is a leaning trike. Unlike rigid trikes that have an uncanny ability to toss the rider off of the vehicle during sharp turns, the leaning nature of the MLM retains the intuitive cornering feeling of a typical bicycle.

The feeling of riding it, it’s very natural just like a bicycle. You have an enormous amount of stability at high speed and low speed.

That leaning ability comes to Arcimoto by way of Tilting Motorworks, a company that Arcimoto aquired last year to incorporate its leaning engineering into Arcimoto’s three-wheeled electric vehicles.

While we thought at the time that the larger and faster 75 mph FUV could also benefit from the leaning treatment, we now know that Arcimoto is starting smaller with the single or double passenger MLM here.

As Cruces continued the walk-around on the squeakiest floor known to man, we also learned a bit more about the power and braking of the MLM, including the fact that it will use torque vectoring.

Each wheel is equipped with a high torque hub motor. Torque vectoring will allow us to deliver the exact amount of braking force or driving force that each wheel needs as the vehicle adapts to the conditions of the road. This is will provide greater stability, shorter stopping distance, better turning, and better acceleration.

In the wet Pacific Northwest of Arcimoto’s Oregon-based factory, that is definitely going to be a big advantage.

In terms of traction, your front wheel traction is incredible. I’ve ridden it on gravel, on wet roads, on bumpy stuff. It filters out everything. You kind of forget that the world is slippery and bumpy.

Among the many novel features we saw in the MLM upon its unveiling was the drive-by-wire system. The pedals aren’t connected to the wheels by a chain or belt, but instead by an electrical generator as a form of pedal assist system.

That also means that the handlebars can be free from clutter, without any visible shifter or throttle. There’s a single input in the form of a right-side brake lever with a single brake cable running down the stem.

That seems to imply that acceleration and shifting is all performed somewhere else, as Cruces then confirmed.

I don’t have to shift. I don’t have to think about throttle inputs. I just pedal and it goes. The pedal generator is putting useful energy into the drivetrain. It can also be used in stationary mode to recharge the battery without moving the trike.

Cruces also revealed that this is in fact the third prototype of the MLM and that it is much closer to the final production version. There will still be several design changes on the final version though, including relocating the battery down inside the body panels to create a sleeker profile and lower the center of gravity. The drivetrain will also be more compact and enclosed.

There will eventually be a two-seater saddle option that includes flip-down foot pegs for the second rider’s feet. The design team has already experimented with two-up riding, and Cruces says that the MLM “handles beautifully” with two riders.

We also know that the company is targeting a massive range rating of 200 miles (322 km), though that will be with additional auxiliary batteries installed.

Those already interested in getting on the waiting list for the MLM can plop down a refundable $100 deposit toward the yet-unknown purchase price.

As we wait to learn more about the MLM and hopefully see a production version soon, let’s hear your thoughts on this wild new vehicle in the comments section below.