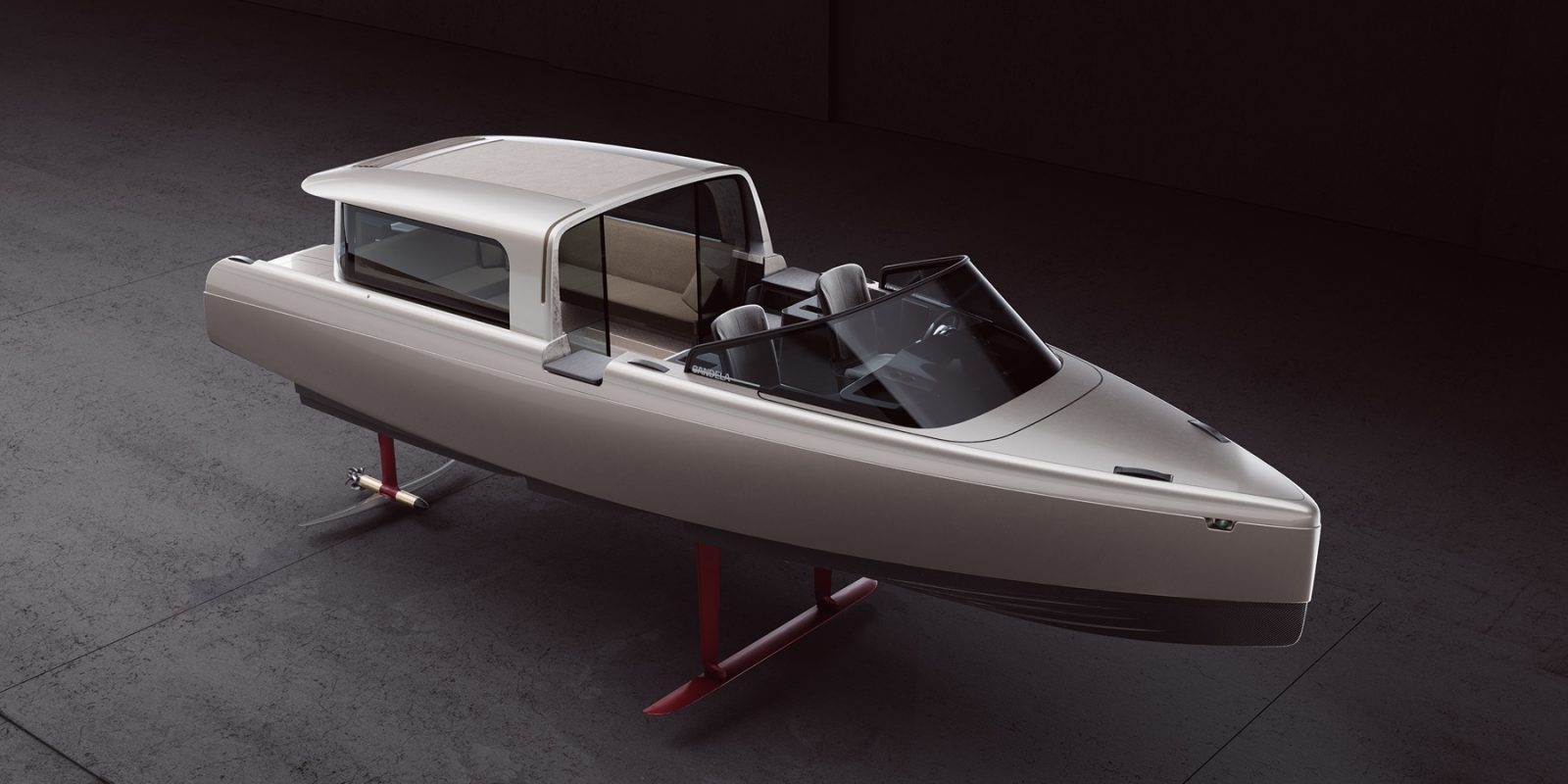 Stockholm-based Candela, the world leader in hydrofoil electric boats that fly above the surface of the water to consume significantly less energy, has just unveiled its newest electric watercraft: the Candela P-8 Voyager. Designed to replace traditional water taxies and commercial passenger watercraft that have conventionally relied on combustion engines for power, the P-8 Voyager is preparing to usher in a brave new world for maritime transportation.

Unveiled today at the Salone Nautico in Venice, the P-8 Voyager is based on the same foundation as Candela’s hot-selling C-8 electric speedboat.

It relies on a similar hydrofoil system used on Candela’s other electric boats, which the company’s 50+ engineers designed while relying on experience from the drone, aerospace, and software industries. The onboard Flight controller automatically changes the foil’s angle of attack when the boat reaches 16 knots, allowing it to lift off and fly above the waves.

The Flight controller then relies on a wide array of sensors to gauge wave height and ensure a smooth ride even in adverse conditions. The system can handle four- to five-foot chop and boat wakes (120-150 cm) thanks to its high ride height and quick adjustments to roll, pitch, and height that are made 100 times per second.

You get the seakeeping ability of a 100-foot ship in a 28-footer, really. Foiling in bad weather will be the ultimate experience of nature. Taking in the dramatic scenery, breaking waves and all, while safely flying over it in absolute silence. This is a new level of luxury that, I dare say, has never been experienced at sea.

The system is also ideal for areas that are sensitive to boat wakes, such as Venice, since the hydrofoils leave almost zero wake. According to Candela, the wake left by its hydrofoils is no larger than that of Venice’s famous gondolas.

Importantly for commercial vessel owners and operators, the P-8 Voyager is designed to be as maintenance-free as possible.

That’s because the boat uses the Candela C-POD motor, which was specifically developed for the company’s hydrofoiling watercraft. A pair of submerged motors provide 50 kW of power and directly drive counter-rotating propellers without the need for any transmission in between. That means no noise, no oil, no cooling fluid – and virtually no need for maintenance.

Candela says the C-POD drive unit can run for 3,000 hours without service (compared to many outboard motors with internal combustion engines that require maintenance intervals of 100 hours). The highly reduced maintenance schedule is ideal for operators in remote locations where technicians are hard to come by.

When moored, the hydrofoils retract into a hull recess above the waterline to prevent marine growth. The P-8 Voyager is also fully connected and able to take advantage of over-the-air (OTA) updates, enabling Candela’s 24/7 Service department to perform remote troubleshooting.

For commercial operators to go electric, we knew the service aspect was important. No matter if you run a whale watching business or if you’re a captain of a super yacht – our aim is zero downtime on this boat due to maintenance.

The Candela P-8 Voyager cruises at 20 knots and reaches a top speed of 30 knots. The 8.5-meter (28 ft.) boat offers space for six passengers in addition to the crew.

This is a big deal for the electric maritime industry. Passenger ferries and water taxis are crucial forms of transportation for islands, archipelagos, and waterfront communities around the world. The industry is almost entirely dominated by ferries with combustion engines, but the Candela P-8 Voyager could make huge inroads toward replacing many of those small, polluting ferries and water taxis with electric watercraft.

Not only that, but they’ll make the experience much better too. The C-POD motor isn’t just a new electric boat motor – or rather two new electric boat motors in one – but it’s a revolutionary leap forward in electric boat propulsion. The pair of counterrotating motors is able to run with more power in a smaller package thanks to their submersion in the water, which also keeps them effectively silent for the passengers. Their long maintenance interval also means ferry owners can keep the boats in the water and working much longer than conventional combustion engine boats that require much more frequent maintenance intervals.

The flying boat results in a lack of rocking in waves, which will also be a huge improvement to the passenger experience. Just last week I took a ferry in Iceland across a 4-mile (6.5 km) stretch of the Northern Atlantic. It was a windy day, which meant long ocean swells, which in turn meant lots of rocking. I’ll spare you the details, but let’s just say I had a lovely breakfast that morning that I unfortunately didn’t get to keep. With Candela’s hydrofoil-based P-8 Voyager water taxi, that won’t be a concern for passengers with sensitive stomachs. I previously tested Candela’s C-7 flying electric boat and had an absolutely lovely time with no seasickness issues.

I can’t wait to see more companies adopting boats like these, making the ferry experience better for passengers, crews and everyone who breathes the shared air on our planet.