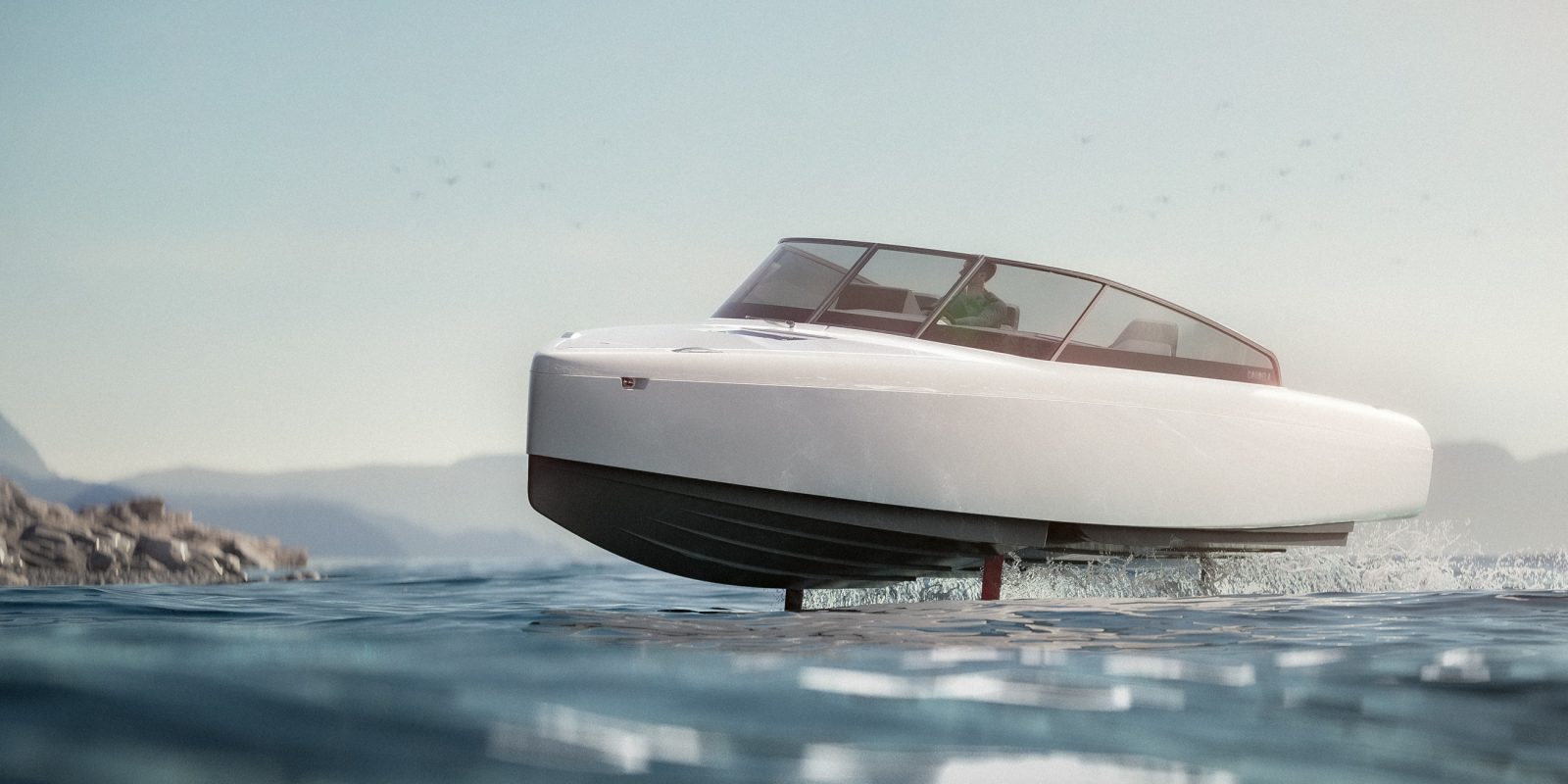 When Stockholm-based boat builder Candela launched its C-8 electric hydrofoil boat last month, the company considered it to be the “Model S moment of leisure boats,” replacing its largely hand-built C-7 with a mass-produceable product that was superior in many ways.

Now Candela’s investment is paying off as early sales figures show that the C-8 is handily outselling its gas-powered competition.

The C-8 is a 28-foot pleasure boat that has a few neat tricks up its sleeve.

Not only is it electrically powered instead of relying on a gas-powered outboard motor, but it also flies above the water on a pair of hydrofoils.

The boat makes use of a silent new thruster known as the C-POD, which was also developed by Candela. It uses a pair of counterrotating propellors each powered by an individual motor completely submerged under the water.

The C-POD was developed for the C-8 as part of a new design philosophy that shifts Candela’s hand-built assembly into mass production. That mass production has allowed Candela to offer the C8 – which is larger and much better equipped – for the same price as the smaller C-7 already in use around the world.

The Scandinavian company unveiled its new C-8 boat just six weeks ago and has already sold more than 60 units. To put that into perspective, consider that Scandinavia is the leading boat building region in Europe. The best-selling boat manufacturers in Scandinavia sell between 100 to 120 28-footers every year, putting Candela on track to outsell those manufacturers easily. That feat is made all the more impressive when you consider that most of those gas-powered boats cost half of the €290,000 C-8.

“According to our data, the C-8 is the second or third most sold powerboat in the 28-foot category in Scandinavia. Not just electric boats, but any type of power source. By year’s end, we expect to have a real impact on combustion engine boat sales in this size category.”

Keep in mind that we’re also talking about a niche industry here. These 28-foot luxury boats don’t grow on trees, and these aren’t your typical fishing boats or river skiffs.

The Candela C-8 is fully loaded and includes many important features, such as a below deck cabin with sofa for four people (that converts into sleeping for two adults and two children), a bathroom with toilet and a freshwater shower, optional hard top for cold environments or for sun protection, premium sound system (which is apparently a unique experience in the cabin because the ride is virtually silent without motor noise or any waves on the hull), and a 15.4-inch high-resolution touchscreen for navigation and controls.

And there’s the fact that the boat literally flies over the surface of the water – something that I was fortunate enough to experience a few weeks ago in Stockholm and which I’ll be sharing a complete video and write-up of soon. And that was just the C-7, not even the upcoming C-8 that is expected to blow the previous boat out of the water (c’mon, I just had to do it).

The C-8 also boasts huge maintenance and operating cost advantages over typical gas- or diesel-powered boats, and even over other electric boats. The sealed C-POD drivetrain is nearly maintenance-free thanks to a 3,000-hour maintenance cycle (compared to around 100 hours for gas boats).

The C-8 is also 95% cheaper to operate than gas boats and more efficient than any other electric boat, resulting in lower electricity costs, too.

The hydrofoils that are responsible for the increased efficiency make for a much smoother ride. Unlike flat bottom or v-hull boats, Candela’s hydrofoil boats fly above the water and leave no wake. The C-7 stays around 70 cm or around 2 feet above the water and passes through most boat wakes without touching the surface.

The larger C-8 will be able to handle choppier water and 3-4 foot seas while remaining in flight. When waves do get too high, the sophisticated flight controller lands the boat back in the water.

When seas are too rough and prevent hydrofoiling, the C-8 can also be operated as a conventional boat, albeit with reduced range. Pushing a button on the touch screen will retract the hydrofoils into the hull, which is also useful when entering a shallow harbor or when storing the boat on a trailer. When driving in Shallow Mode, the C-POD motor and hydrofoil are retracted and fully protected from both fouling and hitting submerged objects.

With a top speed of 30 knots and a large enough battery to fly at 20 knots for 2.5 hours, Candela’s boats are designed for recreational boating and day cruising. The 45 kWh battery offers a maximum range of 50 nautical miles (92 km).

The company also has plans for more utilitarian uses, such as the P-12 electric hydrofoil ferry that will begin shuttling passengers around the Stockholm archipelago next year.