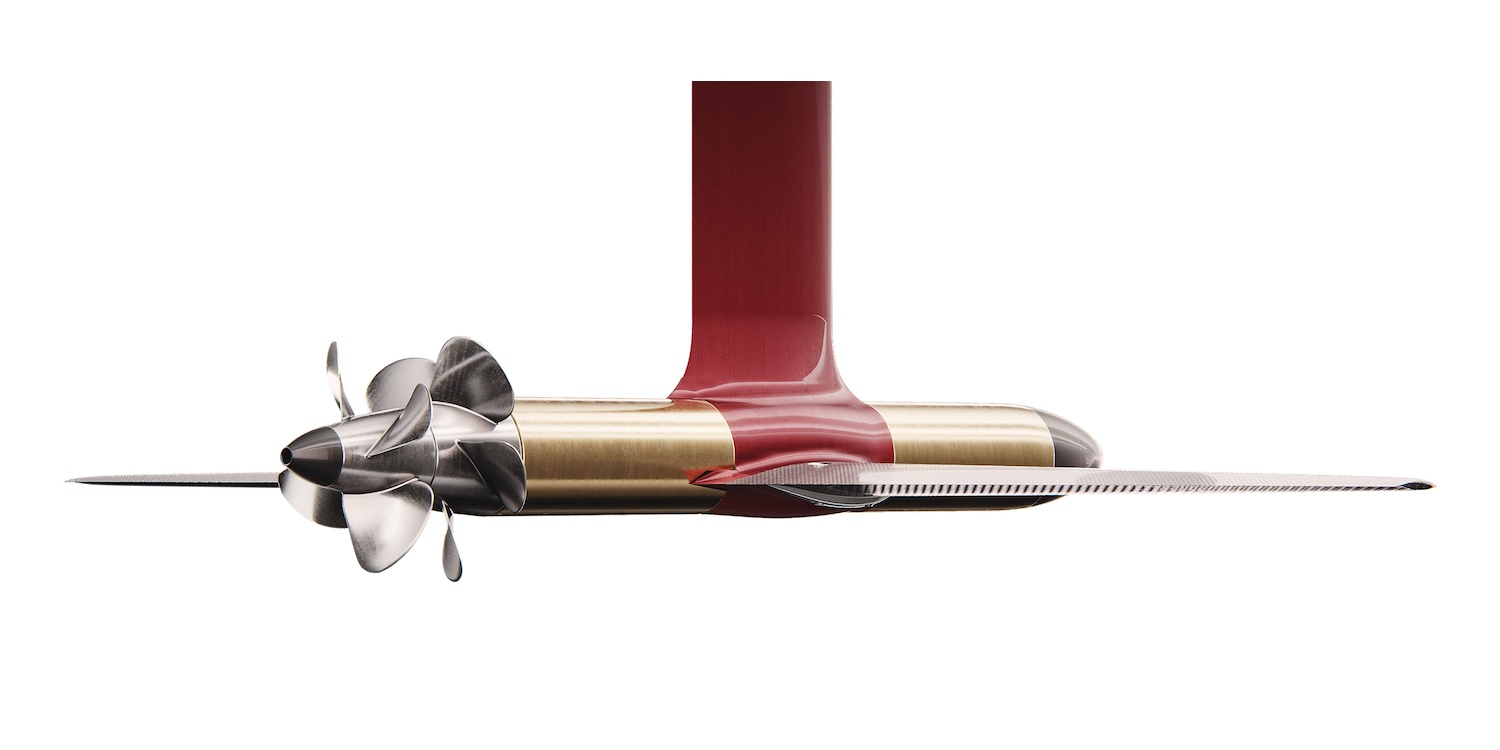 Swedish electric boat manufacturer Candela has just unveiled a revolutionary new electric drive unit known as the C-Pod for its premium electric boats, and it’s an engineering work of art.

Candela claims that these are the highest-efficiency and longest-lasting boat motors ever.

The company’s patented C-Pod consists of two electric motors. Each drives a counterrotating propeller to provide a combined power of 50 kW (67 hp) per pod.

That high power comes despite the drive pod having an ultra-compact, torpedo-shaped design and weighing just 50 kg (110 lb).

Additionally, the C-Pod was designed to have an “almost unlimited lifetime,” thanks to the design’s long maintenance interval of 3,000 hours and lack of oil changes or other major upkeep. For a typical recreational user, that results in years of use without maintenance. Or as Candela CEO Gustav Hasselskog put it:

For the average leisure boat user, this means you can just use the motor and forget about the usual hassle with service and winterization. The C-Pod will outlast you and probably your kids as well.

Fossil-fuel-powered boat motors are notoriously loud, but even electric outboard motors have an audible gear whine that comes from linkage transferring power to a submerged propeller. Candela’s C-Pod is essentially silent because it lacks gearing or other linkage and the entire unit is submerged under the water.

The first major problem was creating enough power from a slim, torpedo-shaped pod. Electric motor power isn’t directly related to the diameter of a motor. Instead, that’s largely a function of torque. Power = torque x RPM, and so to maintain high power, the designers reduced the torque with a narrower motor but made up for it with higher RPM.

That led to another problem: cavitation. When a propeller spins too fast, it actually creates air pockets in the water formed by drawing a vacuum, and in effect, boiling the water locally. This kills efficiency and damages the propeller over time, and so the team avoided it by using two smaller counterrotating propellers. The pair of smaller diameter propellers greatly improved efficiency and allowed higher RPMs to be used.

But to avoid creating any additional complicated linkage to drive two propellers from one motor, two motors were used with direct-drive shafts. This also helped reduce the maintenance to increase the service life of the entire pod and significantly increased the drive’s efficiency.

A large added benefit with two propellers is the very much lower propeller losses. A conventional single prop set up has losses of more than 30%. Around 20 of the 30% is burned on giving the water a rotation. After the propeller, the water does not only flow backwards, it is also circulating – a movement of no use.

By putting a propeller behind another propeller and letting them run in opposite rotational directions, the flow after the second propeller can be made to go completely straight. Then you end up with roughly 30% losses in the leading propeller and only 10% in the trailing one – moving the overall efficiency from 70 to 80% which translates into a 14% increase in range.

Lastly, the team had to solve the heat issue. Any electric motor can put out additional power simply by increasing the current supply. But an overly powered motor will quickly burn itself out without effective cooling. The long, streamlined shaped of the pod and its submerged design meant that the motor is cooled by a large volume of water that spends a long time in contact with the sides of the motor. That allows the motors in the C-Pod to operate at higher power levels than outboard electric motors that don’t have the advantage of constant water cooling.

The 50 kW motors are highly efficient, but are made even more so on Candela’s boats due to their hydrofoil design. Candela’s 12-person and 28-foot (8.5 meter) P-12 hydrofoil water taxi can use a single C-Pod to reach 30 knots (34.5 mph or 56 km/h). Candela’s larger 30-person shuttle ferry, the P-30, would require two C-Pods to reach that speed.

And don’t forget how efficient those hydrofoil boats are. By flying above the water, they use 80% less energy than a typical boat that planes on the water’s surface.

This isn’t just a huge step up from fossil-fuel-powered motors, thanks to the lack of spewing exhaust and the much longer maintenance cycles, it’s also a big step up over current electric boat motor technology.

The literally silent operation means you can be zipping along at high speed while hearing nothing but the sound of water lapping against the hull. And in the case of Candela’s flying hydrofoil boats, you’d be hearing almost nothing at all. How cool (or eerie) is that?

If I may say so, the whole drive is also a seriously elegant design. Just look at the video below to see how they put this thing together. It’s an engineering work of art.